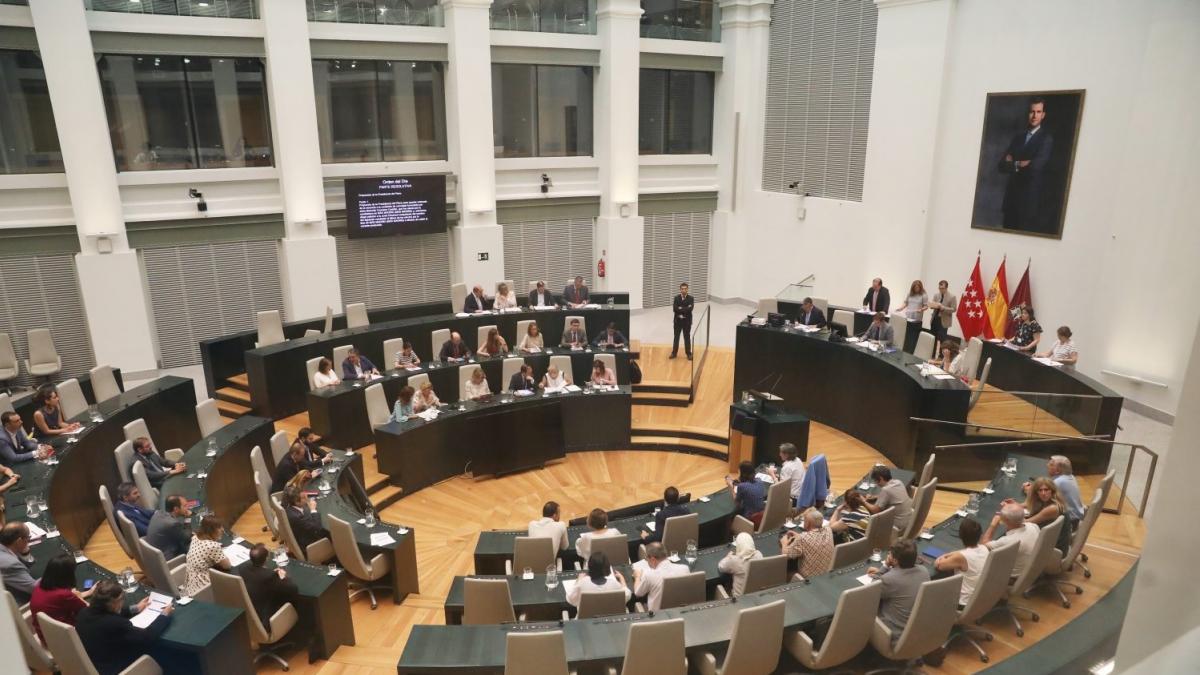 Feminism has once again divided the capital’s left and right for the second year in a row. The people of Madrid have already been left a year ago without the classic institutional statement read by those responsible for the City Council for Women’s Day. This March 8, the municipal groups have not reached a consensus on the text proposed by the PP-Cs Government.

Neither Más Madrid, nor PSOE and not even Vox – the group that supported the investiture of Almeida and Villacís – have given their support to the text of the popular and the oranges in defense of women. “On January 28 we made a proposal that we sent to all political groups and on February 11, two weeks later, we had no response,” the delegate for Families and Equality, Pepe Aniorte, recalled this Tuesday at the Cibeles Plenary. A few days later, Vox and Más Madrid presented their rejection. “The socialists did not even answer,” claimed Pepe Aniorte.

In the absence of such an institutional declaration, both one bank and the other brought their own proposals with which to advance gender equality policies.

The vice mayor of the capital (Cs) and the spokesperson for the popular in Cibeles, Andrea Levy, have presented six initiatives together, of which only two have been approved thanks to the support of Vox, since the left groups voted all in against. Thus only two points have come forward. With the first, the City Council undertakes to “celebrate the life and memory of so many women who have made it possible for our current society to be a more just and inclusive society between women and men.” With the following they promise to “deepen the momentum of measures for conciliation, including co-responsibility, as an opportunity to balance work and family life.”

Thus, four other points have been left out of the debate. One of them consisted in “recognizing the achievements made so far as fundamental steps towards achieving the objective of real equality between women and men”. The other called for “continuing to advance in the implementation of measures aimed at eliminating violence against women, especially the roadmap set out in the agreement of the 21 measures approved in November 2019.” The third read: “Publicly condemn displays of hatred towards women and denial of gender violence.” And finally: “Congratulate and continue supporting organizations that work for women’s rights.”

To these rejected proposals are added the other five presented jointly by Más Madrid and PSOE. The opposition bench asked that the Madrid City Council undertake “to provide all districts with equal opportunities in the current legislature”, as well as to promote gender mainstreaming in all municipal policies, establishing a strategy of mainstreaming and Install a plaque recognizing the role that women have played in managing the pandemic.

On the other hand, the left asked – in vain – that Madrid be endowed with an equality ordinance and that “the recently eliminated General Directorate be restored”, which for the delegate of the area – who has emerged today with his disapproval – it is nothing more than a “hoax”.