Skip to content
HomeSportsFigure skating: Sara Hurtado, after the operation: “Now it’s my turn to ‘dance’ to the rhythm my shoulder says”

Figure skating faces a recovery period of about six months

Sara Hurtado and Kirill Jalyavin, during the last European figure skating on ice. .

“I sleep in a hammock on the beach of my mother. It is the best way I have found to lean the body less, still horizontally my shoulder hurts a lot, “she confesses Sara Hurtado, five-time champion of Spain in the form of figure skating dance on ice.

After three months away from the ice, double confinement in Moscow due to the coronavirus pandemicSara Hurtado resumed training with Kirill Jalyavin, her partner in dance for four years. 15 days ago, He hurt his right shoulder in one during one of his regular preparation sessions.

“He was going horizontally on the ice with his right hand extended back, we lost the support on the leg that we were skating. It was impossible to change the reception of the fall. I went to the ground and my shoulder was beaten with my weight and Kirill’s on top“recalls Hurtado.

They are six months of recovery; I think it will be for the World Cup in March “

Once relocated, the tests arrived to see the extent of the injury. “I was puzzled that I was not able to return to the natural posture of the shoulder. I never had such intense pain and look, it has fractured my tibia and opened my head,” he laughs. The resonance revealed the rupture of the labrum (holds the head of the number within the concavity of the shoulder).

The diagnosis opened the door of the operating room. The alternative was a loss of mobility of 55% and the shoulder to come off in any movement. “I can not seek excellence if I am afraid to dislocate again,” he analyzes.

Hurtado headed for Spain. I got a plane ticket to Barcelona. Then by AVE to Madrid. On July 27, she underwent surgery. He damage was greater than expected. Not only did the front of the labrum break, but the back as well. “I also had another piece turned around and part of the biceps insert off the hook,” explains the two-time Olympian. 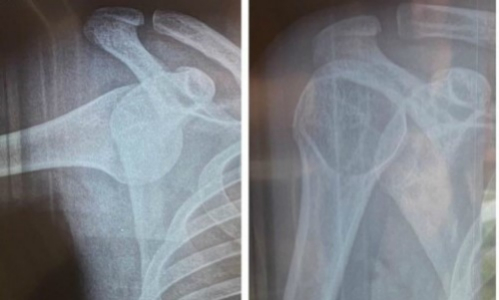 The operation was successful. In a few days the stitches will be removed, but you have four weeks left without moving your shoulder. Then, three months of rehabilitation together with Rafael Jcome, physical therapist and director of the Medical Services of the Madrid Winter Sports Federation. The full recovery is estimated within six months. “I think it will be for the World Cup in March, if it is finally celebrated on that date,” he says.

He Returning to Madrid, he was charged with emotions when he reunited with his family.. “I am with them no matter what happens, now everything is a matter of time. The shoulder sets the pace. I go day by day, doing what I can do at all times. Now it is time to rest and some exercises so as not to lose mobility. I concentrate in the now, which in addition to these times that are running with the pandemic call that, we don’t know what will happen in a month, “he reflects.

I focus on the now, which also these times that run with the pandemic call that “

Hurtado has been alone in Moscow since 2016. She left to train. “I am very independent and I find it difficult to ask for help. If I can do it with my left hand, I do it; but here I have my grandmother who tells me that she is ready to do it. This is a good learning of patience and of losing control“says the skater, who achieved the first Spanish medal in ice dance at an ISU Grand Prix (silver with Jalyavin at the 2018 Rostelecom Cup).

Talk daily with Kiril, who continues with his workouts. They are both one. They were seventh in the last European. “He is always there, he helped me a lot these days in Moscow. He must now continue training, maintaining the technique so that that part is strong and compensates what I have to recover when I return,” he says. On the horizon is 2021 and the qualification for the Beijing Games. “If the operation has had to be, almost better now that there are no competitions nearby,” he explains. 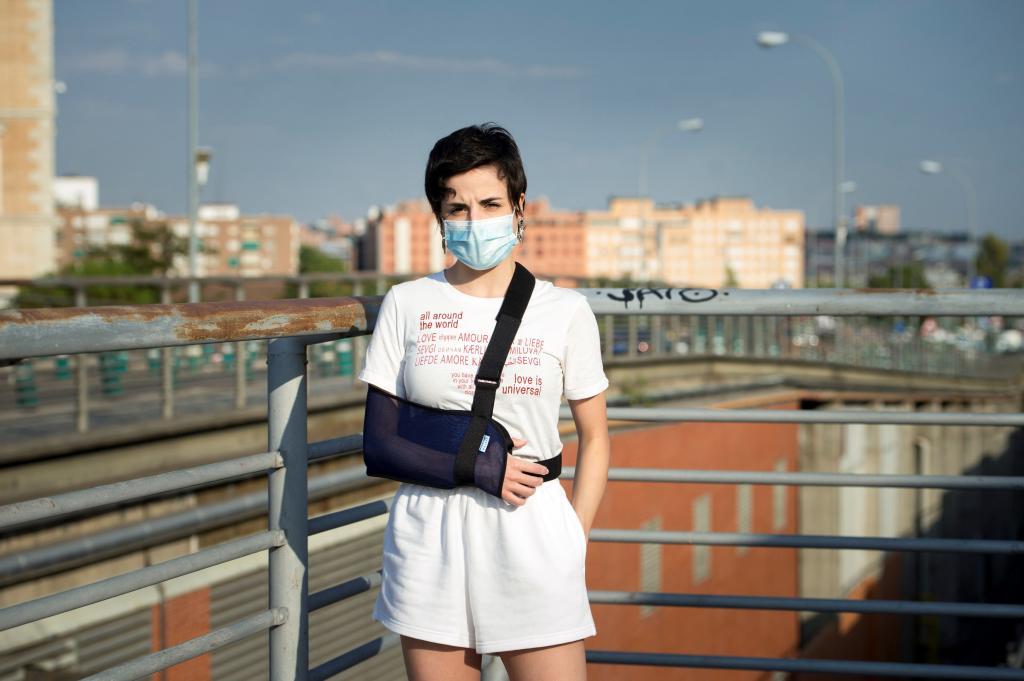 The injury has allowed her to value the people around her even more. From the speed of medical insurance to arrange your return to the attention of your physio or to the messages received, some unexpected. “Ignacio Galn, President of Iberdrola, sent me a basket of fruit and a personal message wishing me the best and a speedy recovery. I highly appreciate him, who is watching out for an athlete like me. In these hard times you see who loves you from the heart” .

Among the messages of the athletes, remember that of the canoeist Javier Hernanz: “As he has had shoulder problems, he told me that this was two days and that the sofa was going to be my best friend to sleep,” he confesses with a laugh. In the end, it was not a sofa, but a beach hammock.