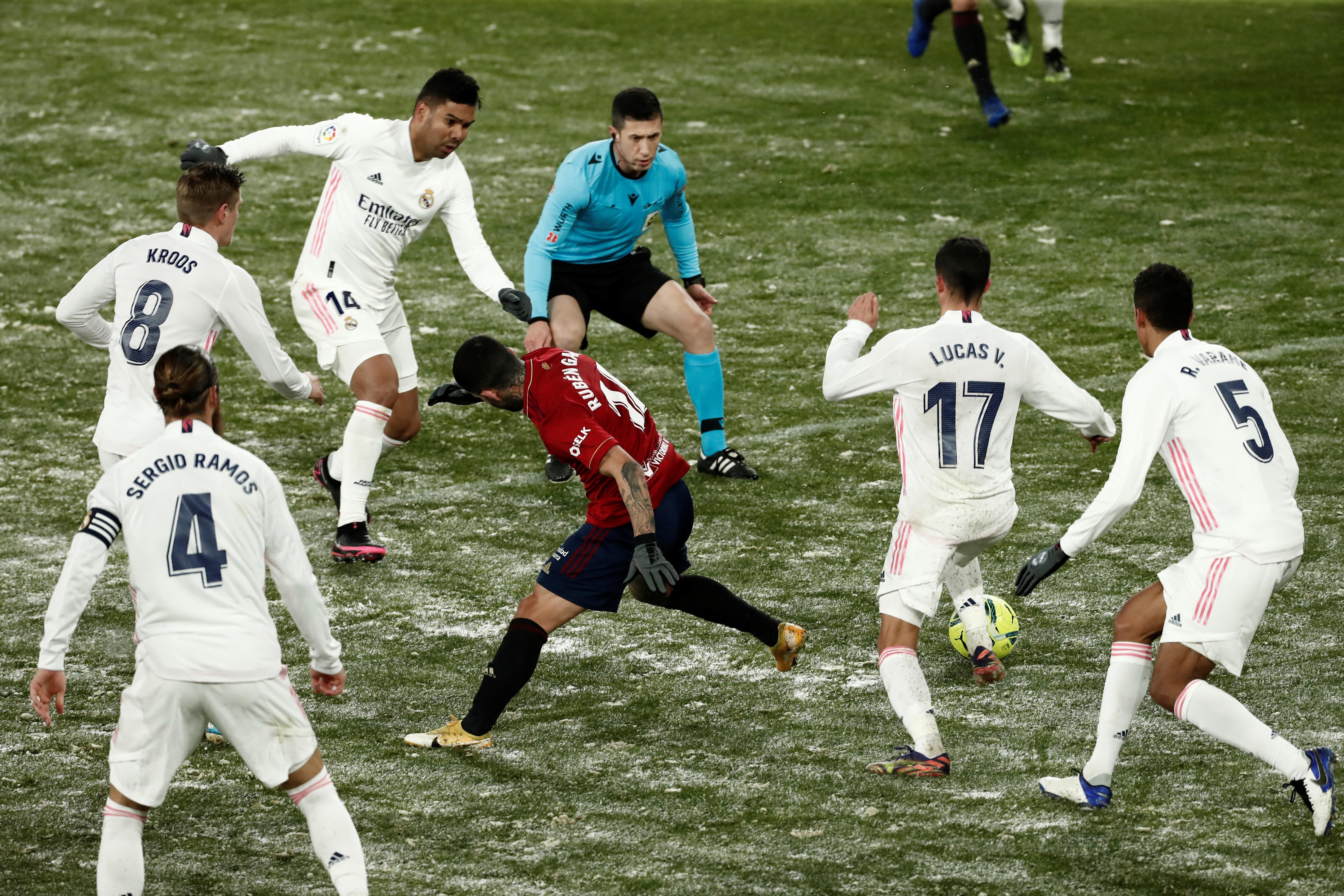 Real Madrid will spend its third night in Pamplona this Sunday, from where on Monday morning it will fly directly to Malaga for the semi-final of the Spanish Super Cup on Thursday against Athletic at La Rosaleda. The decision was made just under an hour after Eurocontrol, the European body in charge of coordinating air traffic on the continent, announced that Barajas airport would not allow landings until after 10pm this Sunday. The aerodrome will resume operations earlier, from 5:00 p.m., but only for flight departures of aircraft that had been stranded at the airport due to the storm.

It is the next chapter in an eventful trip to Navarra to play against Osasuna on Saturday night at the crudest moment of the Filomena storm. The team, which under normal conditions would have flown to Pamplona on Saturday and would have returned that night after the match, advanced the outbound flight to Friday at the request of LaLiga to try to ensure its presence at El Sadar the next day. In fact, his flight, after the expedition spent almost four hours blocked inside the plane on the runway, was the last to leave Barajas that night, which at that point no longer allowed landings.

The Madrid expedition studies its work plan once in Malaga, where it will train on Monday afternoon or Tuesday morning to begin preparing for the semifinal of the Super Cup. This Sunday at noon he has only been able to carry out an activation session at the hotel where he is located in Pamplona.