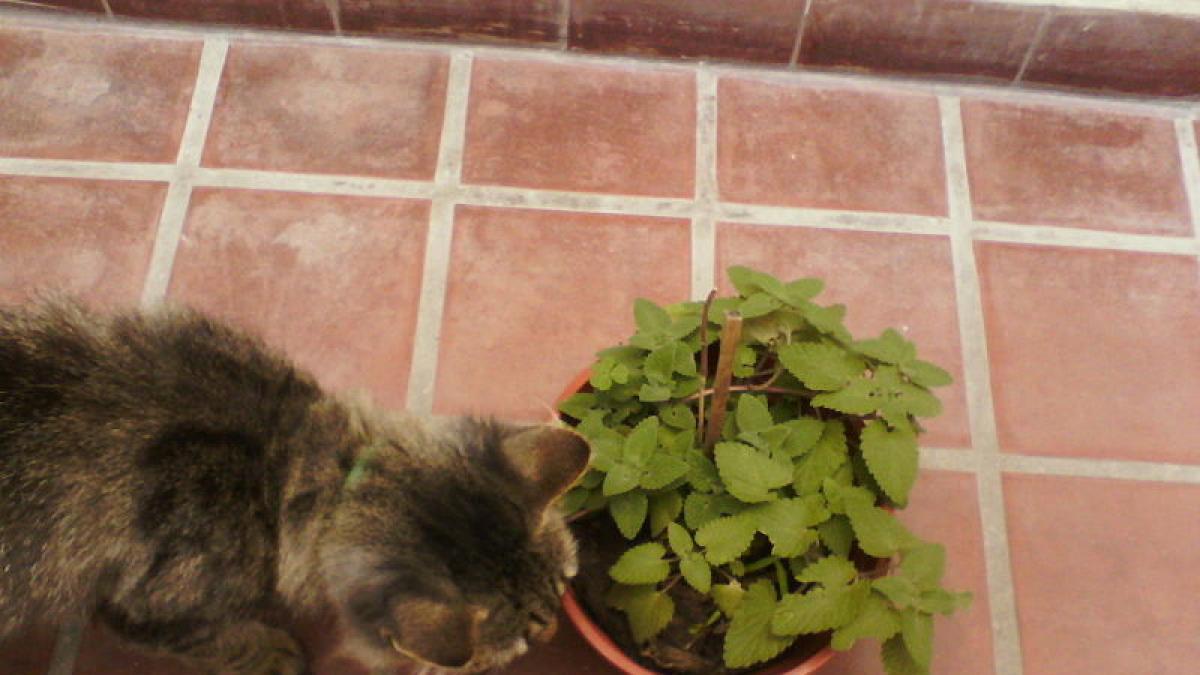 Everyone knows that catnip (known in English as catnip) causes sensations in cats comparable to those that some hallucinogenic drugs cause in humans: euphoria, chewing plants, rubbing with them … But a study has revealed that there is another reason why felines are attracted to this plant.

Nepetalactol, which is the most powerful active ingredient in catnip (Nepeta cataria) and the creeper (Actinidia polygama), gives cats a chemical defense against mosquitoes, according to research published in Science Advances.

The study, led by Masao Miyazaki, from the University of Iwate in Japan, throws new clues about nepetalactol and how it affects the behavior of cats.

Nepetalactol had been previously associated as a mosquito repellent, but “our data is the first to show it,” Miyazaki told Gizmodo.

The scientists say their study “is the first to show that nepetalactol is a potent bioactive compound for cats “.

After contacting the plant, cats often rub their heads and faces against the plant, roll on the ground and they are euphoric. After about 15 minutes, the cats rest for about an hour.

To understand what’s going on, the researchers used 25 laboratory cats, 30 feral cats, and other big cats such as leopards, jaguars and lynxes.

“This study has found that nepetalactol is the main bioactive compound in vine leaves that induces the characteristic rubbing of cats,” the study says. “In addition, nepetalactol had a similar bioactivity in the Amur leopard, jaguar and Eurasian lynx. As most of the species analyzed so far have shown positive responses to catnip (13 of the 21 species tested out of a total of 41 living species in this family), it is likely that this characteristic response to nepetalactol is also common in many felines, “they say.

In addition, they detected that cats in contact with nepetalactol attracted less to mosquitoes: “These results show that nepetalactol, transferred to the fur of the face and head by rubbing the leaves, works as a repellent against A. albopictus in cats. This is compelling evidence that the characteristic rubbing and rolling response works to transfer chemicals from plants that repel mosquitoes to cats. “

What is not yet known is why this plant causes these effects in cats and not in other animals. Researchers suspect that the felines developed special olfactory receptors in its evolution. Now, they work to detect and identify them.