The world champion still does not show the desire to win that has always distinguished him. The tie was this time with the Indian Pentala Harikrishna, who defended very well, like the five previous rivals who drew with Magnus Carlsen, already lagging behind in the 5th to 8th places with six rounds to go before the closing of the Tata tournament. in Wijk aan Zee (The Netherlands). His only victory, in the 1st round, was against Iranian Alireza Firouzja, who is now in the leading group.

Carlsen has not been interviewed by the tournament press officer for the third day in a row. And he has not published any tweet since Monday reflected that it was the 21st of the year 21 of the 21st century. It would be an exaggeration to say that he is playing badly, but he lacks that bite that causes fear in his rivals when he virtuously squeezes the smallest details of each position.

This drought of victories will only be an anecdote if, as he has done so many times, he scores very high against his theoretically most fearsome rivals: the American Fabiano Caruana (10th round), the Dutch Anish Giri (11th) and the French Maxime Vachier-Lagrave ( 13th); tomorrow he will face the Russian Andrei Yesipenko; on Tuesday, after Monday’s break, with the Swede Nils Grandelius; and in the penultimate round (day 30) against the Polish Radoslaw Wojtaszek.

These forecasts have a nuance, perhaps important: Vachier-Lagrave does not appear to be in shape. As he did on Thursday when he lost to Grandelius, the Frenchman captured the famous poisoned pawn that White often offers against the Sicilian Defense. Caruana introduced a novelty on move 14, which left Black in a very delicate position. And the rest was a matter of pushing vigorously, and with great brilliance, by the American. 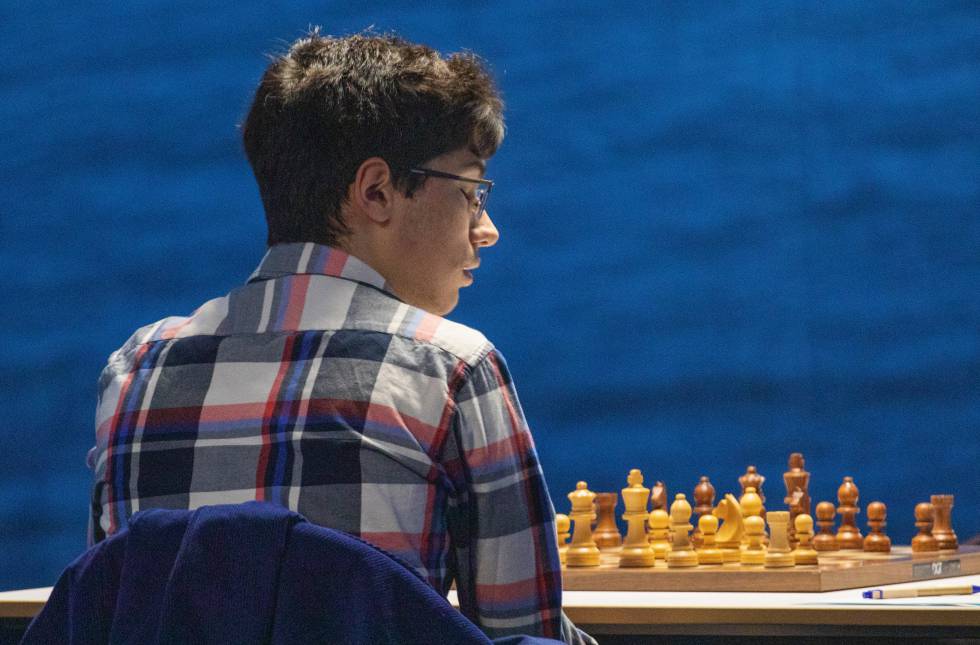 Caruana is the leader along with Firouzja and the two Dutch, Giri and Jorden Van Foreest, winners today of Grandelius and the Norwegian Aryan Tari, respectively. The 17-year-old Iranian continues to show flashes every day of his enormous potential: almost always, because of his great tactical ability and love of risk; sometimes because of his fine positional sense; and today because of the depth with which he managed a finish with very little advantage against the Polish Jan Duda. It is true that it is still to be polished, especially in time management, but there is no indication that Carlsen is wrong when he points to him as a candidate for his throne in the not too distant future.