Warner Bros. (via Entertainment Weekly) has finally revealed the first images of ‘Mortal Kombat‘, a live action film adaptation of the successful fighting video game series created by John Tobias and Ed Boon and developed by Midway Games. The film will have its simultaneous premiere both in theaters and on HBO Max on April 16.

The film is directed by newcomer Simon McQuoid from a script by Greg Russo. Its international cast is made up of Joe Taslim as Sub Zero; Ludi Lin as Liu Kang; Jessica McNamee as Sonya Blade; Josh Lawson as Kano; Tadanobu Asano as Raiden; Mehcad Brooks as Jackson “Jax” Bridges; Chin Han as Shang Tsung; Hiroyuki Sanada as Scorpion; Max Huang as Kung Lao; Sisi Stringer as Mileena; and Lewis Tan.

The new ‘Mortal Kombat’ movie will follow a male lead who will be drawn into an interdimensional tournament. As a result of that experience, the protagonist will begin to realize his true potential. James Wan produces the project with Todd Garner through his label, Atomic Monster, with Larry Kasanoff, E. Bennett Walsh, Michael Clear and Sean Robins serving as executive producers.

The first ‘Mortal Kombat’ video game was developed by Midway Games and released in 1992. The story shows a variety of fighters from eighteen different kingdoms facing each other in an epic tournament. A few sequels have followed the original game with the most recent, ‘Mortal Kombat 11’, released in April 2019.

To date, there are two ‘Mortal Kombat’ movies released. The first in 1995 under the direction of Paul WS Anderson. Two years later came its sequel, ‘Annihilation’, a film that paved the way for two television series: the animated series ‘Defenders of the Realm’ and the live action series ‘Konquest’. In addition, we have had the opportunity to see two web series created by Kevin Tancharoen. 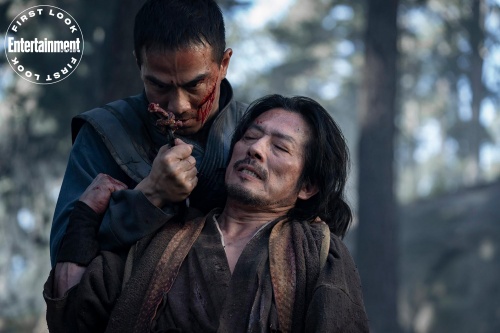