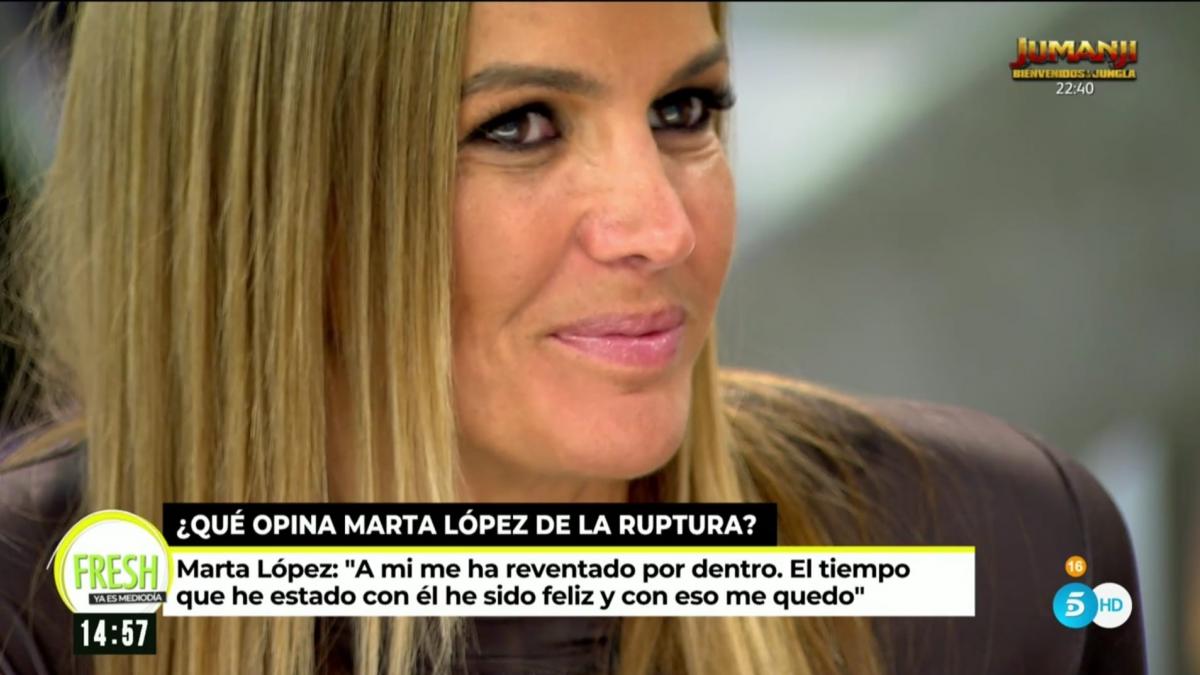 The news of the break between Efrén Reyero and Marta López has caught many by surprise. The extronista entered this Sunday in the Mediaset program of The strong house, where he announced live that his relationship with the collaborator was over.

After Efrén’s statements, some speculated that Marta López had found out about the end of their relationship live, something that she herself has denied this Monday in It’s already noon. The Telecinco collaborator explained that she and the contestant They had a conversation almost two weeks ago in which the relationship could be ended.

However, López has said that she did not know that her ex-partner was going to enter The strong house and that the news left her devastated. “I thought it could be solved and the next thing I come across is this”, has commented the gathering.

His program mates have been interested in his current state of mind that, due to the emotion with which he was recounting the details of the breakup, it seemed that it was not the best. “It has blown me to see him, but I respect him”, has recognized the former contestant of Big Brother.

Marta López explained that despite how the end of their relationship has developed, she has great affection for Efrén, due to the friendship that has united them for 12 years.

Alba Carrillo, partner of the collaborator, has been very critical of the contestant whom she has described as a “scoundrel”. In addition, Carillo has accused the former tronista of seeking financial and media revenue from his relationship with Marta.