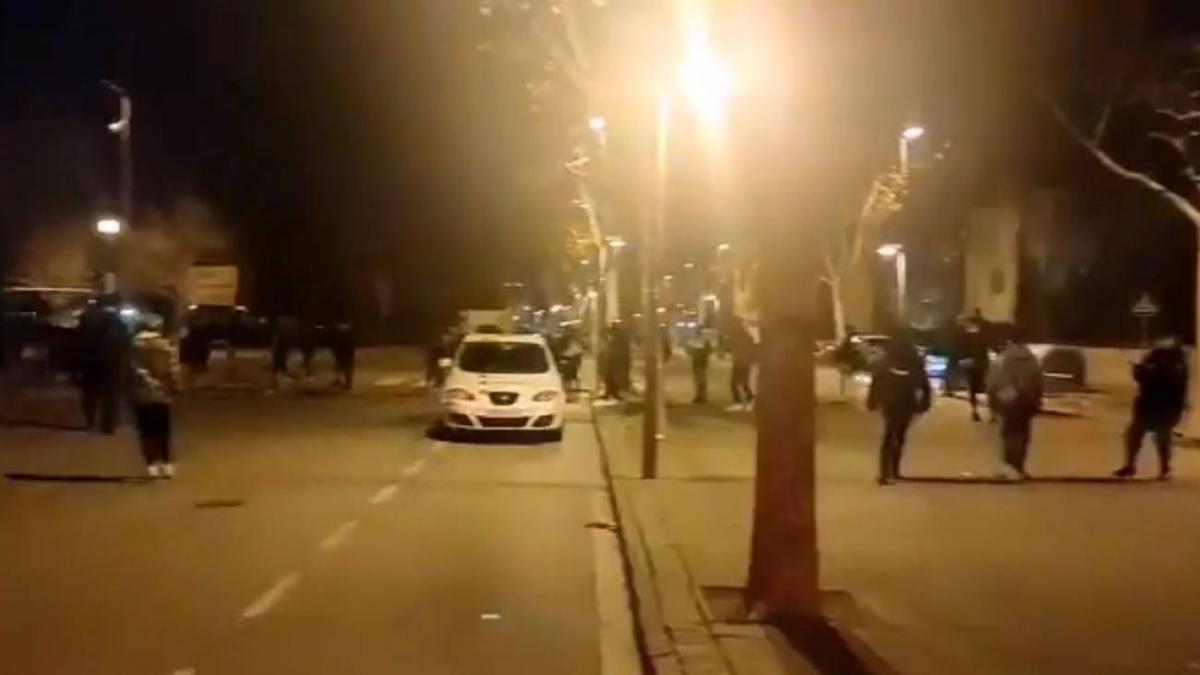 The Mossos d’Esquadra have detained four people, two of them minors, who allegedly participated last night, together with a group of about 60 young people, in an action of harassment, harassment and assault on the agents of a Catalan police patrol car in Pallejà (Barcelona).

According to sources from the Mossos d’Esquadra this Sunday, the detainees are accused of public disorder and attack on law enforcement officers, since, according to the police, they were the main protagonists of the incidents.

The agents arrested this Saturday night two people, 18 and 19 years old, and this morning they detained two minors old.

The Catalan police have also identified and sanctioned several more young people for failing to comply with the health measures imposed against Covid-19.

The events occurred around 21.00 hours of this Saturday when the local police of Pallejà was in the street Joan Maragall of the town, where some young people were setting fire to some containers.

After being rebuked by a group of young people, local police officers they asked for support to the Mossos d’Esquadra.

When the first team of the Catalan police arrived at the scene, the young people began to insult and throw objects and stones against the police car and the officers and did not disperse until other reinforcement patrols arrived.

In the images recorded by mobile phones of the neighbors and posted on social networks, they show how the young people, who also kicked the rear-view mirrors of the Mossos patrol car, insult the agents and one of them shouts “Welcome to Pallejà, you bastards”.

The event, which was settled without any injuries, caused material damage to the car of the Mossos, which continue to investigate the events and do not rule out further arrests.

In statements to TV3, the deputy mayor of the Pallejà city council, Albert Segura, has been surprised by the “level” of clashes.

In addition, he has said that, in the municipality, they are not usual large meetings, but “as everywhere, there is a certain percentage of non-compliance with the rules” established to control the pandemic, although “never” with the problems of this Saturday and that, normally, when the police warn or sanction people, the problem ends.

The Pallejà city council will study if it is presented as private prosecution if.