The British Tyson fury will defend this Saturday night the heavyweight title of the World Boxing Council (WBC) against the former champion of the division Deontay Wilder, in the central fight of the T-Mobile Arena in Las Vegas, which for a large part of the specialized press is the most important of the year.

Fury and Wilder will meet again in Las Vegas.

In this evening, which will be televised by the cable signal ESPN + from 10 p.m., the Argentine Marcelo Esteban Cóceres will be present, who will face the undefeated Puerto Rican Edgar Berlanga for the vacant super middleweight belt of the North American Boxing Organization (NABO) . 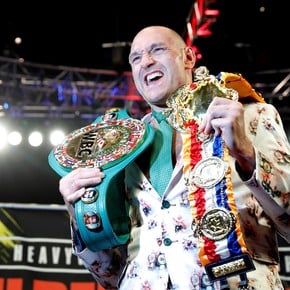 The clash between Fury and Wilder will be the third between them, all with the heavyweight title at stake. The first was on December 1, 2018, at the Staples Center in Los Angeles, and ended with a controversial tie and the second, on February 22, 2020, at the MGM Grand in Las Vegas, It was won by the British by technical knockout in seven rounds. 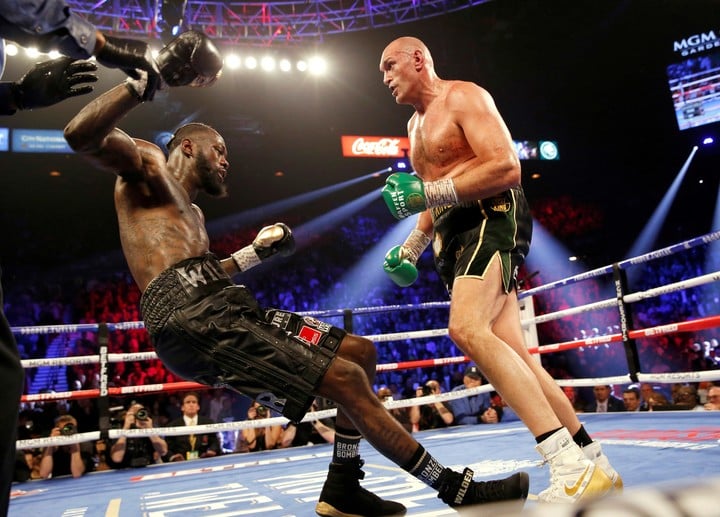 Wilder falls to the canvas.

This fight was supposed to take place last August but Fury tested positive for Covid and the third crash was postponed.

Both Fury, who scored 277 pounds (125.6 kg), and Wilder, at 238 (107.9), come into this fight with the most weight of their careers. The champion weighs almost two kilos more than when he knocked out Wilder in the seventh round of their second meeting in February 2020, and more than nine more than in their first fight, which ended in a draw in December 2018. While the challenger He’s seven pounds over the weight he presented in his loss to Fury 20 months ago, the last time both fighters stepped into a ring. 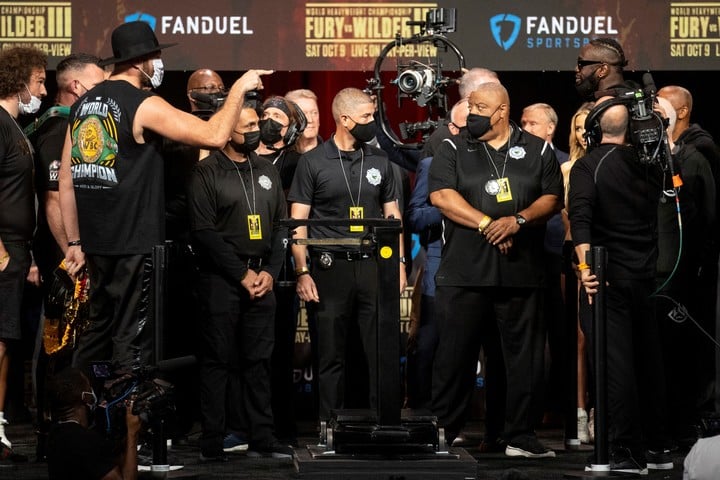 Tyson Fury, left, points to Deontay Wilder, located right, at the weigh-in ceremony for this third match between the two.

Asked about the relevance of his weight, Fury replied: “It means the total annihilation of a bum. That’s what it means to me: 277 pounds … I’m going to put him in the infirmary after this fight, don’t worry about it.” . And he added that he imagines the combat “with him seriously injured on the ground, destroyed, as if he had been run over by an 18-wheeler.” “I can’t wait for Saturday night. I’m going to hurt him a lot. He will be unrecognizable after the fight, “he said. 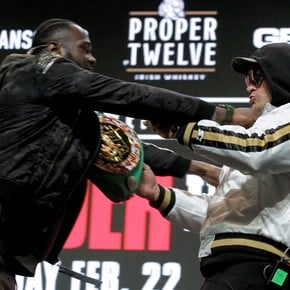 The 33-year-old Briton was a WBA, IBF and WBO heavyweight champion in 2015 and vacated the titles to take a break from the sport for two and a half years. He comes into this fight with the formidable record of 30 wins (21 KO), 1 draw and no losses.

Wilder, 35, has not fought since the loss with Fury and has a record that speaks for itself: 42 wins (41 KO), no draws and 1 contrast.