Get ready to discover your inner self in Life is Strange: True Colors

From the hand of Deck Nine Games, the developers of Life is Strange: Before the Storm, In collaboration with Square Enix External Studios, arrives Life is Strange: True Colors a new adventure in a saga that has received excellent international reviews, whose fundamental link lies in the different perspectives that the user must take in the narrative situations that are proposed.

An even richer and more nuanced experience

In this installment, the development studio has used motion capture technology in order to offer the best visual aspect of the series to date. To bring the new faces to life, the full-body capture was shot simultaneously with the dubbing, for an even richer and more nuanced storytelling experience. To some extent the development has great similarities with television series, they share the same DNA, which try to capture the attention of the viewer at all times, while placing a greater burden on the actors and the director of the game himself.

Every second of cinematic animation is tailor-made for that moment, and the stories are told through every gesture, every shrug, every eye movement.

The result is incredibly immersive and compelling; there are no library animations, only the actors acting through the narrative.

A story of empathy, emotions and acceptance

Alex Chen hides his curse: the supernatural ability to absorb and manipulate the intense feelings of others. After the supposedly accidental death of his brother, Alex must learn to control his power to discover the truth and the dark secrets that a small town hides.

Alex has a supernatural sensitivity to the emotional states of others. And it is not just the ability to read or be aware of the emotions of others. If the people around her are feeling anger, or grief, or terror, Alex is overwhelmed by emotion and she feels it too. That gives you an empathic connection with that person and gives you insight into what is motivating or happening to you. So far this has been a curse and has alienated her from others, acting in ways that the people around her do not understand and probably condemn.

The story the player immerses himself in is that of Alex learning how to accept this curse, through hardships, and do something good with it. And by doing so, you make peace with who you really are. When his brother dies in a freak accident, Alex must learn to control his supernatural power of empathy to uncover the secrets that keep him from knowing the truth. Alex’s adventure, his power and his future are in the hands of the players.

Life is Strange has always been a franchise geared towards addressing social issues, particularly those surrounding identity and sexuality, and telling stories that ask players to engage with these issues in meaningful and thought-provoking ways. Life is Strange: True Colors seeks to continue this legacy by taking players to the forefront of a new kind of battle, the battle to love yourself when the whole world seems not to care. Although Alex may find romance in Haven Springs, that romance fades into the background in his story, leaving room for the kind of self-discovery he needs to truly grow. The first installment of Life is Strange made great strides in queer story and character development in video games, and now that work continues by having a queer female lead in a game that addresses issues beyond who she chooses to love.

Stories from a new perspective

Rendering in games today is better than it has ever been. We are seeing more protagonists who are women or people of color than ever before, and games are exploring increasingly diverse stories, themes and settings, and it is the same players who are looking for interesting and diverse games that touch on themes that they themselves have. to deal with in daily life. But this progress has been a tough fight on the part of developers and gamers alike. As long as studios remain committed to telling new stories from new perspectives, and gamers remain interested in experiencing them, the future of good representation in video games will be bright, and we hope that Alex’s story will only add to that progress.

Straight to the heart

Video games are a totally immersive medium, and this allows us to explore the inner world of characters, care about them, and engage in their story with a depth that other visual media sometimes cannot. Video games drop the player directly into the shoes of a character, making them see the world and the events that take place in it from their perspective. Narrative adventure games in particular go one step further by asking players to respond to the world around them as they think the character would. Through video games we can experience the joys, triumphs, prejudices and fears of another person in a way that we could never in real life. I think representation is so important in video games because they have great potential to connect the player with a character who can have crucial differences with them.

Video games try to provide new and stimulating visions of the problems that surround us all, the reality is that we are only human and we are not perfect. The goal is to create stories and experiences that can increase our mutual understanding and foster more empathy and kindness in the world, with a constant effort to always listen to the fan community, and to learn from each project to make the next one better.

The moving supernatural story of Life is Strange: True Colors is supported by a superb selection of licensed songs and original tracks by Angus & Julia Stone, mxmtoon and Novo Amor.

Music has always been a fundamental element in Life is Strange. The emotions and sensations that music is capable of provoking are an incredible tool in a game about empathy. Life is Strange: True Colors aims for players to feel the ups and downs in Alex’s path visually, emotionally, and audibly.

TV series on the way

Legendary Television (Pacific Rim: The Black, The Expanse) has recently announced that together with dj2 Entertainment they are working on the development of a television series inspired by the Dontnod video game. Shawn Mendes will serve as executive producer and select the music. They have also confirmed that Anonymous Content (For 13 Reasons, True Detective) will participate in the project.

Life is Strange: True Colors will be available for PlayStation 5®, PlayStation 4®, Xbox One, Xbox Series X | S, PC Steam, GeForce NOW, and Google Stadia on September 10, 2021, and for Nintendo Switch later this year. 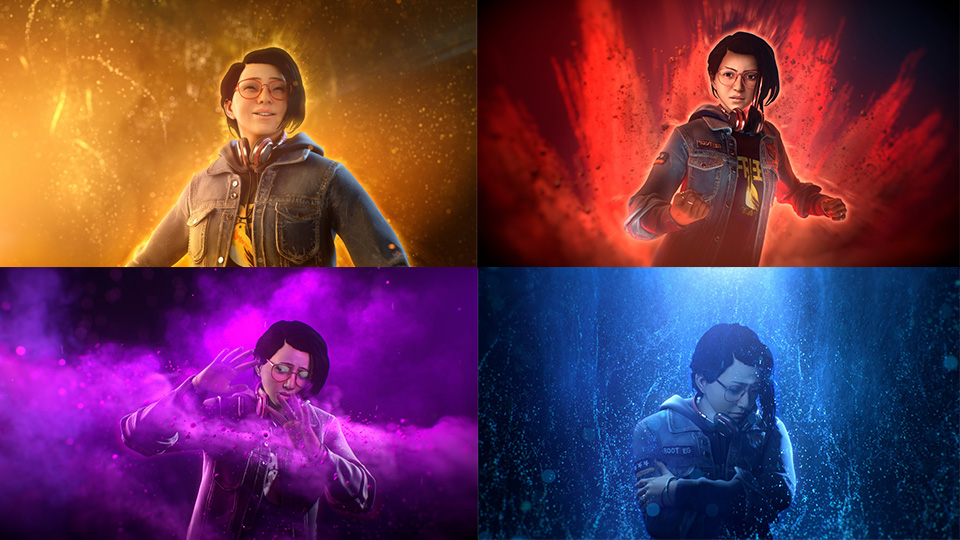 Weidmann resigns after ten years in the presidency of the Bundesbank

Quentin Tarantino says Kill Bill 3 could be his last movie