Rockstar games has released a statement apologizing for ongoing issues with GTA: The Trilogy – The Definitive Edition and promised that more updates will come to improve the experience for everyone. Rockstar also announced plans to restore the original versions of GTA III, Vice City, and San Andreas on PC, and asked fans to stop harassing their developers on social media.

“We want to sincerely apologize to everyone who has had problems playing these games,” Rockstar said in its statement. “The Grand Theft Auto series, and the games that make up this iconic trilogy, are as special to us as we know they are to fans around the world. The updated versions of these classic games were not released in a state that meets our own quality standards, or the standards our fans have come to expect.

Rockstar said it has “ongoing plans” to address technical issues in each game, and the developer is hopeful that all three games will eventually “reach the level of quality they deserve.”

In the coming days, Rockstar will release a new title update for each of the three games that contains improvements for “a number of problems.” The patch notes have yet to be released.

Rockstar also said in its statement that it is saddened to hear that people are attacking and harassing the studio’s developers on social media in the wake of the issues. “We kindly ask our community to maintain a respectful and civil discourse around this release as we work on these issues,” said Rockstar.

Finally, Rockstar said it will restore the original versions of GTA III, Vice City and San Andreas on the Rockstar Store in a package “shortly”. Games were removed from the list prior to the release of Definitive Editions, on both PC and console. However, Rockstar did not say if they will return to the console.

Everyone who purchases The Definitive Edition on PC through June 30, 2022 will get the classic GTA games through the Rockstar Games Launcher for free.

As Rockstar works on official updates, modders have begun creating their own fixes for the game’s visual issues and other issues. GameSpot’s Definitive Edition review rated the game a 4/10 and highlighted its various graphical issues.

According to a report, if the GTA re-releases work out well, Rockstar could remaster Red Dead Redemption next. Take-Two’s Karl Slatoff recently outlined Take-Two’s position on remasters, saying it’s about money. 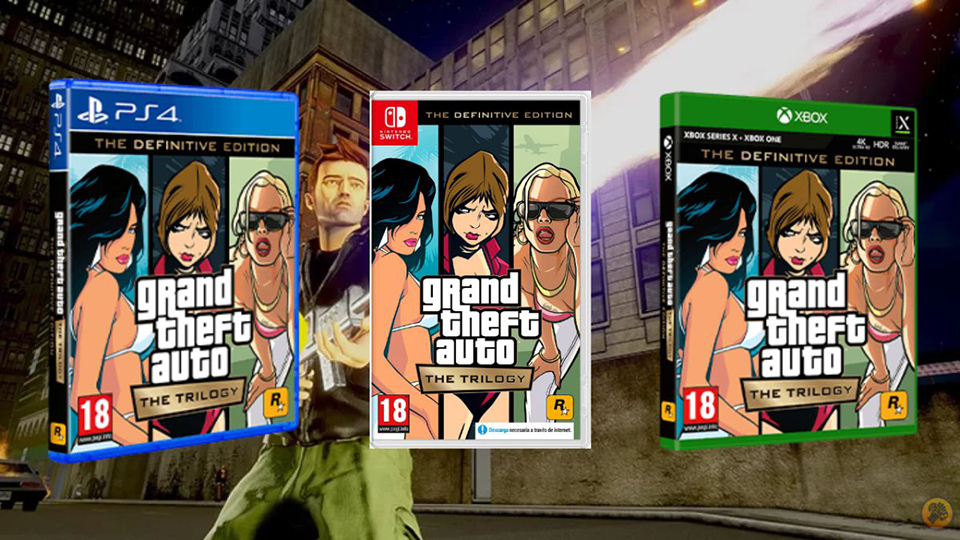 KOEI TECMO Europe and the developer Omega Force have unveiled the latest details for their upcoming tactical action thriller, DYNASTY...

Youtubers Life 2 will arrive in physical format on consoles

Tesura is pleased to announce a new collaboration with Maximum games and Raiser Games to distribute in Spain exclusively the...

Editors 505 Games, together with developers and partners One More Level, All In! Games, 3D Realms, and Slipgate Ironworks™, proudly...