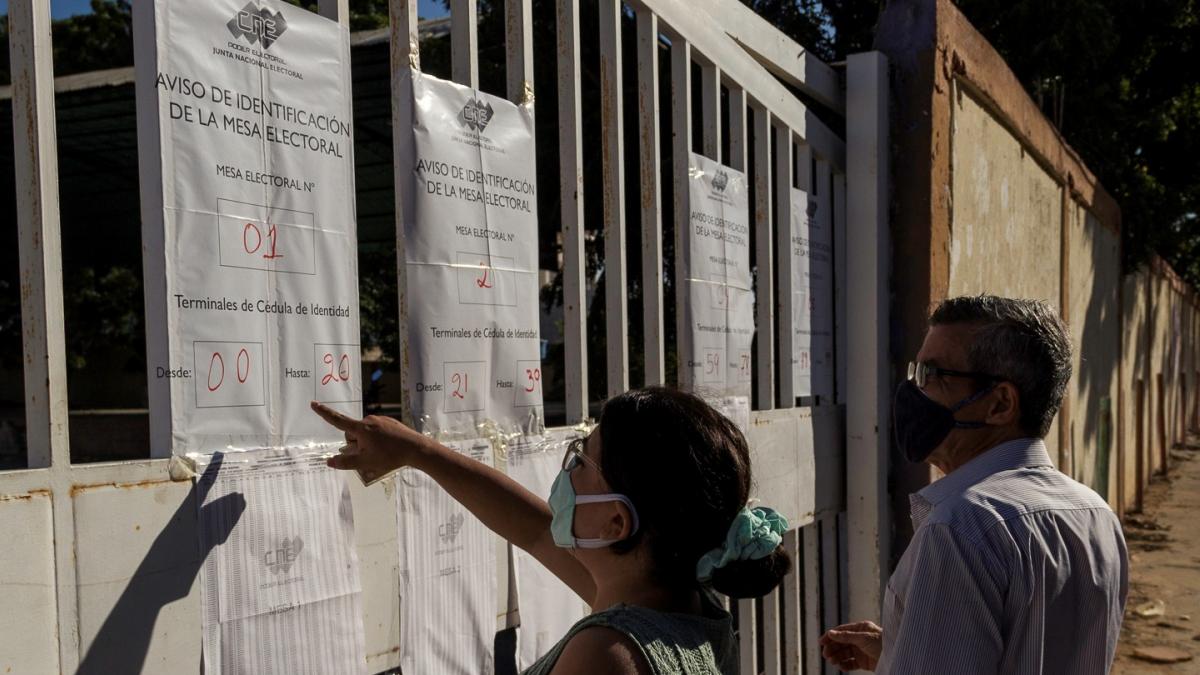 The opposition leader and self-proclaimed president in charge of Venezuela, Juan Guaidó, assured that the Venezuelan population has rejected the “fraud” of the elections Legislatures this Sunday in Venezuela not going to vote at the voting centers.

“In this voting center in the Macuto parish (La Guaira state) there are normally a lot of people when there is a vote. Today there is a fraud in our country that is clearly rejected in the images, in the videos (…). This polling station as early as 2015 I’m going to give you an image to contrast “, Guaidó said in a video posted on social networks.

“Today it is clear that the dictatorship keeps staying alone“, he stressed, while calling on the population to participate in the popular consultation called by the opposition to reject this electoral process and which is held between December 7 and 12, the last day in person.

In the area chosen by Guaidó in the 2015 elections, the opposition won with 64% of votes against 32% of the ruling United Socialist Party of Venezuela (PSUV).

Meanwhile, Guaidó’s presidential commissioner for the Center of Government, Leopoldo López, spoke from Spain, where he lives in exile, on the electoral process. “Today is not an election but a fraud, a trap, a sham. The loneliness we are seeing in the streets of Venezuela is the reflection of a decadent dictatorship without a people, “he declared, according to a press release from the presidency of the National Assembly held by Guaidó.

“An election cannot be a process that occurs with hijacked political parties, with leaders disabled, imprisoned and driven into exile, without a legitimate referee or reliable electoral observation and with a dictatorship that threatens by saying ‘who does not vote, does not eat’, “he added.

“Our position of absolute rejection of fraud has as a fundamental reason the commitment to achieve truly free, fair and transparent elections, where the people can choose their own destiny. It is not validating fraud that free elections are achieved “, said.

On the other hand, the Observatory Against Fraud, akin to the opposition, reported that participation reached 7.6% of the Electoral Registry throughout the country and that in more than half of the voting centers visited there was no queue of voters.

“We congratulate the people of Venezuela, who did not allow themselves to be blackmailed and that it is clear that this event is a theater of the regime to try to tell the world that they are democrats because they hold elections,” said deputy Nora Bracho, who also denounced that the 70 , 2% of voting centers have with “red dots” from the PSUV, which contradicts the Venezuelan electoral norms.

Furthermore, he added, in 55.9% of the voting centers and “red dots” they are requesting the Carnet de la Patria; in 15.7% of the “red spots” there is a distribution of food, CLAP bags and other social benefits; In 53% of the voting centers, members of the PSUV have been identified using assisted voting to coerce the voter and in 69.9% of them, CLAP boxes have been identified mobilizing and monitoring voter participation.

“Thanks for staying home”

On the other hand, Deputy Ivlev Silva, also from the Anti-Fraud Observatory, pointed out that in 56.3% of the voting centers the basic measures to avoid the spread of COVID-19 were not being respected, and that 33 % of military and National Electoral Council (CNE) They had been seen without a mask and without respecting security measures.