Drivers will finally be able to drift, propel, jump and crash onto iconic orange Hot Wheels tracks in stunning detail. The game features unique single-player modes, including Hot Wheels City Rumble, in which users must win races, attack against the clock, complete special challenges, and defeat bosses to expand their collection with vehicles and track pieces. unique. Users can also challenge their friends in multiplayer races for up to 12 players online (including cross-platform play with consoles from the same family from day one) and for two users offline with split screen mode.

Hot Wheels Unleashed will initially feature a cast of 66 vehiclesincluding some of the most celebrated Hot Wheels designs from the more than 53-year history of the franchise, including the Boneshaker ™, Rodger Dodger ™ and Twin Mill ™, pop culture motorsport icons like the Batmobile from DC ™, ™, the Ninja Turtles Party Wagon, Snoopy from the Peanuts, KITT from NBC’s Fantastic Car series, Universal Pictures’ Time Machine and Back to the Future from Amblin Entertainment, and vehicles from OEMs including from Audi, Ford, Honda and many others.

Each car has specific attributes and unique characteristics that users can update. Original Hot Wheels and OEM designs can also be customized with unique liveries, with the Livery Editor, where players can upload their creations or download designs from the community.

Hot Wheels Unleashed ™ features six play environments, each with its own immersive play zone and unique style: the garage, the skyscraper, the University Campus, the skate park, the rink room (a specially designed stage). specifically to showcase the freedom of the Track Editor) and the basement, a customizable space where users can rearrange furniture and accessories with hundreds of customization options.

The Track Editor is a unique feature that Milestone designers used to create the tracks for the game and allows users to create endless variations of tracks using the various building modules. There are over 20 amazing modules available, such as, the T-Rex Escape, Spider Ambush and Hungry Cobra. The Track Editor also offers the ability to share your creations with the world or enjoy tracks made by other players.

To keep the competition going, the ongoing content plan planned for Hot Wheels Unleashed ™ will include more vehicles from iconic brands such as Street Fighter ™, Masters of the Universe ™, DC, Barbie ™, along with vehicles from original manufacturers with racing experience. like Aston Martin, BMW and McLaren ™.

Hot Wheels Unleashed offers players the opportunity to drive the cars as if they were playing with the iconic mini toy vehicles. The playstyle includes adrenaline-pumping races, a wide selection of Hot Wheels vehicles with different attributes and unique characteristics, which players can customize with different skins and amazing tracks, set in places of everyday life, with special stages and interactive objects. . The game also features a revolutionary track editor that allows players to create unique and customizable tracks in any gaming environment and share them with the gaming community. 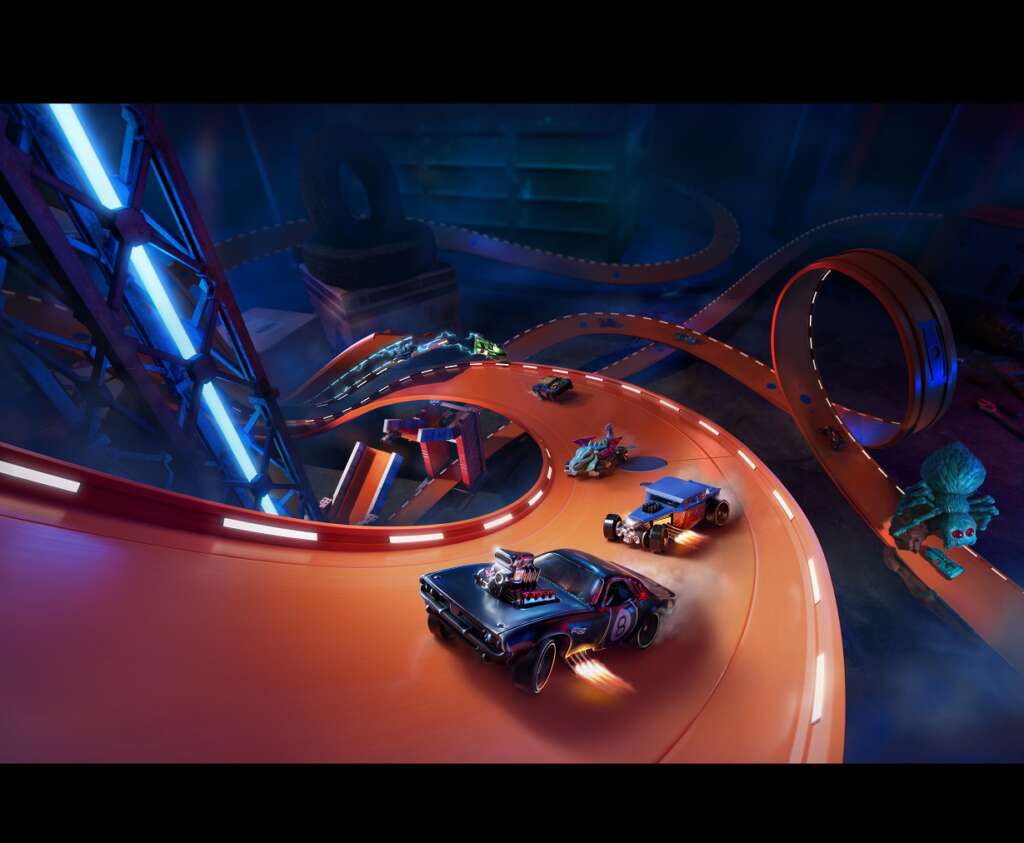