Hot Wheels Unleashed will feature 66 vehicles from some of the most iconic licenses in pop culture at launch, including the DC ™ Batmobile, Ninja Turtles Party Wagon, Snoopy from Peanuts, KITT from the Fantastic Car series. NBC and the Time Machine from Universal Pictures and Back to the Future from Amblin Entertainment and much more.

Hot Wheels Unleashed offers players the opportunity to drive the cars as if they were playing with the iconic mini toy vehicles. The playstyle includes adrenaline-pumping races, a wide selection of Hot Wheels vehicles with different attributes and unique characteristics, which players can customize with different skins and amazing tracks, set in places of everyday life, with special stages and interactive objects. . The game also features a revolutionary track editor that allows players to create unique and customizable tracks in any gaming environment and share them with the gaming community. 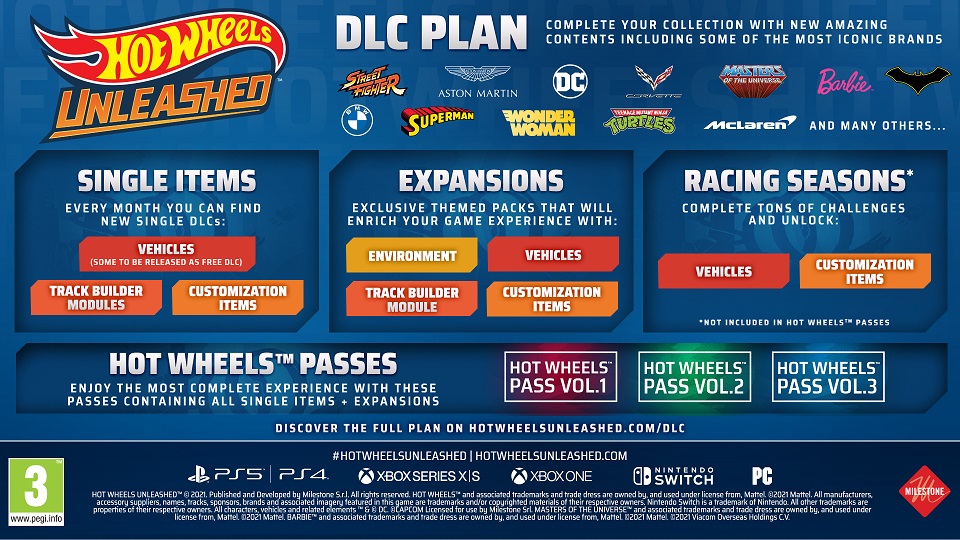