How is Alejandra Espinoza after being hospitalized?

. How is Alejandra Espinoza after being hospitalized?

The fans of Alejandra Espinoza are very concerned about the state of health of the former beauty queen, after it was announced this Thursday that the Mexican had to be hospitalized in the emergency room a couple of days ago, due to a strong discomfort that included severe headaches, loss of sight and twisting of part of the face.

The news was initially disclosed by the communicator’s husband, the choreographer Anibal Marrero, who shared a message on social networks, where he gave the official report of his wife’s status.

“Thanks to everyone who is writing and calling to ask about Ale. She has been in the hospital for a few days. It has been very difficult for me as the head of the family and for Matteo, but God is great and in control. He will be with us soon, ”said the Puerto Rican on his social networks.

And while the concern among Espinoza fans about his health condition, which has generated all kinds of prayer chains for his speedy recovery, was growing, it was Francisca Lachapel who was in charge of revealing more details of the status of the host of Nuestra Belleza Latina.

Through the Despierta América program, the Dominican shared information obtained directly from Alejandra Espinoza’s husband, where she confirmed that the Mexican is still hospitalized, and is undergoing several tests to know for sure what she has, which was initially handled as a small accident cerebrovascular.

“There are many of us who are concerned about Alejandra’s health… I spoke with Anibal and he told me the following: ‘basically she had already been feeling bad for weeks. In fact, he put it on social media. Three days ago he lost a bit of visibility in one eye, and part of his right face was paralyzed, along with dizziness and a severe headache, ‘”said Francisca, continuing with the data that Marrero gave her.

“We immediately took her to the hospital, the doctors told her she had a mini stroke. They started doing a thousand scans and a thousand studies, and nothing came out of all of them. On the contrary, everything is fine (with the exams) contradicting the diagnosis, so they keep doing a thousand tests, because they don’t show what it is, ”added the choreographer. “She is fine. His mouth is slightly turned and he lost a little of his vision. He is resting. Right now they are running three more tests to search and discard. And in essence, we still don’t really know what is wrong with him ”.

After talking about the state of her friend and colleague, Francisca Lachapel joined the messages of support for Anibal and the prayers.

“We will be praying for Ale and for Matteo (the ex-queen’s son) so that he is well and has a speedy recovery. We love you Ale, ”said the former Nuestra Belleza Latina.

“Prayer for her, 🙌🙌🙌 it is because of a lot of stress, but it is that she exacerbates with so much work😢”, “Ay Jesus😞pobrecita. May our heavenly father take her out of this with goodness🙏 ”and“ God bless her and heal her soon 🙏🏽🙏🏽🙏🏽 ”, were other messages expressed on networks by Alejandra’s followers so that she can get better soon. 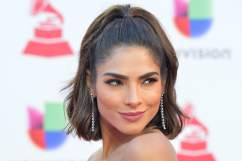 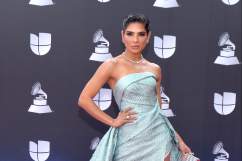