It’s pretty easy create channels in Microsoft Teams, an extremely useful tool for a group of people to work together in an organized way. Channels are essential and staying organized is very important for the team to function optimally and there are no misunderstandings, nor is time lost between hundreds of messages.

We create a specific channel for certain things, add the members that are relevant and voila. In this way, we leave the general channel aside, only for things that are really important and that include all team members.

We can create public channels or private channels. The difference is that, in the public, the entire team will be part of it, while in the private, the administrators decide who is part of it. So, let’s see how to create Microsoft Teams channels in very simple steps a little further down.

Team admins can create as many channels as they want. To create Microsoft Teams channels, you will have to follow the steps that we discuss a little below. You can use this tutorial for both the Windows application and the web version. 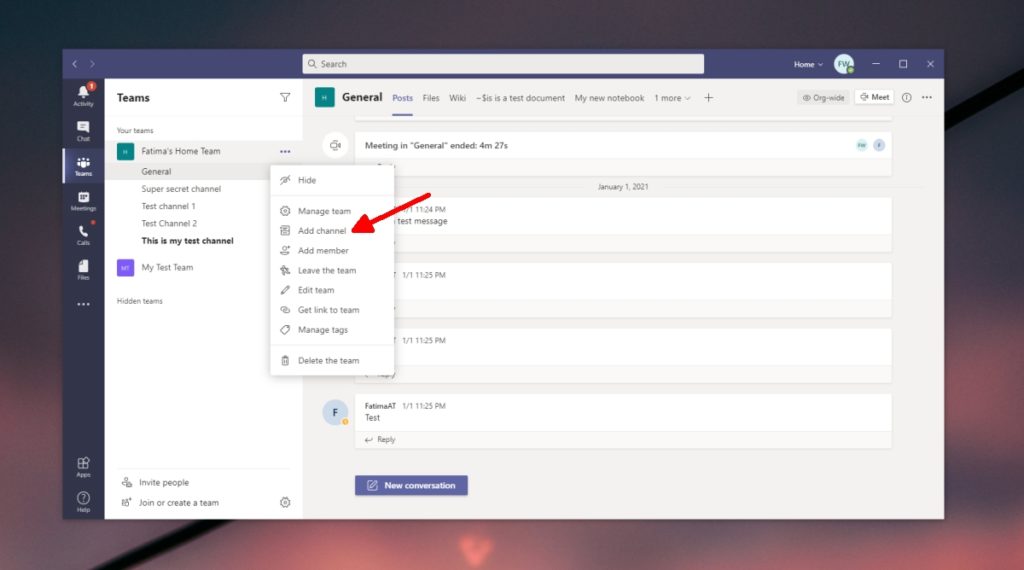 The first thing we will do is open Microsoft Teams, after this we will go to the “Teams” tab from the left sidebar of the screen. Now we are going to have to choose a team for which we want to create a channel.

Next, we must click on more options, which would be the three-dot icon that is to the right of the team name. We have to choose “Add channel”. 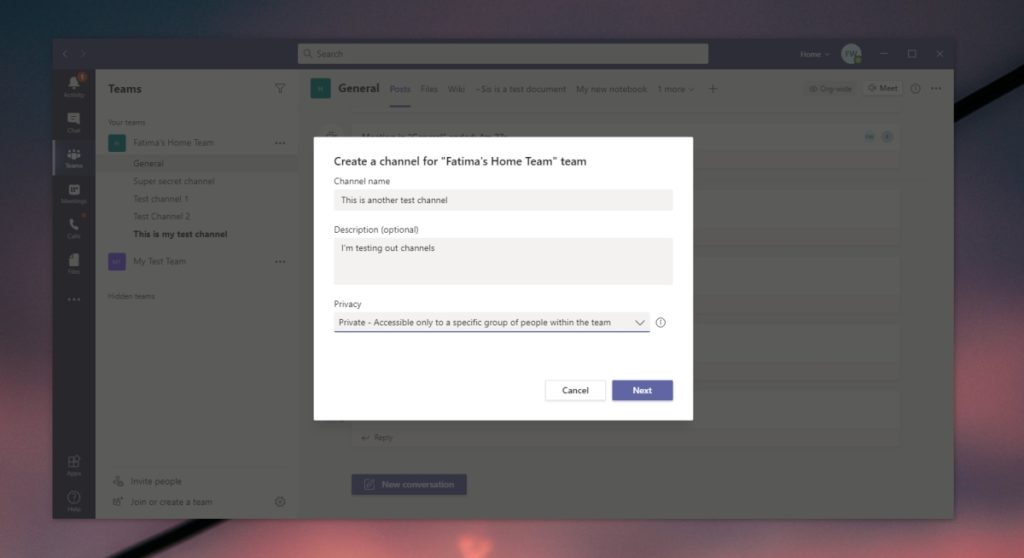 Select a private channel, click next and then you can add members to the team. It is also not necessary that you add them all now, later you can edit it and add new ones or delete the ones you added.

How to add members to a channel in Microsoft Teams

If you want to add members to the channel that we have created, you just have to click on the three dots that appear on the right side of the channel. A pop-up menu is displayed where we will have to select “Add members”.