Editor’s note: Kara Alaimo, Associate Professor of Public Relations at Hofstra University, is the author of “Pitch, Tweet, or Engage on the Street: How to Practice Global Public Relations and Strategic Communication.” He was a spokesman for International Affairs at the Treasury Department during the Obama administration. Follow her on Twitter as @karaalaimo. The opinions expressed in this article are solely those of the author.

(CNN) – Facebook is ignoring the truth, to your detriment. 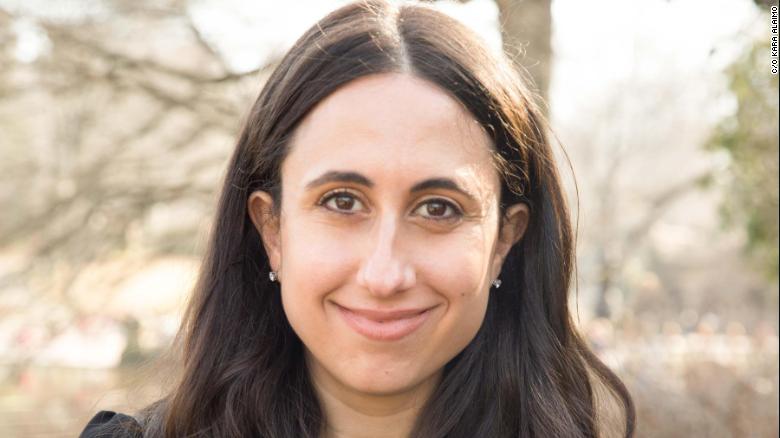 That’s what a woman who used to work there alleged in a surprising interview on “60 Minutes” on Sunday night. Frances Haugen, a former Facebook Product Manager and now a whistleblower, said the company is well aware that its social network is used to promote hatred, violence and misinformation, but has tried to hide the evidence to generate more revenue. Some of the tens of thousands of research pages and internal documents Haugen revealed were previously published as part of a Wall Street Journal series showing that Facebook knows its product is toxic to teens.

While it is appalling to face the fact that the use of Instagram has harmful effects on young women and that Facebook seems to have prioritized its own growth and profits over curbing the toxic effects of its platforms, it should not be surprising. What is surprising is the extent to which Facebook seems to have ignored the obvious damage it was doing to society in the process, from contributing to poor body image to teenage depression.

These disclosures should be a wake-up call for social media users or those educating potential social media users to be aware of the dangers. If we are not going to abandon these platforms in droves – which, let’s face it, is unlikely to happen – it is time to devise ways to protect ourselves and our loved ones. Accountability can take a long time to come for an expert company to avoid it, and we certainly can’t count on the company to protect users from their damaging decisions in the meantime. The solution begins with education, especially of the younger potential users of the platform.

Facebook, of course, refuted both the premise of Haugen’s claims and The Wall Street Journal reports as selective representations of the facts. “Every day our teams have to balance protecting the ability of billions of people to speak out with the need to keep our platform safe and positive,” Lena Pietsh, a company spokeswoman, told CNN Business. “We continue to make significant improvements to address the spread of misinformation and harmful content. To suggest that we encourage bad content and do nothing is simply false.”

And while it’s outrageous that Facebook doesn’t acknowledge or make an effort to fix the problems on its platform that Haugen outlined, what’s even more surprising is that all of this appears to be news to many of its users and lawmakers. Senators only launched an investigation into the effects of Facebook on young people after the publication of The Wall Street Journal report.

The Pandora’s box that would sink Facebook, according to expert 1:38

Meanwhile, research has long shown that Facebook provokes negative feelings about themselves in users, as people use the platform to post glamorous versions of their lives, making others, especially young people, more vulnerable. feel that they are not up to the task. A 2020 study of Canadian adolescents, for example, found that both boys and girls – but especially girls – who spend more time in front of screens and less time doing extracurricular activities are more likely to suffer from anxiety and depression and to feel less satisfied with their lives.

So the debate we should have is not about whether Facebook knows that its product is harmful. These facts were proven by independent researchers long ago, so it is virtually inconceivable that the company is not aware that it is promoting unhappiness and misinformation. Rather, the question we should ask ourselves today is why Americans continue to spend so much time of their lives on a platform that leaves them unhappy and divided.

There are obvious answers, so basic, so fundamental, that they almost seem implausible and far-fetched: find sources of joy. We could all spend less time comparing ourselves to others and more time hanging out and seeing friends and family. But between the pandemic and our own human nature (which Facebook also exploits, by the way), these solutions alone are not enough. Americans need to better understand the dangers of Facebook and adopt some risk management strategies.

The amount of time we spend on social media poses a real threat to our democracy. As I noted earlier, millions of people read misinformation about the 2016 presidential election on the internet before casting their vote. The mind-blowing conspiracies also helped people storm the Capitol on January 6. So Americans have to get better at identifying and not falling for fake news and inflammatory content. Haugen said Facebook knows that anger-provoking content keeps people on the site. As the riot on Capitol Hill demonstrated, the consequences of fueling outrage can be deadly.

The Daily Beast found that Russian trolley posts, designed to sow domestic discord, get nine times more likes, retweets and responses in English than in other languages. Why are Americans so susceptible to anger and so bad at detecting misinformation?

Part of the problem, as Mia Bloom – a professor who studies extremism – and Sophia Moskalenko – a psychologist who studies conflict and conspiracies – write in “Pastels and Pedophiles: Inside the Mind of QAnon,” published earlier this year, It is the lack of education. They offer a contrasting example: “Students in Finland learn to identify fake news by studying examples of fake stories, altered photos, and divisive content designed to foster group conflict.”

“From primary school, Finnish children practice classifying online content into truth or fiction, assessing the bias of the media and deciphering how clickbait content takes advantage of users’ emotions,” they add. We need a similar program in all American elementary schools.

Bloom and Moskalenko are also rightly asking that libraries offer adult courses on how to spot misinformation and protect yourself on the Internet. We have to go to the legitimate media to inform us, and not trust Facebook, that it plans to promote content that it perceives as favorable and may stop showing us important news if the company does not believe that people (literally) will like and participate in they.

The only way to protect ourselves against the harm caused by Facebook is to start relying on other sources of information for fun and education, such as parks, hobbies, friends, and legitimate news sources. It’s also probably the only way to get your company to take the threats it poses to users seriously and work to address them.

Fifth and last summary of the week with all the best and most relevant that has happened in the last...

Getting rid of bad odors in the home is much easier than you think. Put this foolproof trick to the...

The Huawei company has just announced in a hybrid event, face-to-face and online, its two new Huawei Nova 9 and...

Almost 7,000 drivers have been fined in a week for doing these things inside the car | Motor

When we are inside our vehicles we believe that nobody is looking at us, but there are cameras and agents...