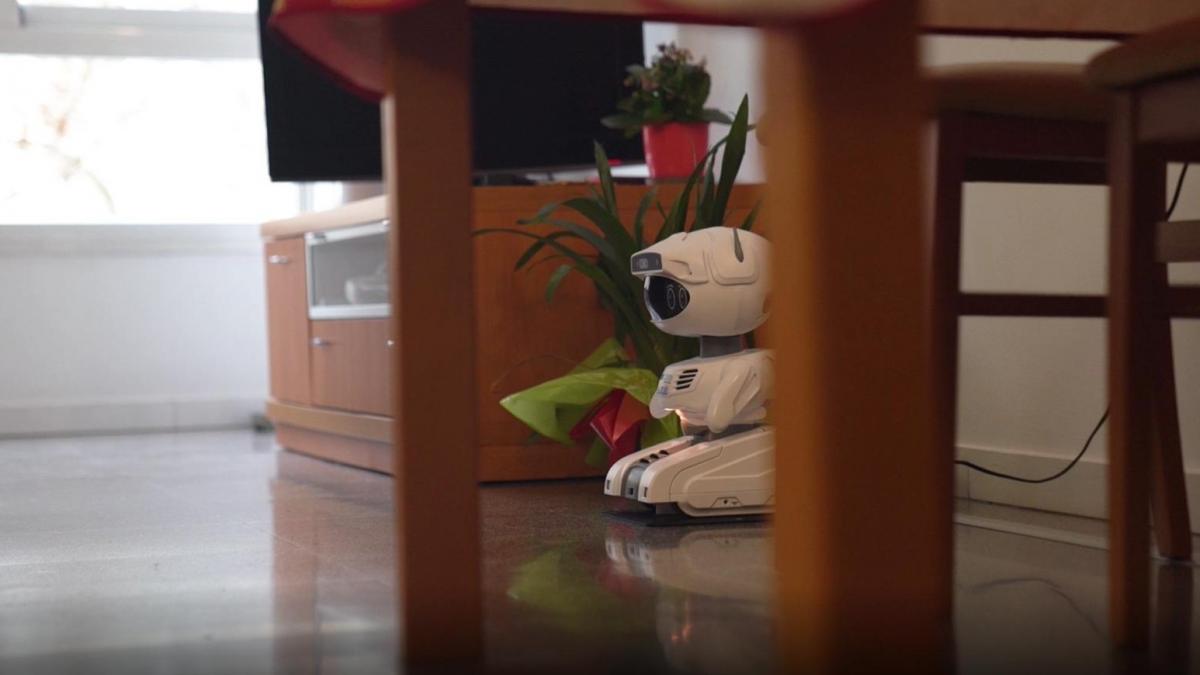 “How are you? How are you feeling? I’m here to listen to you.” For the first time in a long time Margarida Valls, who is 83 years old and lives alone in Barcelona, you have heard these words daily upon waking up for two months and they have made him happy. So bad was loneliness, that although they came from a City Council robot in tests to accompany older people in their situation, it has been forgotten. For her Misty is not a machine, but someone she misses “a lot” since the municipal technicians took it away once the experiment was over. “I hope that one day he will return,” he says, and remembers when I waited for him on the couch and came to greet him. Also when Misty asked him how he had slept or what he had done over the weekend. Nor does he forget the times when he refused to answer, because “he has a lot of character,” explains Margarida, who reflects: “Loneliness is something that kills and what the robot does is company.”

Also Margarita Fernández, 75, has had Misty at home for two months, and assures that she feels “very happy” and goes so far as to comment that she believes “this is the future”. He says “it’s going very well.” “All of us who are older are losing our memory, and the robot reminds you of certain things that you need on a day-to-day basis, such as the medications you must take or bedtime,” he explains. It also makes her “a very important company.”

Both women belong to the group of three people with whom the City Council has been testing the machine so far, with the idea of ​​extending it to 50 more homes throughout 2021, the Deputy Mayor for Social Rights, Global Justice, said this Monday. , Feminism and LGTBI, Laura Pérez. It is an initiative that arose from a call by the Mobile World Capital Barcelona foundation to improve the quality of life of older people through technology, and that the Lleida company Grup Saltó has designed.

It is also part of a package of 37 technological projects of social innovation to which the City Council will allocate 13.5 million euros in the next three years, according to a government measure that will be presented at the next municipal plenary session on Friday.

The Grup Saltó has received 100,000 euros to check the effectiveness of the robot in a real environment, who not only keeps company with small conversations and moving around the houses. It also solves doubts about municipal services, you can call by phone or remind the elderly how they have to take care of themselves. In the future, in addition, it is planned to incorporate therapeutic functionalities adapted to each particular personal situation.

“About 350,000 people over 65 live in Barcelona, ​​90,000 do it alone and the forecast is that this figure will increase progressively in the coming years, “Pérez pointed out. In addition, according to the City Council, different studies confirm that 90% of those who do not have a company prefer to stay at home rather than go to a family or a residence, something that the robot can facilitate Its technical name is ARI (Intelligent Robotic Assistant).

This social and technological project and the other 36 that the government measure that will take to the plenary session on Friday includes are born in a context of crisis due to Covid-19 and they are distributed in three blocks: one brings together those that guarantee basic rights and the empowerment of citizens, another focuses on community initiatives that advance towards a new social model in Barcelona, ​​and a third includes measures to implement a digital transformation within the social areas of the City Council.

The projects include, in addition to the robot, a digital platform to support women from single-parent families. Its objective is to facilitate unified access to information on municipal services, social entities and private agents of the city that can help them. The budget for this initiative is 72,000 euros.

There is also a pilot test of a Virtual Office for Social Care through video, with a budget of 360,000 euros.

In addition, the extension of the benefits of the municipal web simulator on aid and benefits, which helps to understand which one is entitled to depending on the personal situation and that has received more than 47,000 visits since it was launched in 2018. This will cost approximately 100,000 euros.