Ilia Calderón was diagnosed with vitiligo in 2020.

In a revealing and emotional interview with “Sal y Pimienta”, Ilia Calderón spoke about her diagnosis with vitiligo, a disease she has suffered since March 2020. The television presenter admitted that on many occasions she has been singled out for her condition.

“I want to raise awareness about that 2% of the population that suffer from vitiligo, many times we are the object of harassment or bullying, it has happened to me on social networks. People have written to me saying they call them ‘Dalmatians’ or ‘spotted cows’. It doesn’t affect my mental health, I’m calm and I don’t have to hide it, ”Calderón admitted to the Univision entertainment show.

The Colombian star reiterated that she will continue to use her voice on behalf of each one of the people who suffer from vitiligo: “I am going to use my voice and my platforms to continue fighting for equality, to continue making my community visible and I hope that one day we can see a change ”.

Ilia Calderón talks about the racism she has suffered and how she has been singled out for suffering from vitiligo | SYPThe Colombian of African descent and current Univision news anchor spoke in an interview with Lourdes Stephen about the discrimination she suffered at the beginning of her career because of her skin color and that her little daughter has now also experienced. In addition, he spoke of the vitiligo that he suffers and the criticisms that have …2021-02-22T18: 35: 38Z

In the month of August 2020, Ilia Calderón made it known exclusively in an interview with People en Español magazine that she had vitiligo: “I was diagnosed in March of this year with vitiligo, I already saw a spot, but you think that they are things of the skin or of the sun. I took the tests and they diagnosed me. At times it is like a shock, but thank God it does not mean more than an aesthetic thing. My health is not compromised. It is an autoimmune disease of the skin ”.

Currently, Calderón is under a successful medical treatment for his diagnosis with vitiligo, as he recently assured when being questioned about his condition by a follower on Instagram. 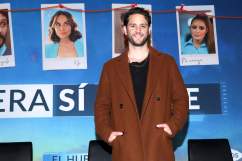 Vitiligo is a “skin disease that is characterized by the appearance of white spots (without coloration) of lesser or greater extension and in different parts of the body, as a consequence of the destruction of melanocytes, which are the epithelial cells responsible for giving color to the skin, through the production of melanin ”, according to information reviewed by the Sanitas website.

NIH Medine Plus disclosed that vitiligo is a “skin condition that affects one in every 100 people in the United States.” Likewise, it is a disease that is not contagious or endangers the lives of the people who suffer from it.

The causes of vitiligo are unknown so far, but many health specialists suspect that it could be “an autoimmune disease caused by some type of genetic alteration.” On the other hand, the condition usually develops before reaching 40 years of age, regardless of gender or race.

In her conversation with Lourdes Stephen for “Sal y Pimienta”, Ilia Calderón admitted that her beginnings in television were very difficult in her native Colombia because she was excluded from important castings because of her skin color. However, her determination and talent made her prevail over the acts of racism she experienced.

“I did not even know that there was a casting in which they were looking for a presenter for the national level and they do not call me to that casting, it was not fair that I was not there and I was the only black presenter there was, and precisely at the only the one they didn’t call, ”Calderón highlighted when referring to one of the painful experiences that he had in the media in Colombia at the beginning.

Ilia Calderón talks about the racism her daughter suffered

When talking about one of the most painful episodes of her life, Ilia Calderón stressed that it was extremely sad for her to have to face the racism that her daughter Anna experienced when she was four years old. Despite the incident, both Ilia and her husband had to address the issue of racism with the little girl.

“Anna was called ‘blackface’ when she was just four years old. For us as parents, it was extremely painful to have to start tackling this problem from a very young age, ”said Calderón in the interview with ‘Sal y Pimienta’.