Ovy On The Drums is one of the most successful producers and artists of the moment.

The Colombian artist and producer of world hits Ovy On The Drums, who is among the most recognized Latin producers in the world, released his new single “Miedito o Qué?” Today. with Colombian star Karol G and Venezuelan singer Danny Ocean.

“For me this song means joy and the beginning of great things in my career by having the opportunity to collaborate with two great artists such as Karol, who is in his prime, and Danny who is a very great artist. It is a song that on a musical level is a very different proposal to everything that happens today in the industry. This song has it all and is full of incredible energy that I hope to connect with all of you. ” Ovy On the Drums, a native of Medellín, Colombia, assured.

“Scared or what?” was written by Ovy, Karol and Danny and for the first time unites these three very talented artists. This song with catchy melodies is about putting fear aside and risking going for what you want, remembering the importance of living, enjoying and making every moment count.

On this, the talented Karol G said: “This song has a very “cool” vibe and incredible energy that we want to share with everyone right now.. ” and that definitely transcends in the music video, filmed in Miami, FL, under the direction of renowned director Jose Sagaro from Film Heads. The audiovisual piece shows Ovy, Karol and Danny enjoying to the fullest in a great party with his friends. 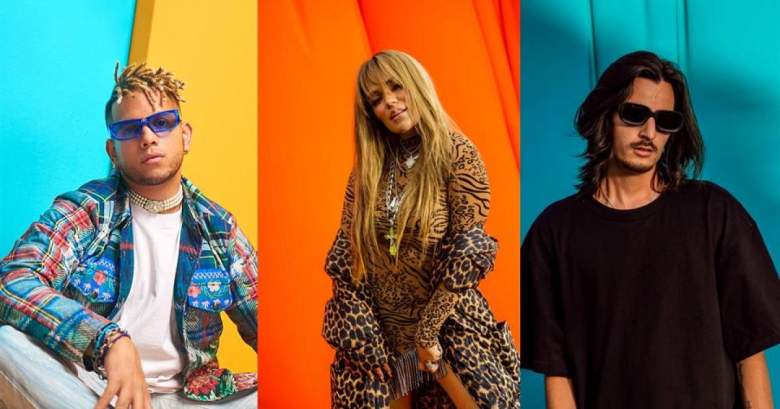 Ovy On The Drums: From Creating Hits For Others, To Your Own

With his most recent project as an artist, Ovy on the Drums has released the hits “Unforgettable” with Beéle with more than 105 million views and “Sigo Buscándote” Ft. Mau and Ricky, which has reached more than 42M visits in Youtube. Ovy, among his most recent achievements, stands out for his participation as producer of the album “Homerun” by Paulo London, which includes songs such as “Adán Y Eva” and “Nena Malición” ft. Lenny Tavárez and many more.

In addition to the world hits that have topped the charts in his role as a producer, Ovy continues to establish himself as an artist and as one of the most acclaimed producers in Latin music.

In this interview we talk about this new topic “Miedito o Qué?” music in Spanish and much more. Don’t miss it here!