J Balvin is one of the personalities of the entertainment industry who has been very open in relation to his mental health, this in order to inspire his followers to be very attentive to any type of illness.

In the past, the Colombian artist made known his endless fight against anxiety and depression, for which he has been receiving the necessary medication to be able to successfully overcome his mental health problems.

In a recent publication in the stories of his official account on Instagram, Balvin made reference to his mental health: “One more day in the process of improvement, I know that we are going to be victorious. Legendary and when I refer to legendary they are the people who are not afraid to tell about our weaknesses and then how we emerged victorious from the tests ”.

In another video clip in his stories on Instagram, the interpreter reiterated his improvement: “I am going to tell you one thing and I am only going to say it once: I am relieving myself (…) If so, five months back… we work, wait. But hey, I’m not going to celebrate because afterwards the effect wears off and there I do… (laughs) ”. 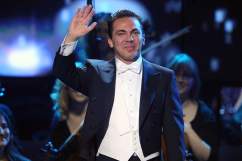 In December 2020, the singer’s mother offered exclusive statements to an entertainment show in Colombia where she reiterated that her son was going through a severe depression crisis: “This is the most difficult moment that Josecito is living and without Yet he was at the Grammys and he opened his heart. At Christmas you could see that the brightness was not the same, but look, appearances can be deceiving. In a way this depression has blessed his life. “

Alba Mery Balvin also referred to the process that her family has faced with the diagnosis of her son: “There is suffering, there is sadness, there are tears from him and from us as a family, but there is also health and much to be thankful for … There are people who do not have the opportunity to go to a psychiatrist, Josecito does ”.

“I have a hope and a faith greater than the ocean that if he is well cared for and if he takes his medication and does not suspend it, they sew them up, they will flow,” said the singer’s mother to emphasize her unwavering faith in regarding your child’s mental health.

J Balvin: What did you say about your anxiety in the past?

In the month of November 2020, J Balvin stayed away from digital platforms in the midst of a decline in his anxiety problems. At that time, the famous Colombian spoke openly about what happened with his millions of followers on Instagram.

“Like anyone I have had some challenges. I don’t like acting, or pretending to be happy or that everything is perfect. I am also a fragile and vulnerable human being, perhaps even more than some of you, so I will wait for the storm to pass, ”said Balvin, referring to the time he would be away from social networks to recover.

Also, the interpreter of “Rojo” thanked each of his fans for remaining concerned about his absence on the Instagram platform.

In the midst of confinement due to the COVID-19 pandemic, J Balvin spent much of his time in the company of his family at his residence on the outskirts of Medellín, his hometown in Colombia.