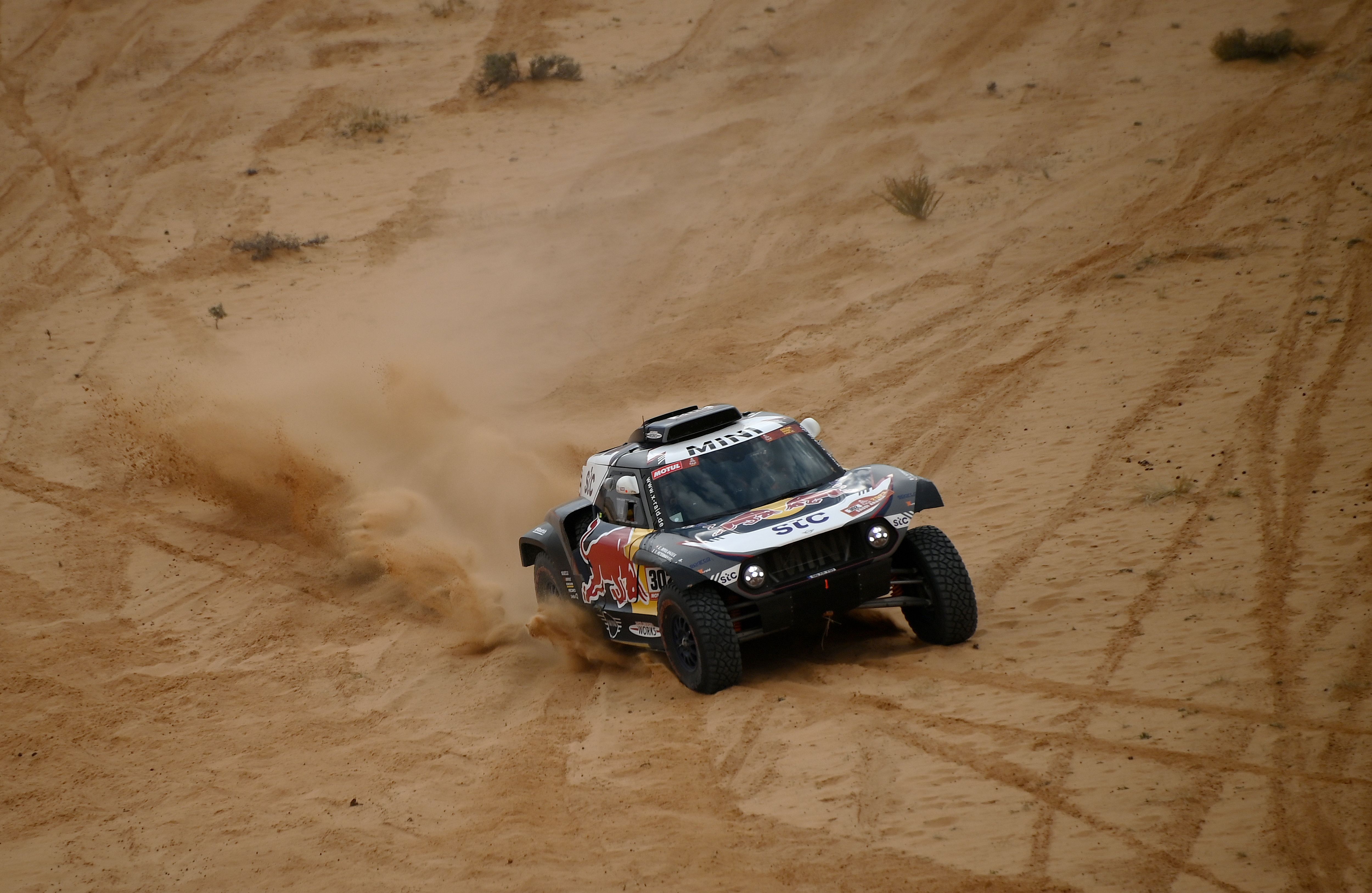 There are pilots who do not know how to loosen. Joan Barreda (Torreblanca, Castellón; 37 years old) is one of those drivers. Trained in motocross, his great passion, he disputes his eleventh Dakar this year. And not even wanting to be able to renounce stage victory yesterday. As they read.

The Honda, who had started in 17th position this Friday after navigation difficulties the day before to open the track as the winner of Wednesday’s stage, came on the attack from the most backward positions. His initial intention was not only to win, but, above all, to cut minutes from his rivals in a stage that was expected to be tough, long and with difficulties, both technical, with many dunes, and navigation. But it was not like that. Thursday’s day, in which it was especially difficult to find the correct route, left so many vehicles stranded between the dunes – many spent the night in the desert – that the organization decided to delay the departure of the pilots from the bivouac in Al Qaisumah in an hour and a half. And also to shorten yesterday’s stage by 100 kilometers.

With the special smoothed out, Barreda, always very fast, decided as he approached the finish line that it would be preferable to give up the victory to one of his rivals to avoid having to re-open the track in the next timed test. So he stopped and let time go by. He waited a little more than a minute because he thought that he would not be first. But he was wrong with his calculations. Ross Branch (Yamaha) and Daniel Sanders (KTM) were 13 and 53 seconds slower than him. And his main rival for the title, Toby Price, leader of the general, left almost four minutes. And he will start again this Sunday – today is the rest stage – in a magnificent position, seventh, to extend his advantage. Or so it seems.

Because, as Barreda demonstrated yesterday, not all plans go well on the Dakar. And in a race as yours-mine as we are seeing this year, in which strategy plays a fundamental role and the results are like a yo-yo — one day you win, the next you don’t even enter the top 10 — winning stages is not. everything.

The Spaniard knows it well, who in his ten participations has four retirements. He represents the essence of the Dakar like no one else, a very tough race in which finishing is a success. And suffering blows is the order of the day. Already the year of his debut, Barreda had a fall that left him out of the competition in the second stage; the following year he achieved his first victory. And since then he has not stopped adding. Although his 27 victories hide a thorn that he has well nailed: they did not help him to win the Dakar. For now.

For now, 2021 smiles at him. Winning 27 Dakar stages in the motorcycle category is only available to the privileged few. And he is. With yesterday’s victory, the third in 2021, the Spaniard is among the three drivers with the most stage victories in the history of the race. Ahead he has two mythical figures: Stéphane Peterhansel and Cyril Despres, both with 33 wins, six titles for the first, five for the second.

Of course, Barreda likes racing almost more than playing to win the Dakar. The strategy, if any, takes a back seat. That – and a good deal of bad luck – has often left him out of the title fight. Well, the falls at full speed have ended up sentencing his career. You just have to look at his record in the last three years: in 2018, for example, he dropped out due to knee and wrist problems when he was second overall; In 2019, a fall ended him in a hollow full of rocks from which it took him more than an hour to get out: he lost the lead; Last year he was hit by an accident the days before, he ran with a crack in his ribs, he fell in two stages and ended up a wreck. After that he even won a stage. And finished. He reached the final goal in Qiddiya. But without any option to fight for a Touareg that resists him like few others.