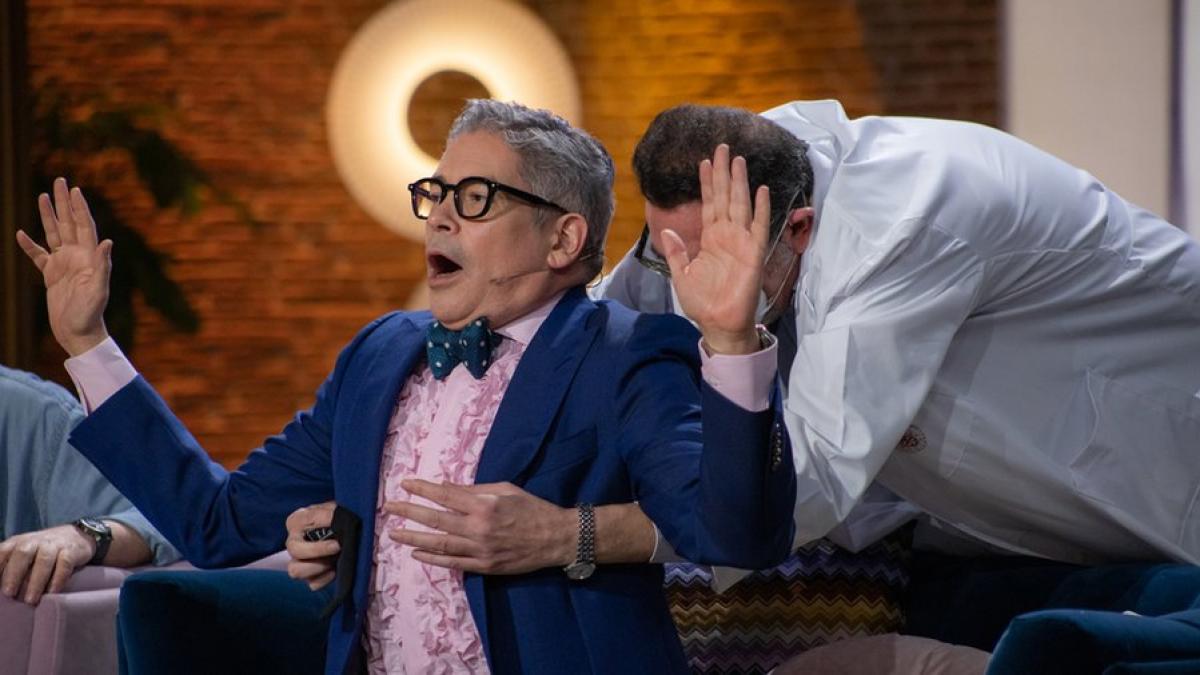 This Wednesday, La 1 de Televisión Española broadcast a new installment of the Dani Rovira program in its prime time, Time D. This time, the format focused on pleasure and featured guests such as Raquel Meroño, Leo Harlem and José Corbacho.

Later, Paula Vázquez and Boris Izaguirre also joined. The latter recounted some of his most notable anecdotes with celebrities, as is the case with Jon Bon Jovi. The presenter was also chosen to undergo the truth machine which served to verify that he was also arrested in Monaco, and that he shared a gym with Luis Bárcenas and Zaplana.

About the rocker and leader of Bon Jovi, he stated: “I was at the Music Festival in Monte Carlo and it made me want to go to the bathroom. When I went to the bathroom, it was one of those urinals that were separated by a little bottle. peeing in the calmest way and suddenly I turn and I see the hair and it was Jon Bon Jovi. “

On the other hand, he remembered the moment when he coincided with the tonadillera at the Aranjuez casino. It turns out that, during a break in his performance, he asked him for a favor: “Boris, I leave you in charge for you to entertain them while I change. “In addition, she commented that the artist is fantastic and that she should give more concerts instead of staying locked up in Cantora.

“The public has been a bit rude with her. And you always have to understand a woman and a star,” he added. The communicator also spoke of Luis Bárcenas. “I started going to a gym whose architect is Lydia Bosch’s ex-husband. They did a VIP session and they invited us. All the gentlemen who were inside were of a certain age, and next to my box was Luis Bárcenas’s box“, started.

“He came with a towel that was difficult for him to make the whole circumference and incredibly shaggy. He had come out of steam and was a mixture of hair and steam as incredible. He was wrapped in all that,” he added. But there were more politicians in that scene, like Eduardo Zaplana who, according to Izaguirre, “is a huge fan of comprehensive hair removal”.