JUMANJI: The Video Game for PS5

Outright Games has announced the improved version of JUMANJI: The Video Game, which will be released for PlayStation 5 on October 22, 2021.

This next-gen version, exclusive to PS5, picks up all the fun and action from 2019’s game, adding faster load times, dynamic 4K resolution, HDR, and frame rates of up to 120fps.

JUMANJI: The Video Game went on sale in November 2019. The game allows up to four users to play cooperatively, either online or on the same couch. Together, they will explore and have great adventures with the hilarious heroes of the latest films in the JUMANJI franchise.

We can’t wait to bring you more information and updates on this release, so stay tuned!

Join the adventure and have a blast in the action-packed game of Jumanji, as you try to survive the ultimate challenge for those looking to leave their world behind.

Only three teammates and you can retrieve the JEWELS and save Jumanji. Get together with friends for split screen play, or play on your own with fellow AI players. An entire army of evil bandits awaits you to take down, deadly beasts and traps to dodge and incredible customizations to unlock. And by using Dr. Bravestone, Ruby, Mouse, and Professor Oberon as avatars, you know you’ll have unique abilities – and fun weaknesses – to save the world.

GO BACK TO THE JUNGLE. Play as the movie heroes Dr. Bravestone, Ruby, Mouse and Professor Oberon in a fun new 3D action adventure.
TEAM UP. In split screen mode, collaborate with up to three friends or AI teammates to defeat enemies, survive deadly traps, and save the world.
DANGEROUS LOCATIONS. The world of Jumanji gets bigger with new mountain, city and jungle environments that are as beautiful as they are deadly.
ENDLESS ADVENTURE. As you hone your skills and strategies, you’ll unlock new outfits and weapon styles, so you won’t be playing two games of Jumanji the same. Enhanced Features for PlayStation 5:

Discover the beautiful and dangerous world of Jumanji: The Video Game with new and improved features exclusive to PlayStation 5: 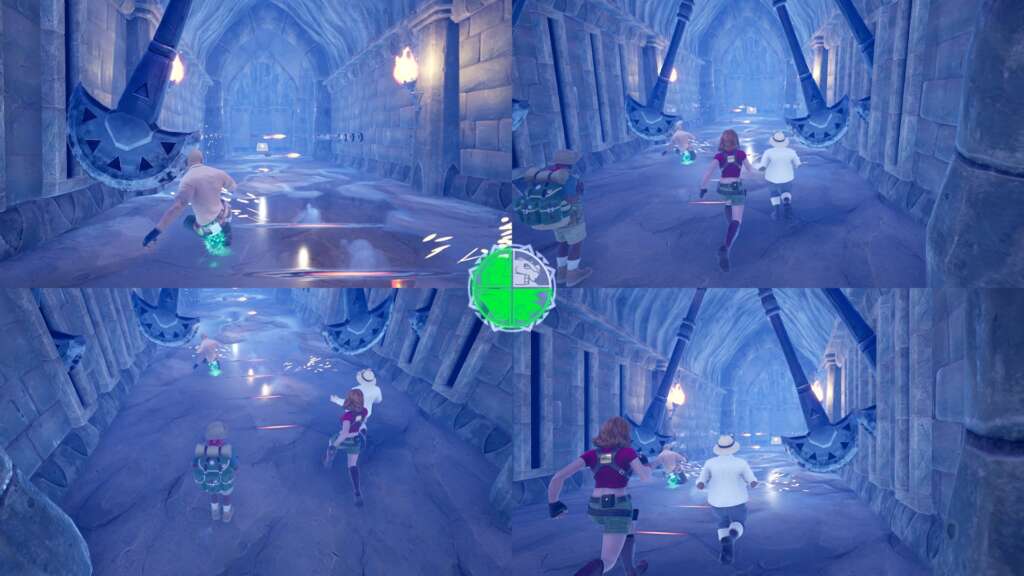