Khloé Kardashian could be engaged to Tristan Thompson.

Khloé Kardashian generated strong rumors of a possible engagement over the weekend, this after she posted a photo on her official Instagram account where she could be seen wearing a huge diamond ring on her ring finger.

Kardashian is promoting the launch of her shoe line under her Good American brand, but oddly enough, it’s not the shoes that people are talking about. In the photograph, the socialite appears posing by the pool with a tiny piece of clothing in brown that highlights her physical attributes while wearing nude ankle boots. An eye-catching jewel can be seen on Khloé’s left hand.

Khloé Kardashian’s post was a far cry from an engagement announcement, but the ring on her left ring finger certainly got a lot of attention. You can see the photograph below: 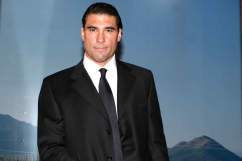 Kardashian is said to be back with her daughter’s father. She and Tristan Thompson have been through a rough patch, but the two are believed to be working it out. Of course, if this ring is an engagement one, it’s probably safe to assume that things are already settled.

Fans were quick to comment on Khloé Kardashian’s massive jewel, but she has not commented on the rumors.

Khloé Kardashian’s post received a lot of interaction in the first hour she posted it. The photography has obtained more than 600 thousand “Likes” and there are also hundreds of comments.

Some people certainly paid attention to Good American, but most fans couldn’t help but ask about the ring.

“That little waist, plus the ice rink on your finger,” commented one user on Instagram.

“And that ring?” Added another.

“Is this her way of letting us know she’s engaged?” Asked a third user.

“It’s the ring for me,” reiterated a fourth user.

Unsurprisingly, Kardashian has not responded to any of the engagement rumors at the time this article was written.

Khloé Kardashian Says Being A Mom Changed Relationship With Kris Jenner | Kelly ExtrasLast month, Kelly interviewed Khloé Kardashian, but there was too much good conversation to squeeze into one show! In this Kelly Extra clip, Khloé reveals some wild stunts she pulled as a teenager and shares how becoming a mother changed her relationship with her mom, Kris Jenner. #KellyClarksonShow # KhloéKardashian Subscribe to The Kelly Clarkson Show:…2021-02-09T22: 30: 01Z

Kardashian and Thompson haven’t been able to spend too much time together due to their current situation. Khloé lives in California, while Tristan lives in Boston while playing for the Celtics.

There have been many rumors that Kardashian was looking for a property in the Boston suburbs, but recently she spoke with Kelly Clarkson where she revealed that she will not be moving to Massachusetts.

“I love Boston, I don’t have a problem with Boston. But you know, with COVID and everything, I don’t want to uproot my daughter except with the changes that have happened so far this year, ”he mentioned to Clarkson. “We are all in Los Angeles and we live so close to each other and since she can’t have her classes, she’s with her cousins ​​every day and I can’t take that away from her. It’s nothing against Boston. It’s only the best for my daughter, ”he added. You can watch the interview in the video above.

This is the Spanish version of the original Heavy.com article.