Minute 72. GOOOOOOOOOL of SEVILLE! En-Nesyri receives a masterful pass to the back of the defense by Jordn and the Moroccan does not forgive. Sevilla put the tie on the scoreboard 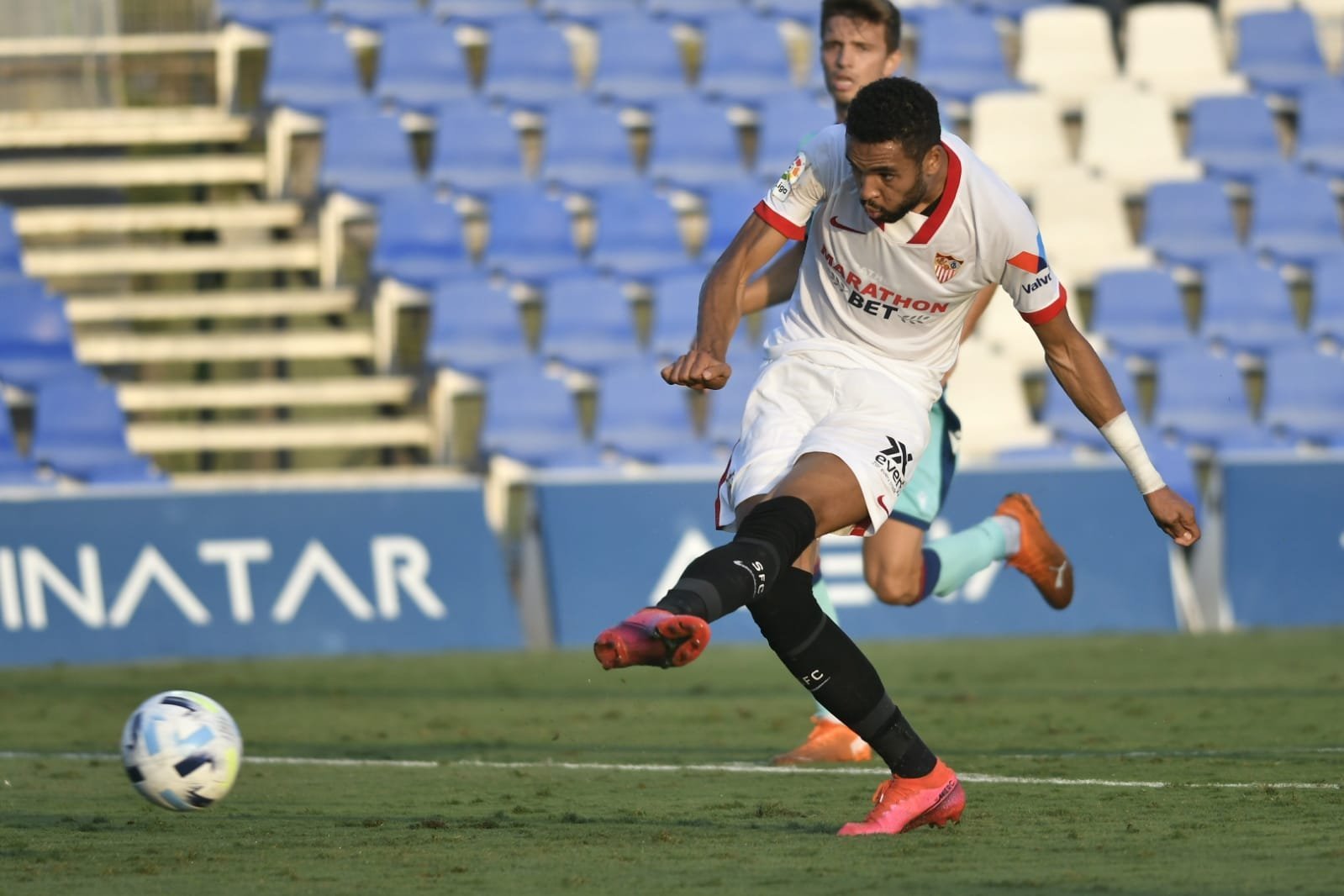 69th minute. Dursima foul by Pablo Martnez (Levante) on the Dutch striker Luuk De Jong. Martnez Montalban does not doubt it and shows the card to the player

Minute 67. Change in Paco Lpez’s team. Dani Gmez leaves and Sergio Len enters as the most advanced player of the Levantine attack

Minute 65. Koke Vegas (Levante) goes out to reject a Sevilla cross but hits his face when he falls. The referee stops the game and medical assistance enters

Minute 62. Sevilla squeezes and squeezes right now. Rakitic (Sevilla) receives a pass from Lucas Ocampos and connects a strong shot that goes near the goalkeeper of Levante

Minute 59. GOOOOOOOOOOOOOLAAAZOOOO of the SEVILLE! Lucas Ocampos(Sevilla) receives the ball on the edge of the area and does not think about it, a strong shot at Koke Vegas’ squad. 1-2 on the scoreboard.

Minute 57. De jong (Sevilla) hits Coke while trying to anticipate the ball. The referee gives a foul for Levante

Sevilla have almost completely changed their line-up for this second half, with the exception of Kound who continues. Levante for its part maintains the same team except for two changes. This is the new eleven of Sevilla:

Minute 53. THE SECOND TIME BEGINS at the Pinatar Arena! Levante gets the ball rolling

Minute 53. Rest at the Pinatar Arena. Paco López’s team goes to the dressing room with a 0 to 2 advantage over Lopetegui’s. Both teams are expected to change their rosters completely for the second half.

Minute 50. Carlos Fernndez (Sevilla) steals a ball with excessive force and Martnez Montalban does not doubt it. Free kick for Levante

Minute 48. Suso (Sevilla) tries with a strong shot from the edge of the area, but leaves well off the right post of Koke Vegas. Goal kick for Levante

Minute 46. Uuuuuuuuuy! …. Good action for Sevilla this time, Carlos Fernndez reaches the baseline to give the death pass that connects with liver Torres, but Coke manages to deflect the ball to crner.

Minute 44. First change of the game in the ranks of Levante. Paco Lpez moves token and changes Rubn Vezo so that Fran Manzanara enters

Minute 42. Carlos Fernndez (Sevilla) takes advantage of a mistake by goalkeeper Koke Vegas and takes a corner. Sevilla is pressing hard, but Levante knows how to defend itself

Minute 39. Sergio Escudero (Sevilla) collides with De Frutos (Levante) and the Levante player is left hurt on the ground. Although he finally gets up and the game is resumed in the Pinatar. 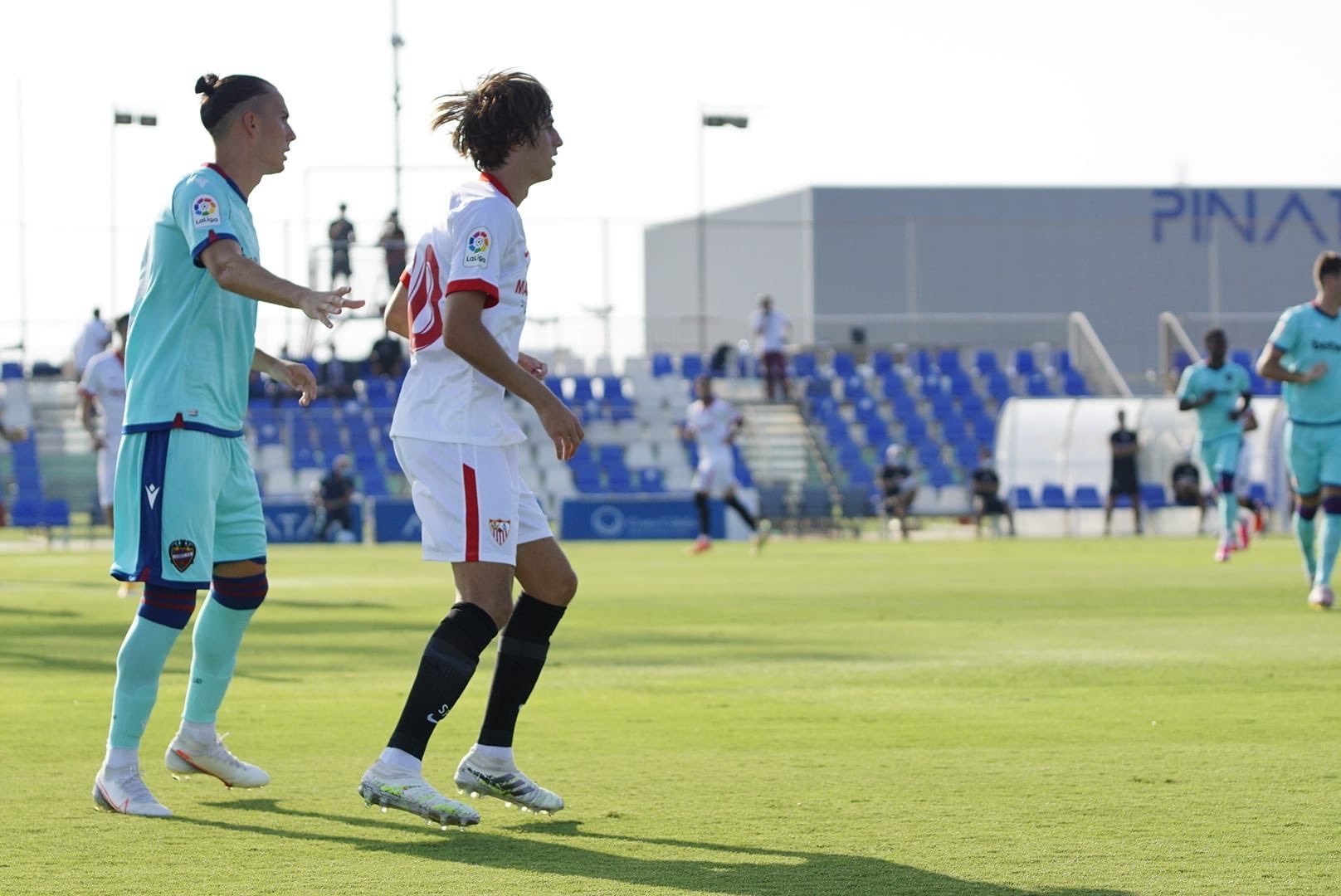 Minute 31. Martnez Montalban blows his whistle. Time to cool off at the Pinatar

Minute 30. Sevilla touches the ball seeking to break the ranks of Levante. Those of Lopetegui want to shorten distances

Minute 28. Foul on liver Torres (Sevilla). Taking a foul with the possibility of a dangerous cross

Minute 25. Levante continues to press. This time Hernani with a good run down the left wing, connects a shot that goes to the side of the net. Take Sevilla out of the door

Minute 22. GOOOOOL OF THE I RAISED! Mismatch in the Sevilla midfield and Dani gmez (Levante) takes the opportunity to steal the ball and stand in front of Vaclik to beat him for his right stick.

This was the head of @s_posty to raise the first to the scoreboard! #LevanteUD 2-0 @SevillaFC

Minute 21. Sergio Escudero (Sevilla) was looking for a pass to the back of the Levantine defense but was offside

Minute 17. Jess Navas (Sevilla) sends another center to the area again and this time the one who tries it is the ‘Mudo’ Vzquez, but his soft shot goes to the hands of Koke Vegas

Minute 14. GOOOOOOOOOOOOOOOL OF I RAISED! Ball hanging in the foul area and Shutter he rises above everyone sending the ball to the back of the net. The Valencians are ahead on the scoreboard.

Minute 13. Kound (Sevilla) fights a foul with Dani Gmez (Levante) but ends up committing a foul. Chance for Levante to hang the ball in the area

Minute 11. Levante moves the ball trying to get out of the pressure from Sevilla. Both teams are offering a very high pressure

Minute 7. Sevilla tries again with another shot. This time Suso has tried his luck from outside the area, but Koke Vegas saves without problems

Minute 3. Jess Navas (Sevilla) puts a center mark from the house that Bryan Gil receives but the defense deflects the ball.

Minute 1. Sevilla already puts the ball to roll on the green and STARTS THE MATCH!

Good afternoon everyone! I am Paul martnez and today I’m going to tell you about this preseason friendly between Seville and I raised, which is expected a game of goals. Everyone attentive …. LET’S START !!!

The meeting begins at 18:00 In the facilities of the Murcian town of San Pedro del Pinatar, with a peculiarity, the game will be divided into two parts of 55 minutes each. Sevilla continues to prepare for its premiere in the 2020-21 season, the team of Nervin due to its participation until the final of the Europa League, has not yet started to play the League games despite the fact that it has already started.

Julen Lopetegui’s men will face Levante de Paco Lpez in this first preseason match. The Valencian team played last weekend the first derby of the season in the League against Valencia, which was resolved with a 4-2 victory.

Without a doubt, a match of opportunities for both teams. In the case of Sevilla, to start filming for the start of the league and looking to the final of the European Super Cup against Bayern. Of course, it will also be an opportunity to see Rakitic and Scar Rodriguez, the two signings of the Nervionense project for the medullary, on the grass. For its part, Levante will have the opportunity to retaliate for the defeat against Valencia and continue working on the team’s game for the next league matches.