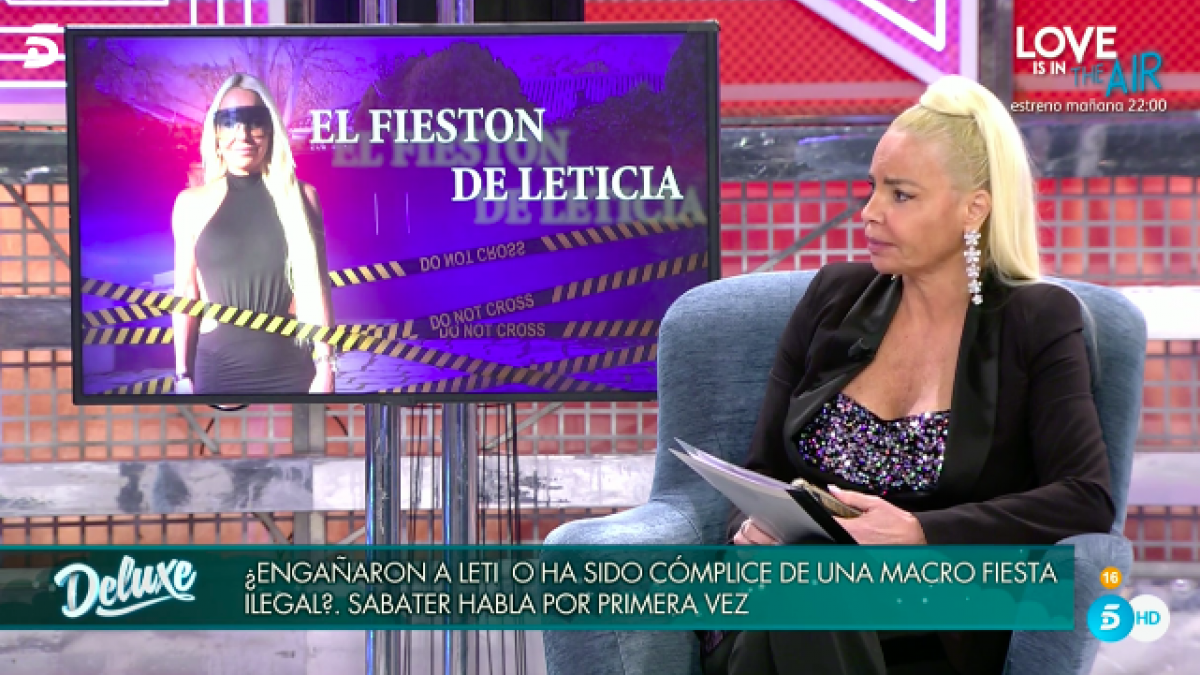 After not being able to broadcast in its day due to the storm Filomena, this Sunday Telecinco opted for the Deluxe in its prime time. After a controversial reunion between Kiko Matamoros and Javier Tudela, a hurt Leticia Sabater arrived with one purpose: to make it clear that the massive and illegal party that was held for two days in his house had not been his responsibility.

The artist was very affected when talking about the damage left by the event, held on New Year’s Eve, at her home. So much so that he didn’t even want to see the images. These illustrated their ripped carpets, all radiators out of place, or your kitchen counter broken.

In addition to the damage, while she was cleaning, the creator of Salchipapa found a pink cocaine bag under the christmas tree. Sabater assured that he would go to the end of the matter, that he had denounced for legal and criminal matters, and that those responsible they would pay more than half a million euros.

For his part, he had already paid 20,000 for the damage at home. As she said, she was very cautious and insisted to the person who rented the property that parties could not be held, as explained in the advertisement, but that she could not hold a meeting of more than six people due to the regulations imposed by Health .

However, she assured that she was deceived. When he got home, he saw seven people escaping with backpacks, and another 10 inside. The singer demanded that none of them leave and asked them to help reposition the furniture, which was all tucked into a couple of rooms, “as if it were a storage room.” “Nobody moves from here, or I call the police!” He recalled.

This detail shocked the collaborators of the Deluxe, who from the beginning were being very skeptical of what the singer was narrating, especially Víctor Sandoval and Kiko Matamoros. What ended up making everyone burst out laughing was that Sabater said that, after all that, he agreed to take pictures with some of them.

The person who negotiated the conditions with Sabater was gone when she arrived, as she escaped and left the keys to another young man. In addition to the damage, the artist said that at the party there was drug dealers and prostitutes, and who stole lingerie, her Versace quilt and the television controls. On the other hand, he took the opportunity to clarify that He had not taken 6,000 euros, but 350.

Regardless of the material, Sabater said she felt personally offended by all the accusations that had been made against her. “For the first time, I feel sorry for Isabel Pantoja,” he said. He remembered that sadly his sister had died during 2020 from COVID-19, and that she was highly aware of the pandemic. “Besides, in that house no parties have been held since my mother died two years ago, they don’t make sense to me,” he concluded.