“When you love a game like League of Legends, you immerse yourself in it as if it were your own world,” says Peter Kingsley, Marketing Director at Logitech G. “We built this collaboration with the League of Legends team, based on the idea of ​​uniting our Pro series products and technologies featuring iconic Hextech designs from League of Legends. The headphones, keyboard, mouse and mouse pad are clad in the colors of the League of Legends universe, creating a unique collection designed for truly unique gaming experiences. “

In League of Legends, Hextech is the magic infused technology that powers the Piltover and Zaun regions. At its core, Hextech combines a clean, layered geometry of art deco-inspired architecture with magical force, a blend of the modern and the fantastic. In keeping with the official League of Legends design language, Hextech not only empowers, but also guides players.

“We are delighted to continue our collaboration with Logitech G,” said Ashley Maidy, head of consumer products at Riot Games. “They have been fantastic partners in enhancing the player experience and bringing League of Legends to life. The new pro-level collection elevates any gamer’s experience by applying our League of Legends Hextech technology into sleek, high-performance gaming-oriented products. “

The PRO X League of Legends Edition Headphones with Microphone were created to inspire League of Legends fans and are designed to elevate gamers to a competitive level. Based on PRO X technology, developed with and for esports professionals, these headphones feature a premium build for extraordinary comfort and durability, with Blue VO! CE technology for flawless communication and 7.1 surround sound for maximum immersion and clarity.

The PRO League of Legends Edition mechanical keyboard has a compact design with no number keys that frees up table space for the use of low-sensitivity mice. Featuring highly durable GW Brown tactile switches, it delivers perceptible response without creating too much noise or distracting. This keyboard features programmable LIGHTSYNC RGB lighting and onboard memory, allowing players to customize and store a lighting pattern for tournaments.

The G840 XL gaming mousepad brings Summoner’s Rift to your desk and brings the collection together under the same universe. Its generous 900mm x 400mm extra-large format offers a stable 3mm height to eliminate mouse interference while offering maximum configuration options for your setup.

Part of a collection that is more than just a gaming setup, but tools of legend, forged by magic, tempered by science and wielded by champions. 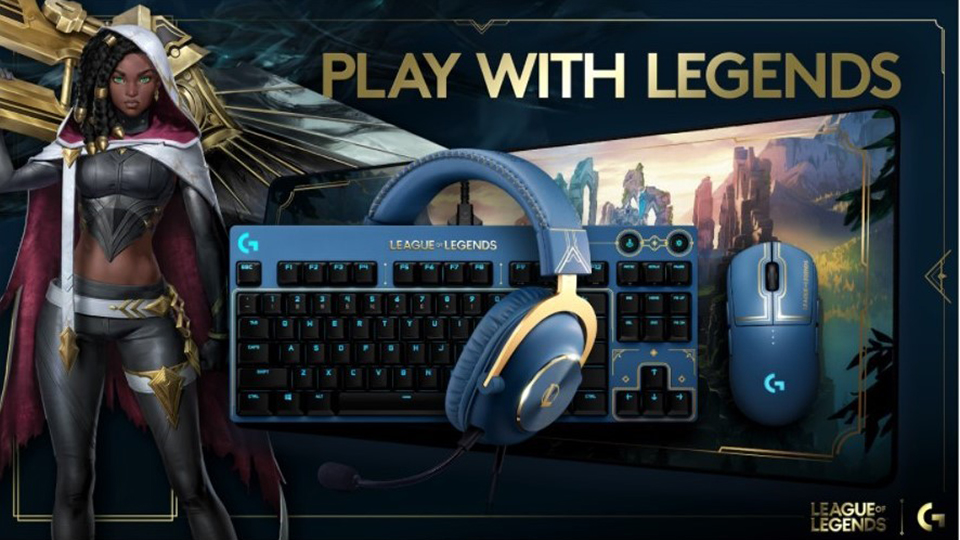 SQUARE ENIX® has announced that patch 2.2 of Marvel's avengers out now, featuring an all-new four-player battle to take on...

Studio Revolution Software, creators of the popular series Broken sword, and the French publisher Microids, are pleased to announce that...

Games coming out in December 2021

Share wherever you want !! And the last month of 2021 arrives. After a whole year full of explosive premieres,...

What does torn UCL mean for Miami Heat’s season?