Everything you need to know about the premiere of the Telemundo series “Looking for Frida”.

‘Looking for Frida’ tells the story of the “idyllic Pons family and how their lives suddenly change when their daughter, Frida, mysteriously disappears the night of her father’s birthday party. During the investigation, lies, resentments and secrets will come to light, unmasking a family that is far from perfect, which will leave the public questioning every detail and everyone involved in this captivating story full of unexpected twists.

Looking for Frida: Official Trailer | TelemundoOfficial Telemundo video. What secrets are hidden behind the tragedy of the Pons? Official trailer of #BuscandoAFrida. Premiere Tuesday, January 26 at 10 PM/9C on Telemundo. Download our App: https://telemundo.app.link/8005Db9UP6 SUBSCRIBE: https://bit.ly/TelemundoYTChannel Telemundo App Telemundo – Full Episodes is your digital destination to enjoy the programming you like! Watch full episodes …2020-12-15T14: 59: 52Z

The new melodrama of the Spanish-speaking television network was recorded entirely in Mexico and was directed by Carlos Villegas, Felipe Aguilar and Mauricio Corredor.

“Looking for Frida” is an adaptation of the Chilean drama “Where is Elisa?”, An original story by Pablo Illanes that was recreated by Telemundo in 2010, becoming the most watched Spanish-language series on its schedule in the United States.

Like “La Suerte de Loli”, the recordings of the new Telemundo drama project were made in the midst of the confinement that is experienced worldwide by the COVID-19 pandemic.

“Looking for Frida” hits the screens of Telemundo to replace the television series “Falsa Identidad 2”, whose finale was recently broadcast with complete audience success on the screens of the major Spanish-language television network in the United States.

Everything you need to know about the premiere of “Looking for Frida” on Telemundo:

FREQUENCY OF TRANSMISSION: Monday through Friday at 10:00 PM Eastern Time.

WHAT THE STORY IS FOCUSED ON: The plot of “Looking for Frida” centers on the mysterious disappearance of Frida during her father’s birthday party, which is why endless secrets of her family will come to light throughout the police investigation.

PRODUCTION: The series is a Telemundo Global Studios production under the direction of Carlos Villegas, Felipe Aguilar and Mauricio Corredor, with executive production by Marcos Santana, Karen Barroeta, Ximena Cantuarias and Monica Vizzi, and the adaptation of the libretto by Sandra Velasco. 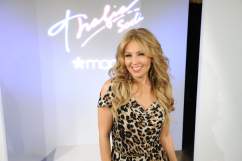