Lynk & Co: the formula for fewer cars on the road and more use

The Chinese brand Geely, owner of Volvo, opts for a monthly subscription model that includes all services and allows car sharing to save the cost of that fee.

Lynk & Co is a new car brand that started its journey in China in 2017, and now comes to Europe with a revolutionary car-sharing system. The idea is to make monthly subscriptions at a cost of 500 euros, which include maintenance costs, taxes and insurance for any driver. In addition, through an application on the mobile phone, the vehicle can be transferred to third parties who are registered for free in that app and charge the price that is agreed between both, so that the “holder” saves part of his quota with each transfer. 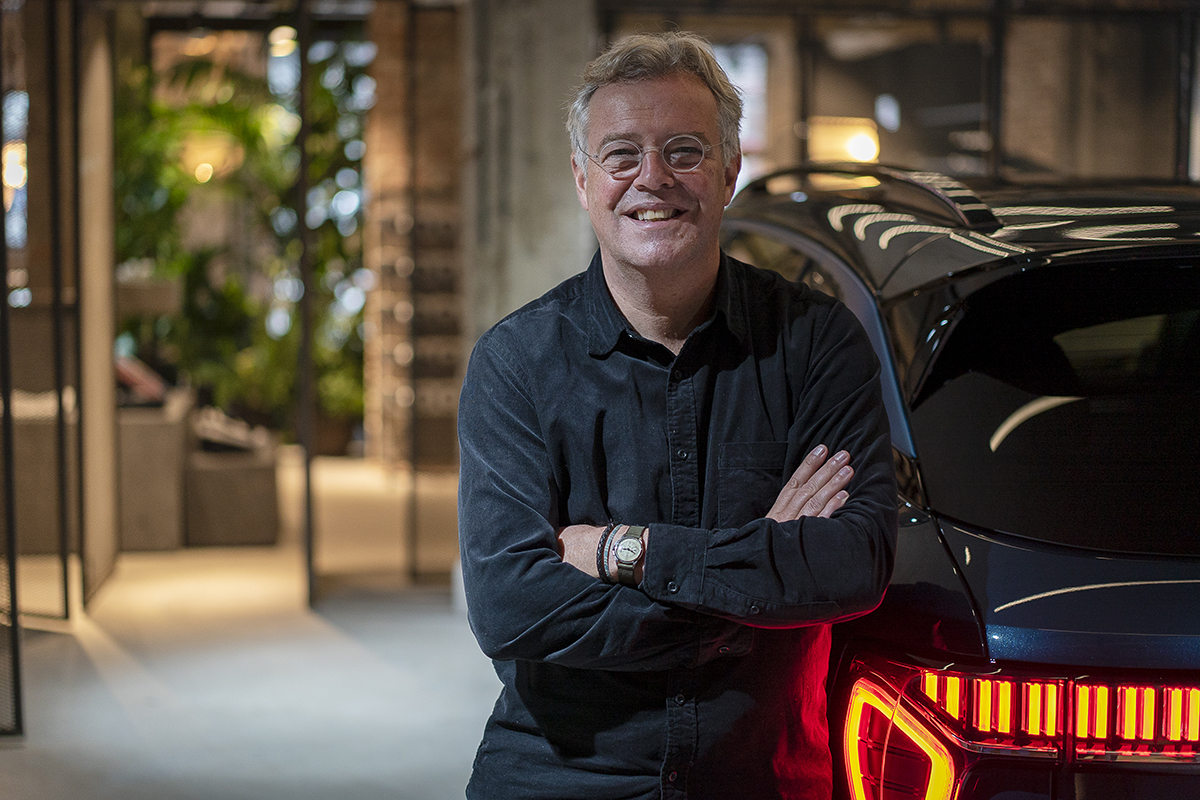 “I have been working in the automotive sector for 35 years and six years ago I rethought my life “, says Alain Visser, CEO of Lynk & Co and creator of this new business concept.” The world of the automobile has not changed in all this time, except in relation to product, while today’s society has nothing to do with that of three decades ago. It is an arrogant industry and I wanted to open my mind and go towards a more sustainable world, where there are fewer cars on the street and they are put to greater use. “

This affable Belgian who speaks six languages, worked at Volvo at the time and raised his project with the Chinese group Geely, owner of the Swedish brand. “They thought it was a real madness, but I insisted and they gave me the opportunity.” Paradoxically, in the Asian country Lynk & Co started with the traditional car sales model, “because for those people it was inconceivable that when they had achieved their dream of owning something so valuable, we told them that it did not make sense”, Visser comments. However, little by little the subscription format is being accepted. 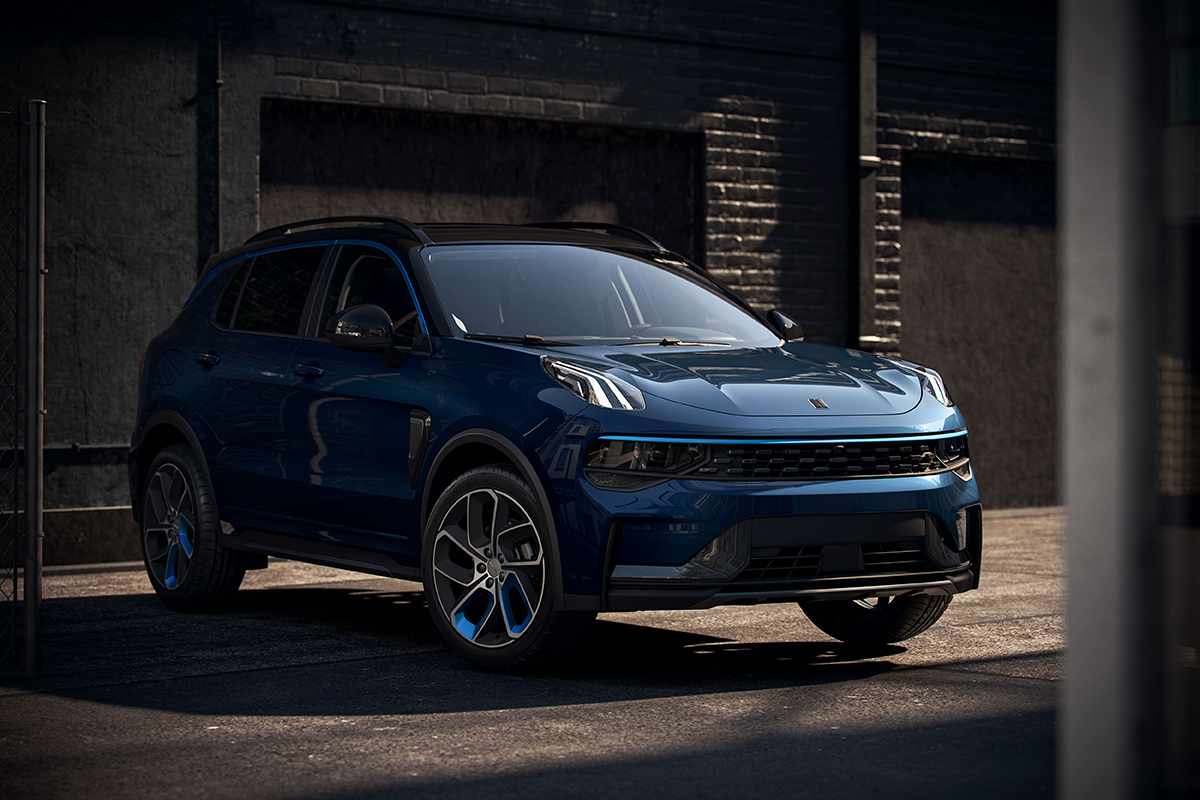 In 2018, the first full year of sales in China, more than 120,000 vehicles were delivered, a real success, but in Europe there is doubt as to how the new formula will work. “We set a goal for 2021 of 9,000 subscribers and in just eight months we have reached 24,000, that share the 1,400 units of the 01 model that have been put into circulation. “It is a compact-size SUV that It is based on the Volvo XC40 and is offered in a hybrid or plug-in hybrid version with 69 km of autonomy.

More than 2,000 members already in Spain

Of these units, one hundred are in Spain, where, in addition, there are already more than 2,000 members of this community of Lynk & Co drivers, something surprising considering that no type of promotion has been made in our country and less than 1% of the population knows about this firm. 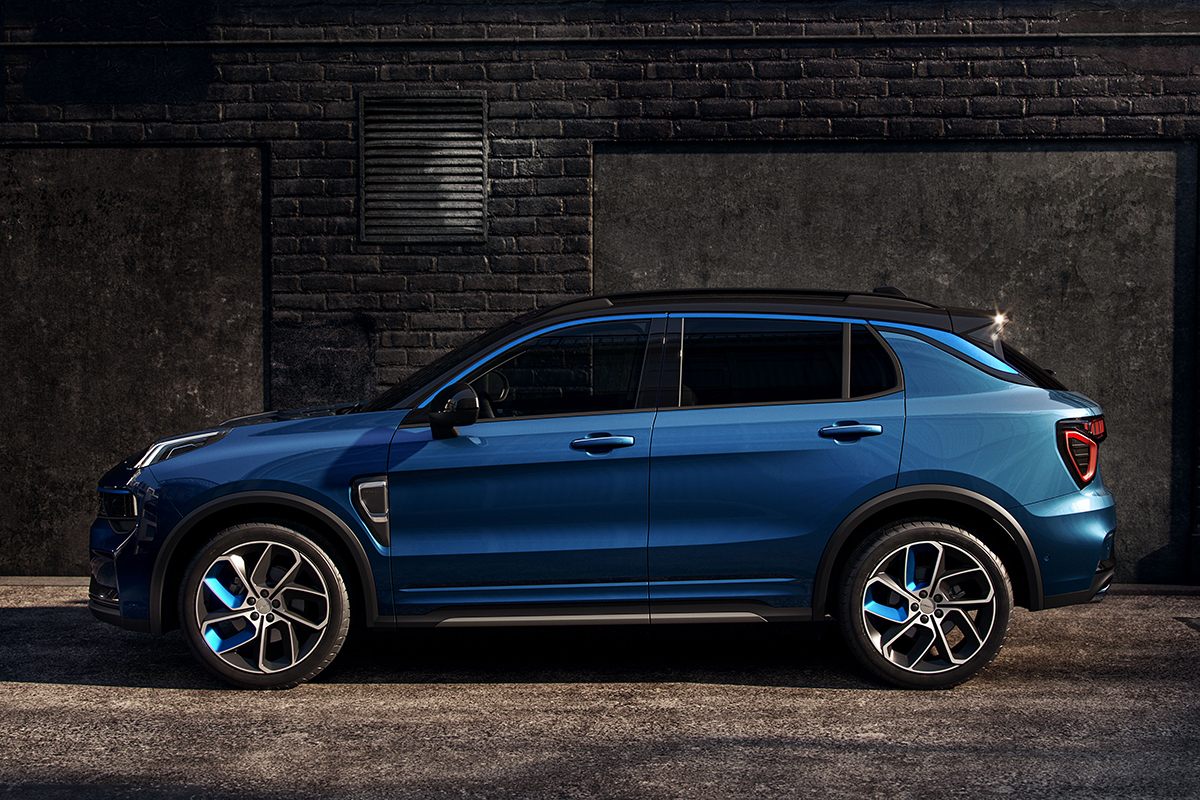 “We are in a phase of exponential growth, although we must be careful because we cannot add people in an unlimited way without having the vehicles to attend to their needs “explains Alain Visser. “In this month, we have to rethink the forecasts for 2022, since initially the goal was to grow by 20,000 more subscriptions, but it seems obvious that the figures must be changed.” At the beginning of this year, there were 150 people working in the European business, a workforce that today is 450 employees and that will exceed 500 at the end of this year.

The next step, enter the US

“The next step will be to enter USA but that will not arrive before 2023 or 2024, and we will do it with this same concept of subscription “, points out the CEO of Lynk & Co.” 95% of all our clients opt for subscription, although we do not close the door to those who want to buy the car and own it, with the same options as the rest if they want to share it. We take care of everything, including picking up the vehicle for a check-up and delivering it back. “ 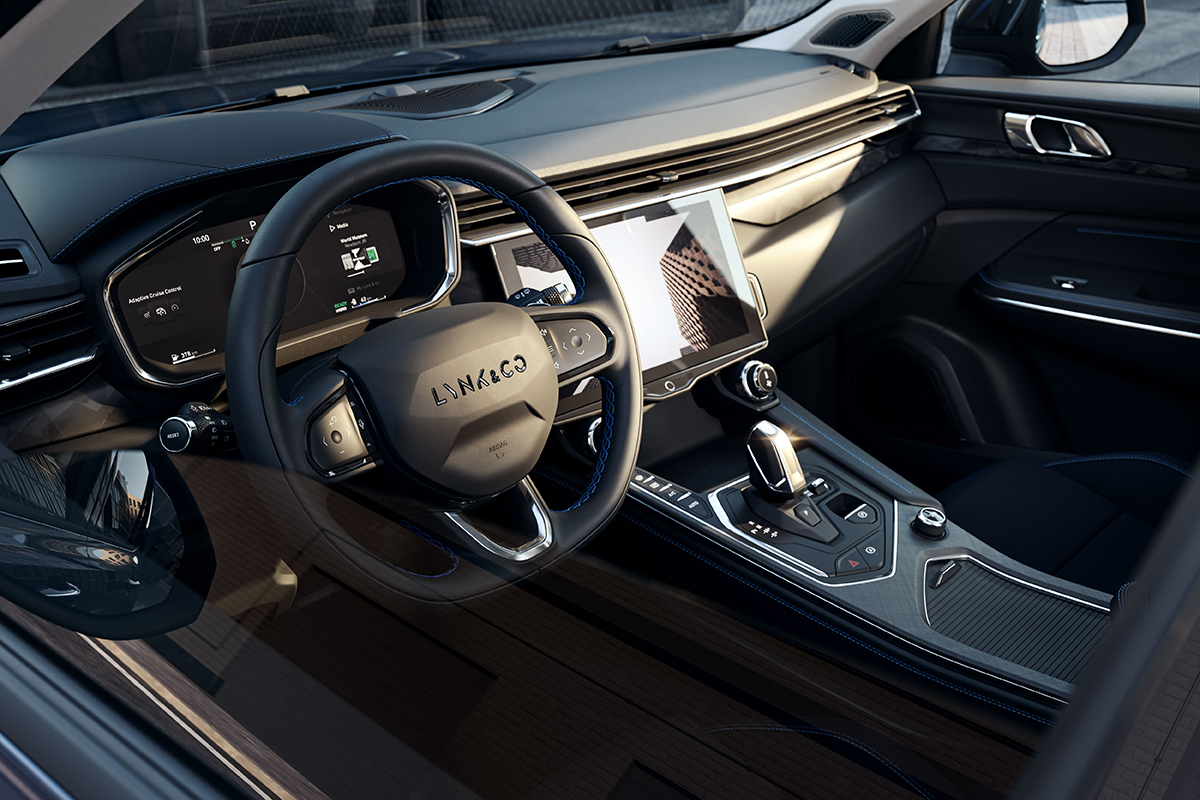 In that part of after-sales service is where they have emerged critical voices from the Volvo dealer network, who provide that service but only make a profit for the labor, since in the spare parts they cannot apply any margin.

“You have to adapt to the digital age and know how to look for new business opportunities. Almost all of our operations, from subscription to troubleshooting, are done online and through our app. There is only some exception of people who come to the few centers that we are opening in European cities to find out and close a contract “, says Visser, in a meeting with ELMUNDO for the inauguration of the Lynk & Co experience center in Berlin, the fourth after Amsterdam, Gothenburg and Antwerp.

The car in the background

The philosophy of these centers It is not the exhibition of cars, which remains in a very secondary plane, but to offer a place of entertainment for the whole family, with a wide variety of cultural proposals, sale and exhibition of different products or rooms where you can chat comfortably and have a drink. All this, in a cool environment, which combines a wide variety of trends with striking and avant-garde decoration. For 2022, three more centers are scheduled to open, the first in Barcelona, ​​and another two in Paris and Milan. 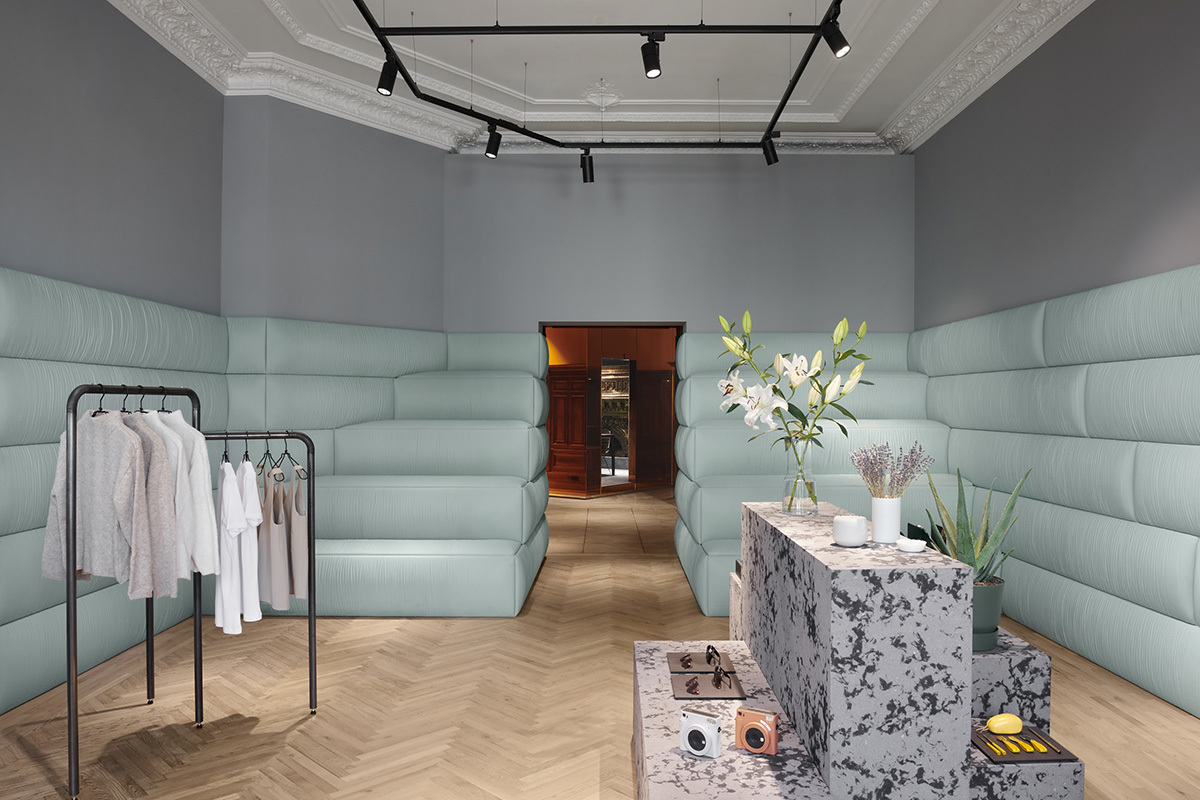 Regarding the product offer, Alain Visser believes that people want things to be simplified for them: “We will have one more model, or at most two, and we will incorporate electric propulsion when the infrastructures are sufficient. In any case, not before 2023 “. The only exception is China, a still very new market for the automotive sector and where the car is a clear symbol of status with which they want to differentiate themselves. 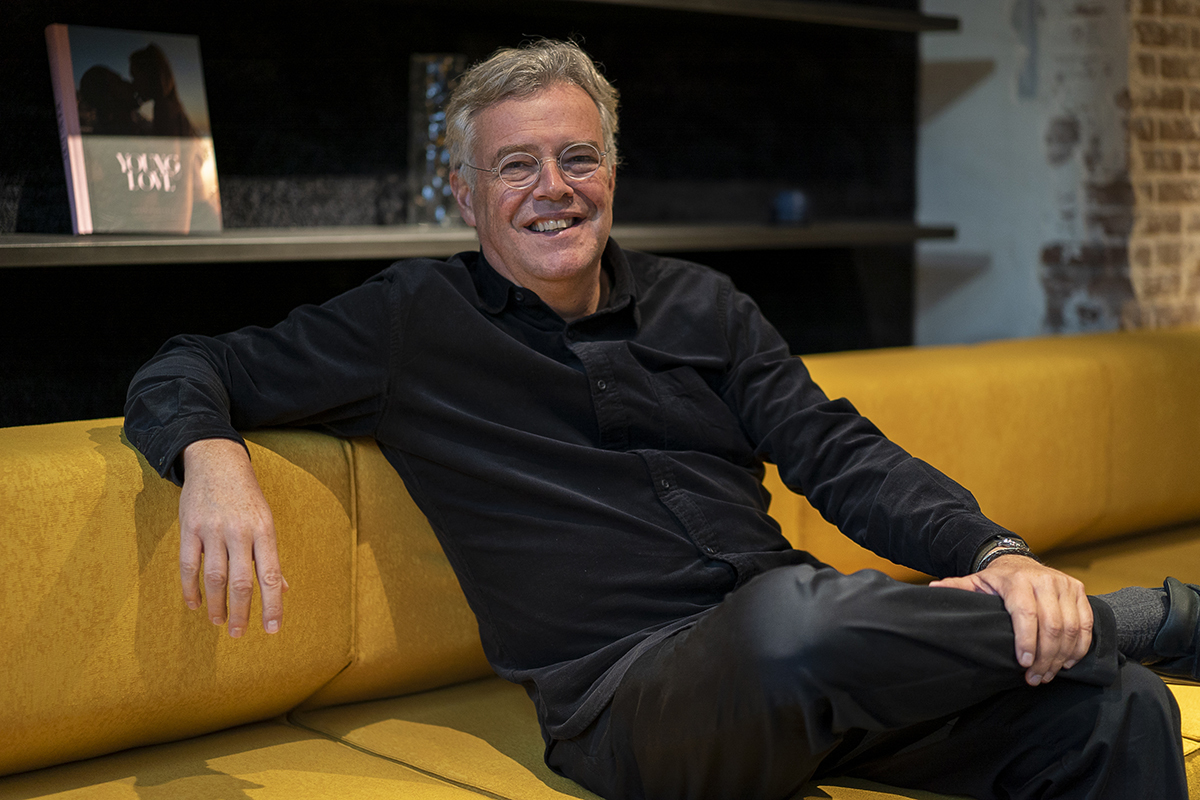 Be Boeing or Lufthansa? Better the second

“If the car manufacturers are not smart, they will be simple providers of the mobility companies, who will be able to their own software and do the business”, concludes this visionary of the sector. “In 20 or 30 years, 90% of the vehicles will circulate in the city and will be autonomous cars from companies like Uber. Only brands like Porsche or Ferrari will be recognized, which will continue to make impressive sports cars for a minority. I tell my team that we must decide whether we want to be Boeing or Lufthansa. I am clear that the latter; no one says he’s going to Munich in a Boeing. “

A performing arts university on the tracks of a train, Schindler Architecture Prize 2021

Three tricks to reduce what you will pay for your mortgage