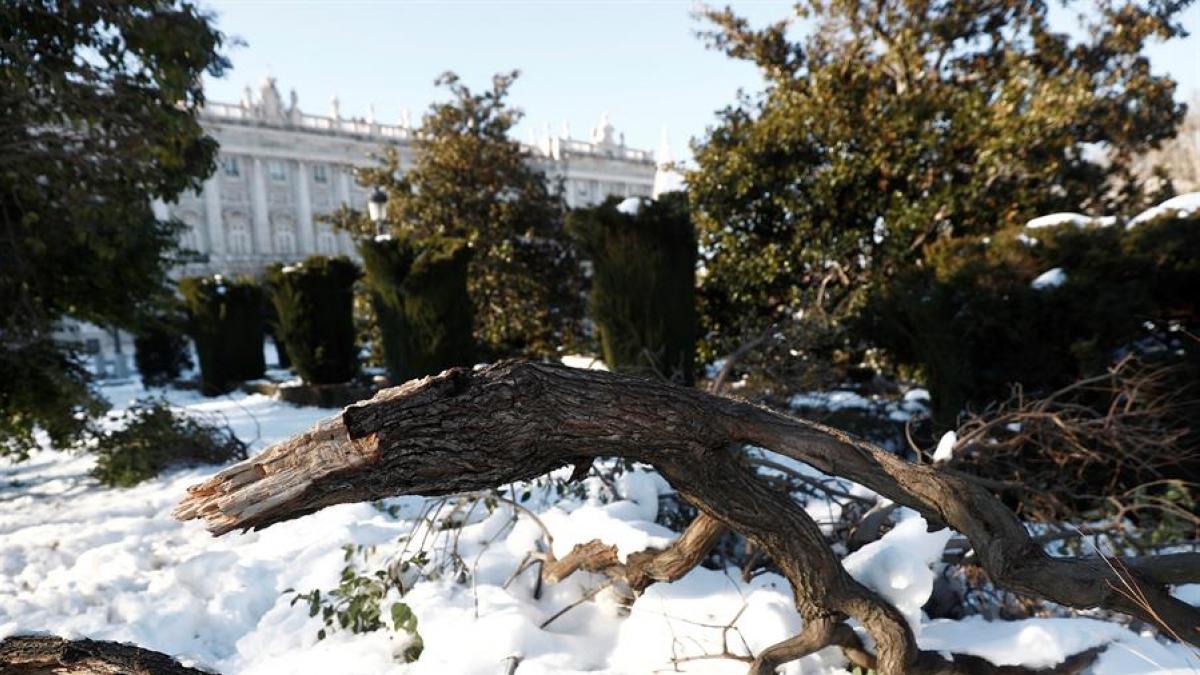 The Madrid City Council decreed this Tuesday the indefinite suspension of access “to all parks and green areas” from the capital due to the danger posed by falling trees, a consequence of the snowfall caused by the storm Filomena.

This was announced through Twitter by the delegate for the Environment and Mobility, Borja Carabante, who alerted the “existing hazard” in wooded areas and asked citizens “to avoid walking under the trees.”

I have just signed a decree to suspend access to all parks and green areas in Madrid due to the danger of trees after the damage that the storm has caused in thousands of copies. Please avoid walking under the trees #Filomenapic.twitter.com/Bi0dfM9t2q

The General Directorate of Waters and Green Zones, dependent on the Environment and Mobility area, estimated on Monday that “more than 150,000 trees” Of the 800,000 in green areas and on the city’s road axis, they suffer from diseases effects of the storm.

In a note released this Tuesday, the City Council specified that the degree of damage to trees in the road network reaches 18%, in “singular parks” it is between 10% and 15%, and in historical parks such as he Retiro or Casa de Campo “could go up to 70%.”

“Along with the visible conditions there are latent risks in trees: those derived from the accumulation of water in hollows of trees that under frost conditions will cause the wedge effect with the consequent tears, and the broken branches retained in the frame of the cups will be exposed to the action of the wind “, explains the municipal government.

The closure decreed by the City Council will be extended to recreational facilities for children and sports existing in green areas.