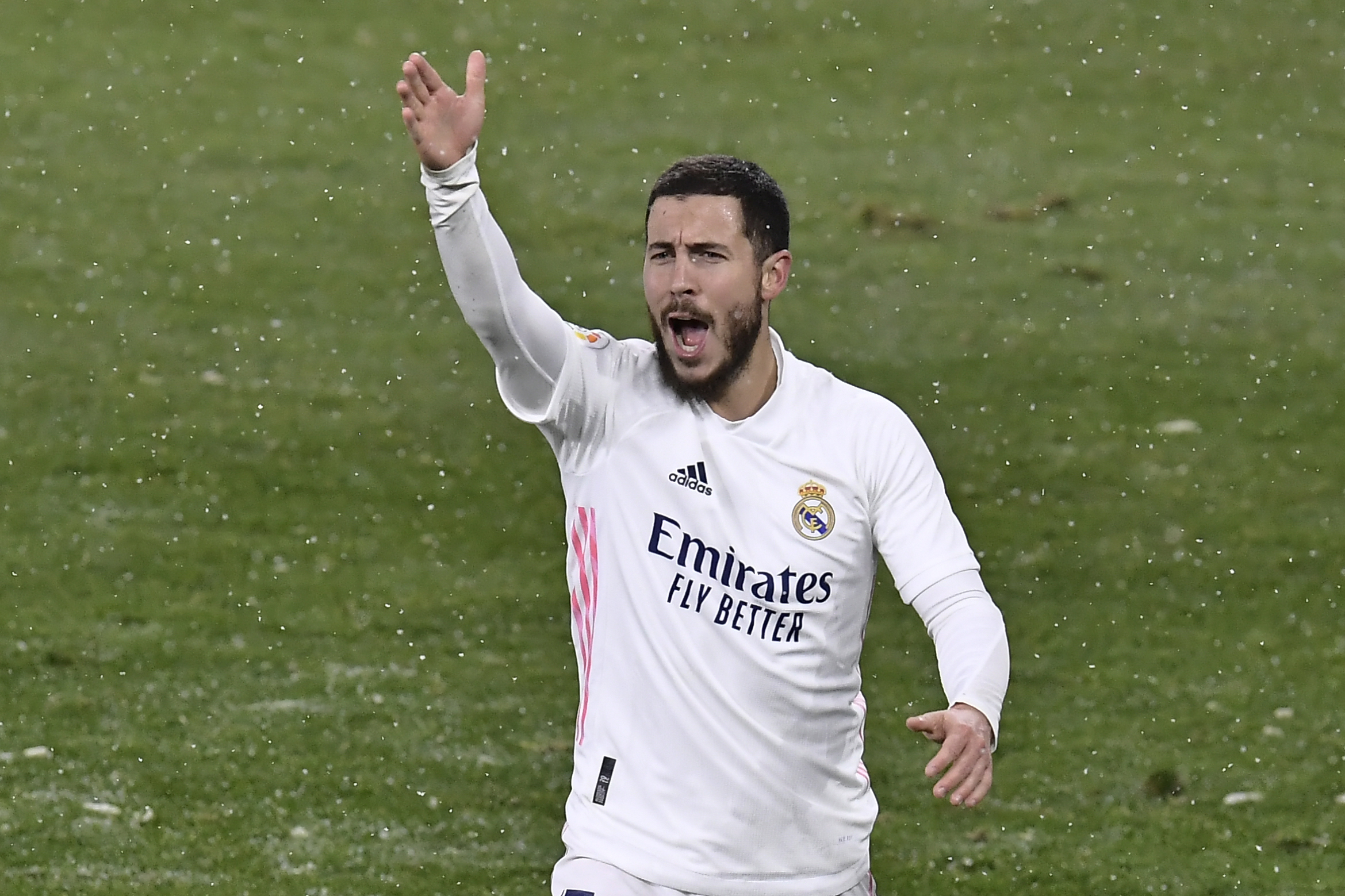 The Metropolitan grass passed Friday night as an Instagram hit. Snowflakes fell in the wind, visible in contrast to the light from the sodium lamps that simulate a permanent afternoon sun. Warmth in the dark, while underground he stoked the heating. But that postcard placidity also contained the anguish and chaos that the storm Filomena has brought to the League, which at the same time kept Real Madrid blocked for four hours on a plane in Barajas, and forced Athletic to return to Bilbao when, later After going around the capital several times, he found that he could not land at an airfield that this Friday canceled dozens of flights and Minister Ábalos even closed it. This Saturday, the meeting at the Wanda was finally postponed.

To try to avoid the storm, and indicated by LaLiga, Madrid had advanced their trip for the game scheduled for this Saturday against Osasuna (9:00 p.m., Movistar LaLiga), but ended up entangled in the gigantic snowfall with enormous general anger. He managed to land at 11:12 p.m. in a city that Filomena had not yet begun to unload on.

Another odyssey lived Rayo Vallecano in his attempt to move to play against Mirandés. The Vallecanos launched this Friday afternoon on a very uncertain expedition, down a snowy road towards Miranda de Ebro, to turn around a couple of hours later. LaLiga announced this Friday night that it was postponing the Rayo and Alcorcón-Albacete match to Sunday.

In reality, snow is not an insoluble problem for grass, because it does not damage it. When it accumulates, it forms an air chamber that maintains the temperature at zero degrees, a kind of protection against frost, which does disable the lawn. On Thursday Osasuna did not train on natural grass in Tajonar because the fields were frozen. This Friday, however, Madrid was able to exercise in the afternoon on the Valdebebas grass while it snowed. “The outfielders have done a lot of work so that we can train normally,” Zidane said. That snow is not very serious, but it has to stop at some point. So that it can be removed all at once.

But in the conditions of this Friday, the commitment of the workers who worked in the Metropolitan was sysifico. “You advance six meters with the machine, you look back, and you have two fingers of snow again. We cannot cope, ”said a person involved in the operation, which numbered more than 40 troops. That is also the size of the crew hired by Osasuna. In Navarra, on orange alert, Filomena will arrive this Saturday, a little later than Madrid. “We have to travel today [por este viernes]. There is no other remedy. They are obligations, ”Zidane lamented hours before being trapped on the plane.

The weather reports for this Friday predicted that this Saturday it will snow heavily on El Sadar. And that will curdle and a layer of about ten centimeters will accumulate. The effect on the game will depend “on when or how much snow”, according to Osasuna sources. This Friday afternoon they trained at the stadium. To receive this Saturday to the storm, they have been tempering the grass with sodium lamps for several days. They hope to have the field clear by nine, but it is possible that it will continue to snow then.

To reduce this uncertainty, in Madrid they tried to advance the appointment several hours, at 2:00 p.m. or 4:00 p.m. this Saturday, without LaLiga endorsing the change. So, in the event that it is suspended, the main option would be Sunday, around noon, when the snow is expected to have stopped.