Actress Marjorie de Sousa is happier than ever with her new romantic partner.

Marjorie de Sousa would be giving herself a new opportunity in love with the influential Mexican businessman Vicente Uribe, the information was confirmed by her public relation Alberto Gómez. The couple has been in a loving relationship for six months.

“He is quite a gentleman. They are doing very well, ”Gómez told People en Español magazine to confirm the Venezuelan actress’s romance with Uribe. In addition, the publicist emphasized that Marjorie de Sousa will not provide any type of interviews at the moment, much less will offer details about her current partner.

According to journalist Javier Ceriani, Vicente Uribe has been a divorced man since March 2019, so Marjorie de Sousa would not have been the cause of the Mexican businessman’s separation from his now ex-wife.

Likewise, the Argentine communicator mentioned that since the end of May 2020, Marjorie de Sousa and Uribe have had a loving relationship and that they do not rule out the idea of ​​joining their lives in marriage in 2021.

In the middle of a broadcast of his show “Chisme No Like”, Javier Ceriani assured that the couple lives in a luxurious residence in Acapulco in Mexico, and that the businessman renewed the apartment for the Venezuelan star in Mexico City. 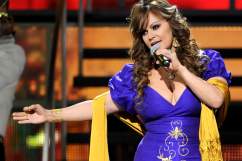 Vicente Uribe owns the Mexican brewery “Patria the World Trade Center” and the establishment “Obsession Lounge Bar” in Mexico City, so at all times he has been related to the world of business in Mexico, according to MamásLatinas.

In April 2020, Marjorie de Sousa was one of the ambassadors of the campaign “For you, for me, for everyone, together let’s reactivate the economy” of the Mexican brewery “Patria the World Trade Center”, owned by her current loving couple. At the time, the company was donating food to the neediest families amid the COVID-19 pandemic.

“Thank you for letting me be part of this, let’s help,” said the actress in a comment on the publication that was released through the official profile of the brewery where you could see the Venezuelan actress urging people to register at the campaign website to receive such assistance.

In the month of May of this 2020, Vicente Uribe offered statements to the entertainment show “Un Nuevo Día” on Telemundo where he stated that he was helping Mexican citizens with the donation of meals and generating sources of employment for all those people who needed generate income amid the public health crisis experienced by the COVID-19 pandemic.

Marjorie de Sousa: Did the actress provide a clue about her love life?

Marjorie de Sousa spoke very sincerely about her love life just a few days ago in an exclusive interview with the Univision entertainment show “El Gordo y la Flaca”: “The fact that I do not publicly say that I have someone does not mean that don’t have it. I believe that the beautiful things in life should not be shown to the whole world, you have to live them intensely ”.

Marjorie de Sousa had not been romantically related to anyone since she ended her mediatic love affair with actor Julián Gil in April 2017.