Martha Ceja, a very peculiar fan of the rented mamporro 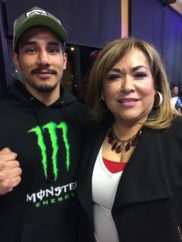 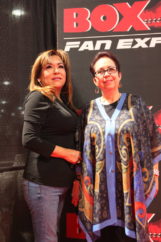 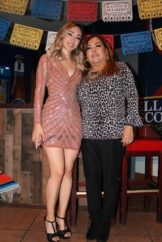 Now I have to speak of a mere godmother of the community in Las Vegas, and the net of the planet, I think I already look like a broken record by repeating the virtues of this businesswoman who has a heart that I do not think fits in her chest, I mean Martha Ceja from Pepe’s Tacos. And let’s be clear, it’s not that he puts a lot of cream on his tacos, but those who know of his generosity would never let me lie in this description of him. But before continuing to praise her for her humility, I am going to share something other than her support of everyone who approaches her with a noble cause. Martha is a red bone boxing fan, and if she is aware of championship fights, and although she is a culiche by birth, her favorite boxer is Saul “Canelo” Alvarez, about whom she told me an anecdote that I want to share; The godmother was visiting the pearl of Guadalajara, and at the return airport the crew members got on the plane and took their seats, the minutes passed and they wondered why they were not taking off to their destination, which would be Las Vegas, then a voice was heard in the horn that announced without further details that the takeoff was going to take at least two hours, Martha’s first thought was that it was a joke from the pilot on duty, but as the clock consumed the waiting time, she realized that the matter was serious, and I am not curious about it, because before taking off, the capital itself notified them that the reason for the wait was that all the runways were occupied with private planes of millionaire entrepreneurs and famous artists, who were also heading to Las Vegas for Floyd Mayweather’s fight against Saúl Canelo Álvarez. Then Martha deduced that when “Canelo” has a fist commitment, all the cream and cream of society in Jalisco take out his little plane and fly pigeons to the city of lights and entertainment. But Martha is not only an ordinary fan since some boxers have benefited from her sponsorship support, such as Leonardo “Asesino” Chávez, Víctor “Vikingo” Terrazas, also the Puerto Rican Jayson “Maravilla” Vélez, he has also contributed in boxing events Amateur at Center Ring Boxing with the endearing promoter Joe Banales. And to close with a flourish I comment that Mrs. Martha, rain or shine, attends her prayer group every Monday, because being selfish is not part of her emotions, on the contrary for her being happy is not exactly enjoying the She reaps her fruits earned with the sweat of her effort, but feels more joy when others are happy because of her. And nothing, you know that if you live or come to visit Las Vegas, stop by Pepe’s Tacos Boulder or the Rainbow branch, to enjoy the delicious food recipes that have opened the doors wide to success. 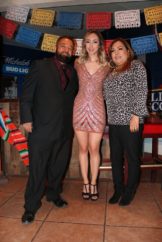 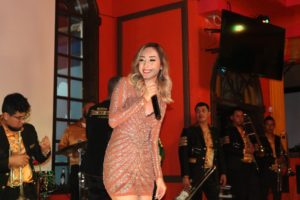 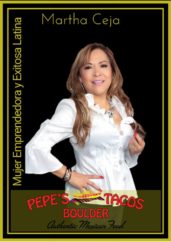