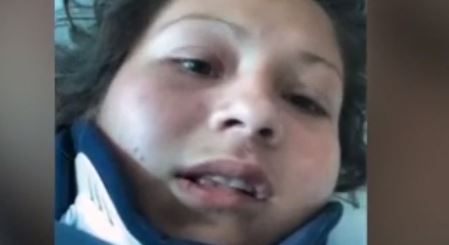 Today is Tuesday, February 23 and these are the main news of the day:

1.- As of today, the Jackson Health System will begin to receive appointments online for the vaccination of people between 55 and 64 years old. In addition to meeting the age requirement, they must have a signed medical order stating that they suffer from one of the 13 approved medical conditions. You don’t have to be a Jackson patient.

2.- Karla Morataya woke up today with more than 15 knife wounds at Jackson Memorial Hospital. The woman assures that it was caused by her ex-partner, Alberto Smith, who entered her house this Sunday and attacked her and her boyfriend, who bled to death at the scene. And all in front of the woman’s son. The suspect fled, but died on the run when his vehicle crashed.

3.- They revealed the images of the rescue of eight Cubans whose boat capsized after a large wave capsized the boat, throwing their crew into the water, near the coast of St. Lucie County. They had been at sea for more than 16 days. All were hospitalized and are in stable condition. Immigration has not determined what action they will take with them.

4.- The Citizenship and Immigration Service announced that from March 1 it will resume the 2008 version of the naturalization test, a simpler test than that imposed by the Trump administration. If you submitted your papers between December 1 and March 1, you can choose which version you want to take.

5.- The Colombian singer Shakira surprised with an entertaining video on social networks in which she appears having fun, doing different types of pirouettes and movements. Shakira says that is what happens after a session in the studio, while everyone sleeps and she is still awake and active.