Microsoft joins the fashion of ‘wearable gadgets’ with its new Band 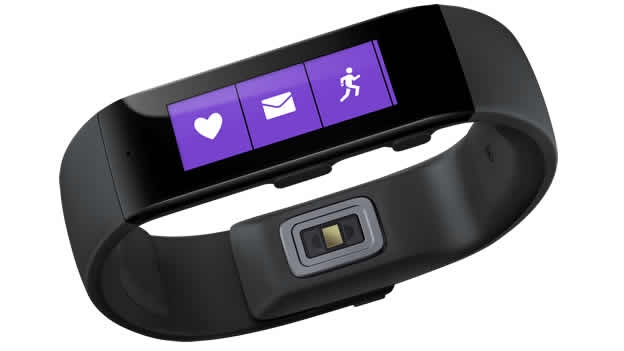 (CNNMexico) – If a company was missing to confirm that wearable technology is anything but a fad, it was Microsoft.

The company behind the world’s most widely used computing operating system, Windows, announced the release of Band, a smart bracelet capable of measuring the physical performance of the user.

“Microsoft Band is a state-of-the-art heart monitor that provides detailed and accurate information on calorie burn, sleep quality and performance. With the added inclusion of integrating the Cortana personal assistant into Windows 8.1. In addition, the band offers free access to the most relevant web content and notifications, regardless of whether you are in the office or the gym, ”said Thomas Kohnstamm on the official Microsoft blog.

Microsoft’s new wearable is visually similar to products from firms such as Jawbone, Fitbit, Misfit, Sony or LG.

However, the Redmond company has integrated more hardware into the Band than most of the smart bracelets currently sold on the market.

The band also integrates a microphone, vibration motor, bluetooth connectivity and water resistance (not submersible, only applicable for cases of rain and momentary splashes). Although the voice interaction feature with Cortana is only supported when the band is connected to a Windows 8.1 smartphone, Band is also compatible with iOS and Android devices.

Microsoft’s wearable can now be purchased through its online store and is priced at $ 199.

A new era of personal health

Similar to Apple with HealthKit, Microsoft’s entry into the wearables industry goes beyond selling smart bracelets. Along with Band, the company also announced the release of a cross-platform, adaptive healthcare software known as Microsoft Health.

“There is a vibrant new market for devices and services that gives us access to a wealth of information about our nutrition, health and fitness. We see an opportunity to bring these devices and services together to combine that information, collect it and use the power of the Microsoft cloud to turn all that data into something more valuable, ”explained the company’s corporate vice president Todd Holmdahl.

Microsoft is not joking. Health is not a platform that will only run on your new apparel, but will also work with some of the most common fitness apps on the market like UP by Jawbone, RunKeeper, Under Armor, and MyFitnessPal. The new health platform is also available as an app for iOS and Android.

The software will provide the user with information such as: exercises that are more effective or with higher calorie burns depending on the person, intensity recommendations and lapses to exercise and measurements of sleep quality.

However, the company plans to combine the information with its analytics and cloud computing tools to bring Microsoft Health to a level of artificial intelligence that wearables have not been able to achieve.

“Imagine that you have set a goal to get fit and lose weight as part of your exercise routine. Based on how you exercise and burn calories per week, we may be able to self-suggest a training plan. personalized. As you follow that plan (or if you decide not to) our technology will adjust to give you the best possible training plan, just like a real trainer would, “said Zulfi Alam, general manager of personal devices at Microsoft.