MEXICO – The Guadalajara boxer Miguel “Títere” Vázquez won the Fedelatin championship of the World Boxing Association (WBA, for its acronym in English), of light weight, after winning by unanimous decision (99-91, 96-94 and 98- 92), to the Nicaraguan Oliver “Trombita” Flores, this Saturday night at the Verité Social Venue in Monterrey, Nuevo León, which could be enjoyed in Latin America through the screens of Combate Space, in the American Union through ESPN + in association with Top Rank, and in the rest of the world by IFL TV.

At 34 years of age, the former world champion of the International Boxing Federation (IBF), “Puppet” Vazquez made it clear that he is in a clear position to go after a chance to contest and win a world title, after offer an intelligent boxing, keeping the distance and countering with effective left and right deliveries to humanity from a brave and offensive opponent such as the Central American southpaw, who counted on his corner with the indications of the former world champion Rosendo “Búfalo” Alvarez.

An accidental head butt, in the third round, was aimed to cause a premature end to the battle, the Nicaraguan resulted in a scandalous cut to the eyebrow, however, Ring’s doctor determined that the battle could continue. 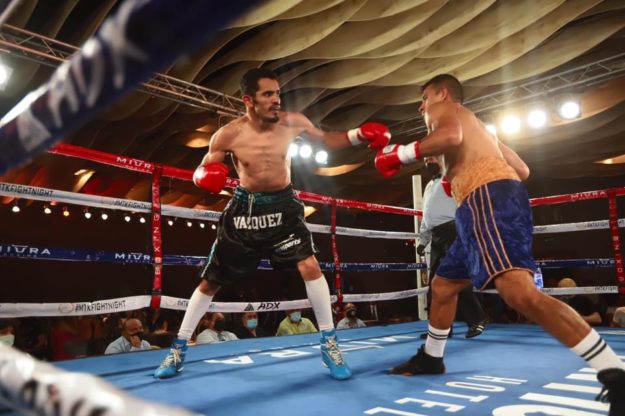 The cut away from intimidating Flores, prompted him to go to the front, trying to connect an elusive opponent.

At the end of the contest, the judges determined a triumph by unanimous decision in favor of José Miguel Vázquez Bautista, who added his 44th victory, 17 of these by knockout, in exchange for 10 defeats.

For his part, Oliver Rodolfo Flores Bermúdez set his mark for 30 wins, 19 knockouts, in exchange for four losses and two draws. 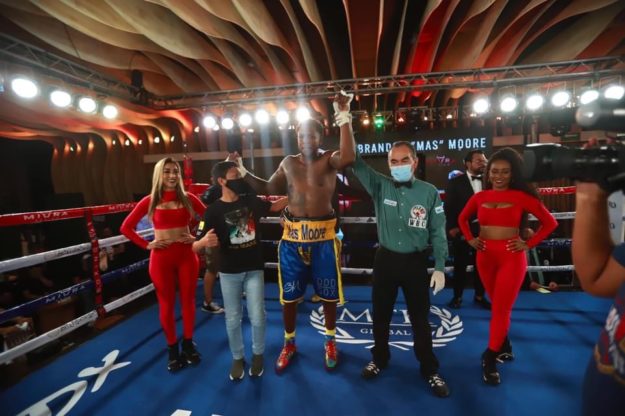 In the undercard co-star brawl presented by Miura Boxing Promotions, led by Manuel Garrido, and MTK Global, which is represented in Latin America by Mariana Caballero, American giant Brandon Moore retained the WBC USNBC Silver heavyweight championship by knocking out in an episode at the local Jesús Ángel “Dandy” Nerio. 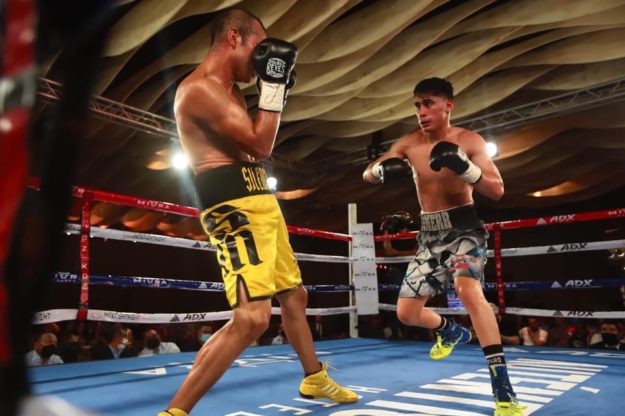 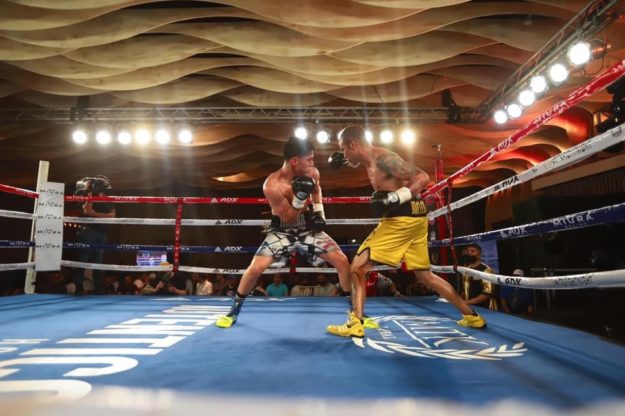 They were running the first minute of the fifth episode, when the so-called “Mortar” Espinosa managed to connect a solid upercut with the right, sending an injured “Silent” Meléndez to the canvas, who after receiving the protection account tried to continue with the brawl, however, he expected a greater amount of punishment, which was delivered by the referee who determined that it was all, by declaring a technical knockout at two minutes and five seconds of the fifth episode. 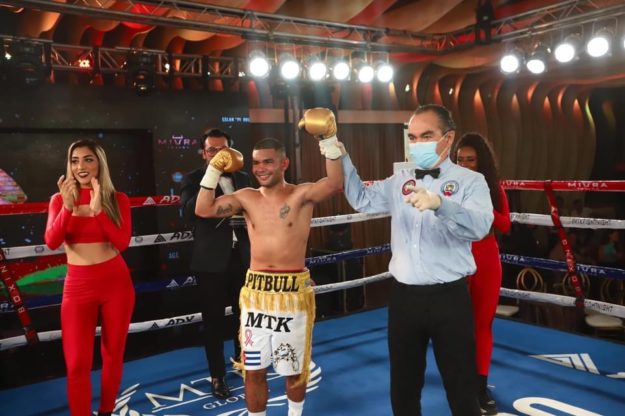 In an extremely disputed duel, the American of Cuban origin, Neslan “Pitbull” Machado, a former WBA International champion, won by unanimous decision (78-76, 77-74 and 78-73), against a fierce rival Alan “Malagueño” Salazar from the capital, in an eight-round super bantamweight brawl. 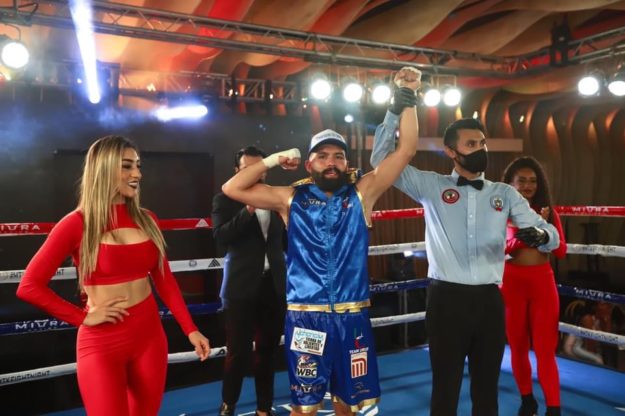 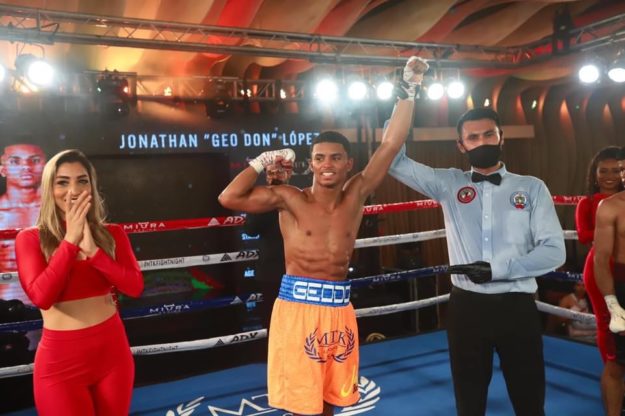