There is life on Netflix beyond ‘The Squid Game’. For instance, ‘Midnight Mass’, the latest miniseries from the creator of ‘The Curse of Hill House’ that premiered on the platform on September 24 and has convinced the followers of terror.

Mike Flanagan is already preparing his new scary miniseries for Netflix, which was announced a few days ago. Is about ‘The Fall of the House of Usher’ and will be based on the work of Edgar Allan Poe, not on a novel or specific story but on several publications. It will have 8 episodes, four directed by Flanagan and four by Michael Fimognari, cinematographer of the Flanagan titles and filmmaker behind ‘To All the Boys: Forever’.

“A lot of the things I do are simmering. ‘The Fall of the House of Usher’ is a wildfire. It’s an explosion. It is as aggressive as rock & roll and the most exaggerated, violent, crazy and terrifying thing I have ever done … by far“The filmmaker advances to Bloody Disgusting. It is true that ‘The Curse of Hill House’, ‘The Curse of Bly Manor’ and ‘Midnight Mass’ have been characterized by being series very focused on the characters and with large doses of drama Even with a very slow pace in 3. It looks like Flanagan will go a different way with his new project.

“We want buckets of blood falling from the ceiling on the second page. And we’re going to take out the heavy artillery. And we’re going to do it to the tune of one of the most intensely effective goth horror writers. We really wanted this. A chance to go crazy. with something. Poe’s entire catalog is out there, it’s in the public domain. We can choose what we want and mix it all up into a wild, bloody heavy metal riff. In a sense we are going to vent after five very emotional years. And it allows me to play in a corner of the genre that I haven’t been able to play in a long time. It’s a relief, really. It’s fun to have fun, “he explains.

‘The Fall of the House of Usher’ is a short story by Poe published in 1839, cited as one of his most defining works. It tells the story of a young gentleman who visits the old mansion of a childhood friend, who lives with his sister and both are in poor physical and mental health. This miniseries, in the style of ‘The Curse of …’, will mix that story with others from Poe. They will begin filming in January and we will soon know the cast, which Flanagan calls “absurd and ridiculously exciting”. We can expect to see recurring faces in her series such as Carla Gugino, Henry Thomas, Kate Siegel or Rahul Kohli, although it remains to be seen who will return and who will not.

The series will again be produced by his company Intrepid Pictures and his collaborator Trevor Macy, producer of all its titles.

But first, ‘The Midnight Club’ 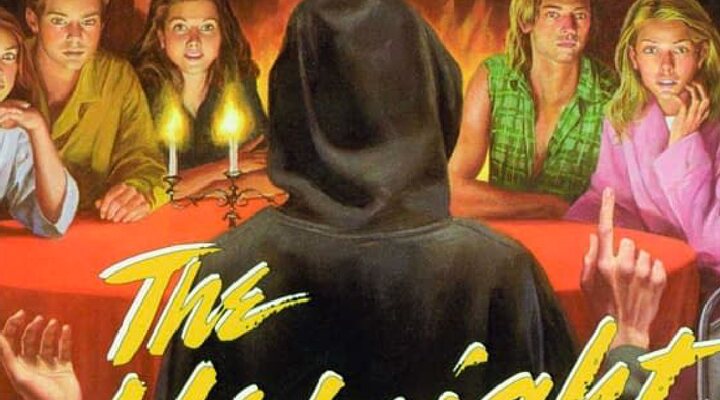 Shooting in January, ‘The Fall of the House of Usher’ probably won’t hit Netflix until 2023. But next year we’ll have another dose of Flanagan with ‘The Midnight Club’, adaptation of Christopher Pike’s teen horror novel that the director has been wanting to adapt since he was a teenager himself.

Throughout 10 episodes we will see the story of seven terminally ill young people who tell each other horror stories every midnight. They make the pact to return from the grave when they are dying to continue the tradition, and when the promise is fulfilled, supernatural events will begin to occur.. Flanagan will also include elements from other novels by the same author.

Among the young protagonists will be Igby Rigney and Annarah Cymone, the two teenagers from ‘Midnight Mass’. We will also see other actors from the recent miniseries: Zach Gilford, Samantha Sloyan and Matt Biedel, who played Riley, Bev and Sturge. Other cast names include Iman Benson, Adia, Ruth Codd, William Chris Sumpter, Sauriyan Sapkota and Heather Langenkamp, ​​who horror fans will recognize as Nancy from ‘A Nightmare on Elm Street’.

‘The Midnight Club’ was finished shooting on September 10, so it is expected in mid-2022.

Alfonso Cuarón and Emmanuel Lubezki will work together again in Apple series with Cate Blanchett – .

Know your worth and stand up for it: Scarlett Johansson justifies her lawsuit against Disney

Know your value and defend it: Scarlett Johansson justifies her lawsuit against Disney – .