While waiting for his family aboard the family vehicle in Hermosillo, Sonora, Delia Emily Castillo, a 17-year-old Mexican-American citizen, disappeared last Tuesday morning.

According to reports, that day the family stopped for breakfast in the town of San Pedro El Saucito, located north of the Sonoran capital.

At the scene, her mother Rosa Isela and other family members went to the bathroom to buy food, while Emily decided to stay in the back seat of the vehicle. 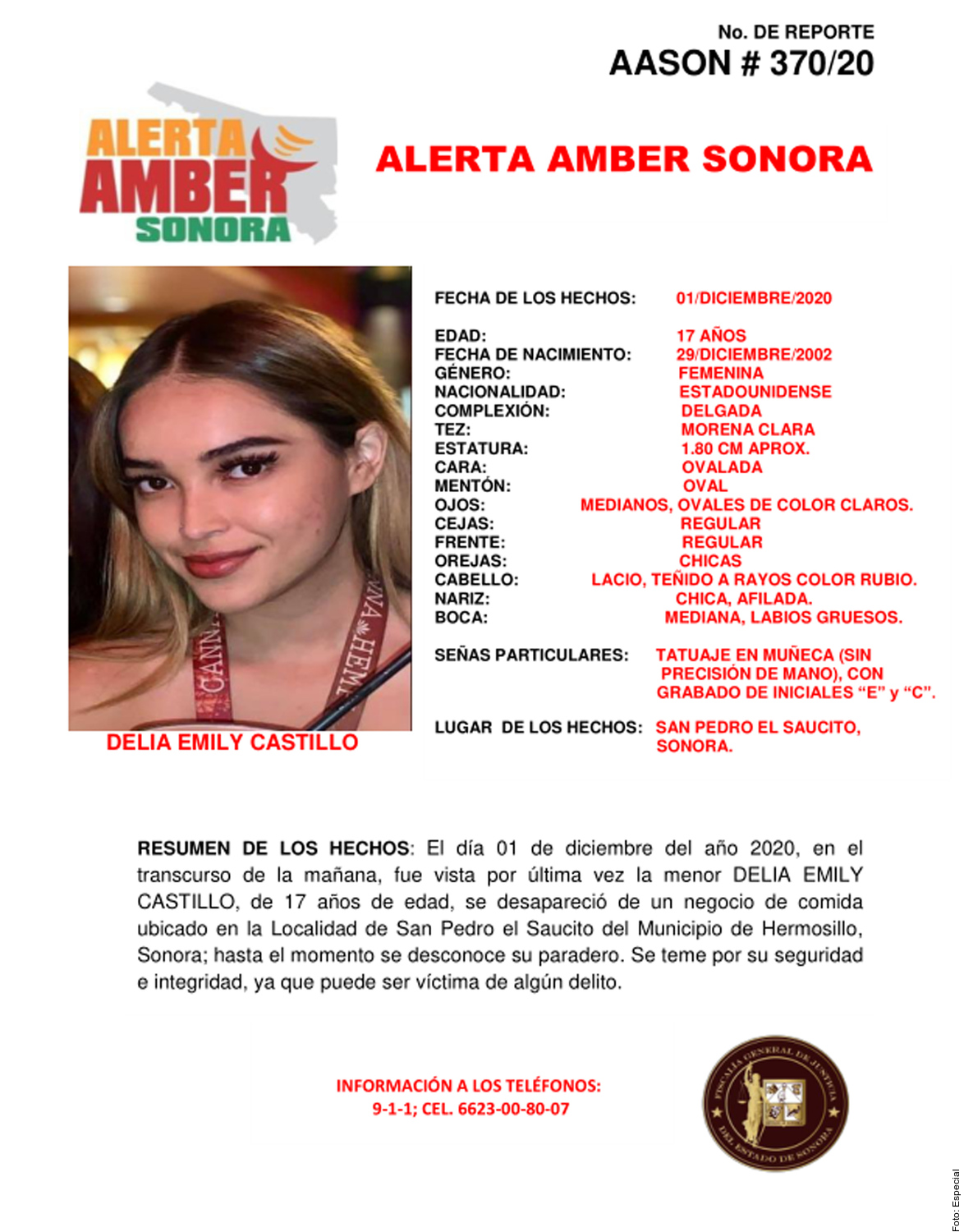 However, when the family returned, the young woman was gone, so they reported her disappearance to the emergency number.

After these events, the Attorney General of the State of Sonora activated the Amber Alert to locate Emily, who was born in Las Vegas, Nevada, and is the daughter of Mexican parents.

“To date his whereabouts are unknown. There is fear for his safety and integrity, since he may be the victim of a crime ”, points to the search tab.

Last night, the State Attorney’s Office reported that according to the investigations, it was confirmed that Emily entered the United States at 5:10 am on Wednesday through the border port of Nogales, Arizona.

In 2017, Emily entered the beauty pageant Miss Mundo Latina USA in the Teen category as a representative of Nevada.

In 2016, she won the titles of Teen Miss Mundo Latina Nevada, Best People Choice, and Miss Arts & Fashion. In that same year, she was the face of the designer Mitzy’s cosmetic line.

Hours after the disappearance, a message appeared on the young woman’s Facebook account that said: “I’m fine, I’m not kidnapped, don’t look for me”; However, the family does not trust the authenticity of the phrases and asks that the search be continued.

Keep reading: Frankie Muniz turns 35: the famous actor from ‘Malcolm in the middle’ who ended up selling oils