The brand claims it will need two years of development

The BMW M3 Touring will become a reality in the medium term. The German firm has confirmed the existence of this body for the first time as a series model. It will share mechanics with the duo formed by the M3 and the M4, although it will not be at the earliest until 2022 when it sees the light. Before, the manufacturer has promised that the prototype with which it will develop the car will be shown.

It has always been intriguing that BMW does not have a sports family vehicle with which to face its rivals and neighbors, Audi and Mercedes-Benz, who are competing with models such as the RS 4 Avant or the AMG C 63 Estate. Well, the wait is going to put an end to the recently introduced new generation of the BMW M3 and BMW M4 duo. Within two years it will become a trio with the landing of the new BMW M3 Touring, a vehicle that has been briefly shown in the following video published by the sports division of the German firm.

Regarding this new model, BMW has stated that it is going to start its development tests imminently. It will do so with a prototype that it has promised to show officially, surely camouflaged. First of all, the first tests will be carried out at the Garching development center, near Munich, before moving on to the usual circuit of Nürburgring Nordschleife.

This is not going to be the first BMW M3 with a family body out there. Some years ago it took shape as a prototype in the generation E46. However, so far it has been the BMW M5 that has most commonly enjoyed a silhouette of this type. The second and fourth generations, unveiled in 1992 and 1997, bet on her. 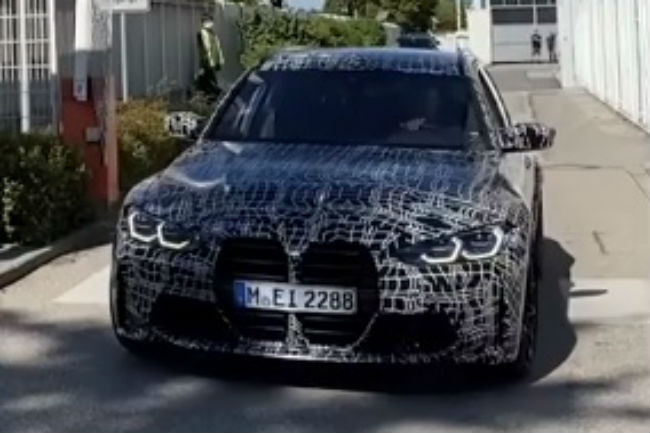 The BMW M3 Touring will be positioned above the BMW M340i xDrive Touring, which is currently the most powerful version of all Series 3 with family body. Its engine delivers 374 horsepower, a figure that would be well below what the engine will offer. M3. This will have a 3.0-liter six-cylinder capable of delivering 480 or 510 horses depending on whether it is the conventional version of the model or the one baptized as Competition.

It remains to be seen which transmission this will equip BMW M3 Touring, as well as its traction system, since it should be remembered that the binomial formed by the M3 and the M4 will offer, depending on the version, propulsion or all-wheel drive and manual or automatic transmission, the latter a Steptronic eight-speed. Its familiar character makes it the meat of an automatic car with four-wheel drive, but we will still have to wait a while to see the path taken by the German manufacturer.