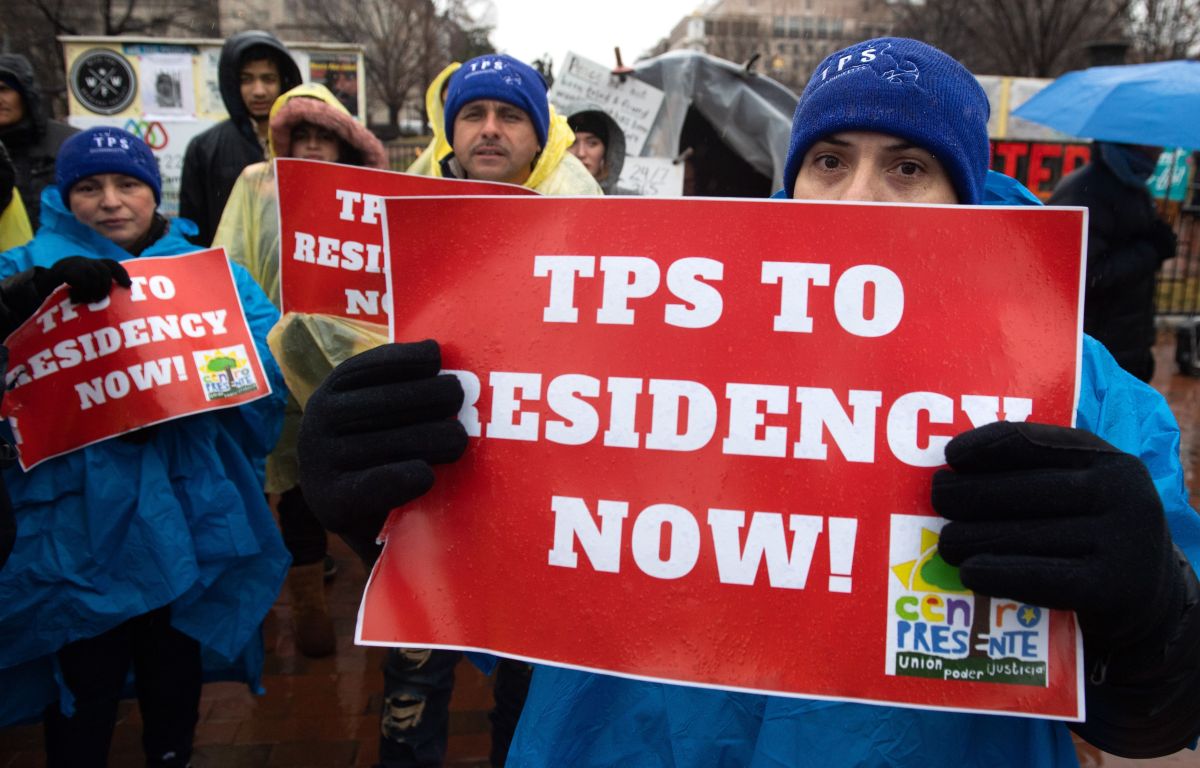 LOS ANGELES – The nine-month extension of the Temporary Protected Status (TPS) for some 400,000 foreigners it is a relief in the struggle of these immigrants, who assure that they will not stop until they get their permanent residence, and they hope to have the support of the president-elect, Joe Biden, to make it.

“We are winning in small steps, this forced decision of the government is the demonstration that together we can achieve a lot, and we have gained visibility,” Julio Pérez, a Salvadoran who has benefited from TPS since 2001, told Efe.

In the last hours, the United States Government announced the extension until October 2021 of the TPS for citizens of El Salvador, Honduras, Nicaragua, Haiti, Nepal and Sudan, which was due to end next month.

FRUITS OF YOUR EFFORT

From his maintenance job at Harvard University, The Cuscatleco claims to feel satisfied by the nine-month extension given by the Government of President Donald Trump as a result of a lawsuit established by beneficiaries of the program and their citizen children who were affected by the termination of the protection.

The decision covers the citizens of El Salvador, Honduras, Nicaragua, Haiti, Nepal and Sudan, which would lose protection in less than a month.

Pérez emphasizes that this extension was not a gift from the White House, nor from the management of any foreign government, but rather from the resistance created from many fronts by the “Tepesianos” themselves, as the beneficiaries of this protection are known. .

The immigrant did his part by leaving his job for more than eight weeks to drive a bus that took a group of 20 beneficiaries across the nation to seek voter support for his cause.

“It was sacrificing a few days of salary, and risking my health, but for my family I had to do it. My work permit expired on January 4 and I was going to be unemployed and without a livelihood for my home, ”explains the 50-year-old Cuscatleco, who arrived in the United States in 1993.

At the other end of the country, Patricia Hernández thanks Pérez and all the activists for their efforts to achieve this extension.

“Horrible, it’s been maddening all this time. Walking around seeing what is done, where we are going ”, confesses the immigrant from El Salvador, and a resident of Portland, Oregon.

Since the announcement of the cancellation of TPS for Salvadorans at the end of 2017, Hernández has been thinking about what to do with his “Pupusería Migueleña” food truck.

“It is a lifetime’s work, I did not want to sell it because not only do I depend on this business, I employ five families,” says the 57-year-old merchant.

It is this message of economic contribution, and in front of essential jobs that has been resounding across the nation since the Trump Administration decided to charge against the program.

Pablo Alvarado, director of the National Network of Day Laborers (NDLON), the organization that supported the lawsuit against the White House decision to end the amparo, warns that the TPS survived the Trump government thanks to the actions of the “Tepesian” people.

“Others are not going to do things for us, this has become clear to us,” insists Alvarado.

With this in mind, the “Tepesians” who were very active in the last presidential elections are heading to Georgia to expand their efforts and encourage the Latino vote in the decisive elections next January for two seats in the federal Senate, and that could tip the balance in favor of the Democrats.

All this work is focused on charging in Congress and the president-elect a permanent solution, the director of NDLON decides.

In this sense, Oscar Chacón, executive director of Alianza Américas, which groups together a large number of pro-immigrant organizations, adds that the new government and even President Donald Trump are already being asked to proclaim a new TPS for those affected by the hurricanes. IOTA and ETA.

In a public letter signed by 230 organizations, activists are calling for immediate protection for immigrants from Nicaragua, El Salvador, Honduras and Guatemala affected by these natural phenomena.

“These hurricanes left a humanitarian crisis, and we need relief again in the form of TPS,” said Chacón in statements to Efe.

There are currently some 400,000 people, from a dozen countries designated by Washington for the program. The largest groups in TPS are Salvadorans with some 250,000 people, Hondurans with 75,000, and Haitians with 50,000 beneficiaries.

The new TPS would not be the only front on which activists are asking the new government for help.

Chacón indicated that an urgent education campaign is needed for state entities such as vehicle departments and employers to accept the new extension that will be published in the Federal Register.

“We have heard complaints from public officials who do not respect Federal Register publications, they do not even know what that is, so we want the order to come from the president himself so that they are educated on this issue,” denounces Chacón.

For his part, Alvarado hopes that the new government will desist from continuing with the judicial process against the TPS. However, it clarifies that the activists have continued with the legal process that finally achieved the new extension.

Pérez knows that many obstacles are still on the way, but he knows that he has already won a very important one, the admiration of his only son, Moises Gabriel Pérez, a 15-year-old man born in the United States, who yesterday told him: “Dad, all that effort in the streets was very helpful, for now we are not going to leave.

“Those words were very encouraging to me. Now our goal is to help in Georgia and then to get to the White House, and again in Congress to talk about our situation, “he concluded.