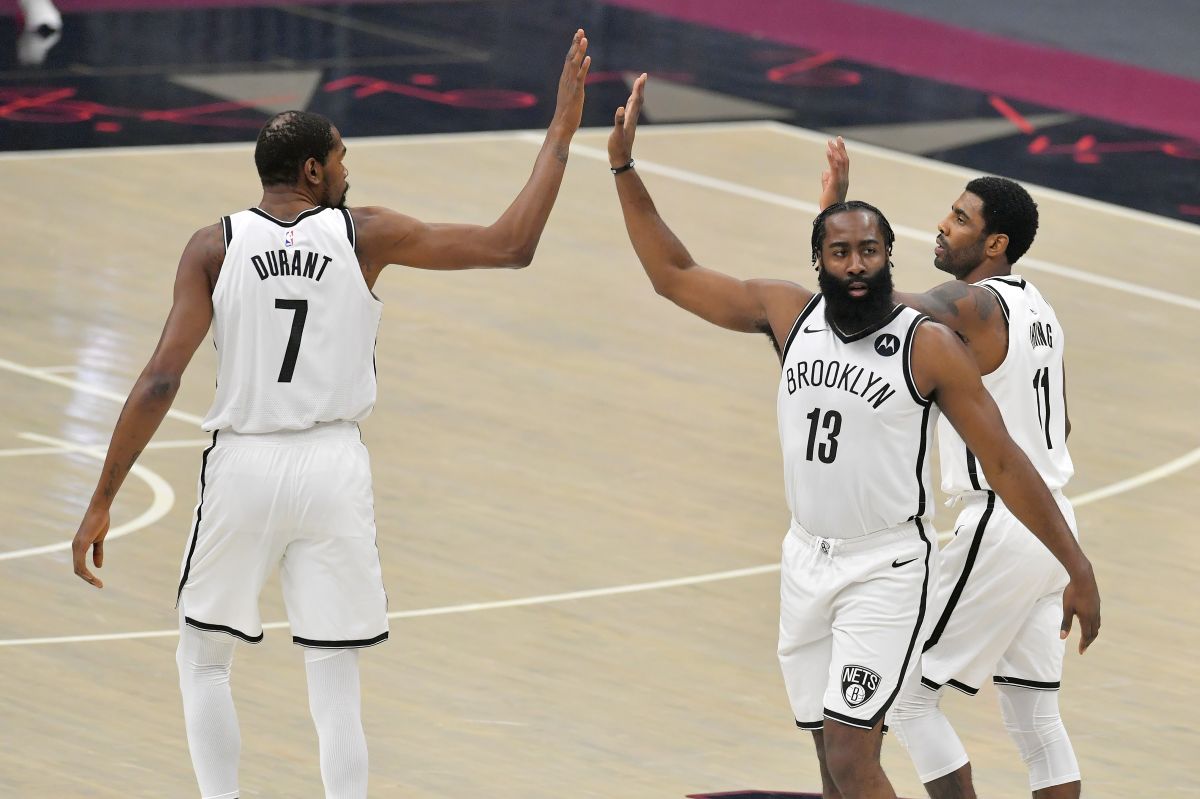 What a stir caused by the transfer of James Harden to the Brooklyn Nets and why not? If his arrival on the New York team made will make up, alongside Kevin Durant and Kyrie Irving, one of the most chilling sporting tridents that have ever been seen.

The “Big Three” that Brooklyn has put together when Harden landed, makes it an absolute and favorite contender super team to win the title, but… Are you the most talented trio to play on the same team in NBA history? It probably is, but that doesn’t necessarily make it the best.

.@RealJayWilliams: “I think [Kyrie, KD and James Harden] might be the best [trio] assembled in the history of the league. ”

James Harden, Kevin Durant and Kyrie Irving, to start fThey were all chosen in the top 3 of the College Draft in their respective years (2008, 2009 and 2011) and all three have remained in the absolute elite of the best league in the world.

Harden and Durant have already won the recognition of the most valuable player in the NBA, KD, in fact, He also won the Finals MVP on both occasions he was crowned with the Warriors, Irving was considered Best in the 2014 All-Star Game and many assure that deserved recognition in the 2016 finals.

Speaking in silver: Harden and Durant are within the Top 5 of NBA players, Irving in the Top 10, this is something never seen before and that generates an expectation as high as the situation deserves.

Very few threesomes in history can be compared to the one Brooklyn put together for this season, but let’s run through the best ones and why the Nets have some great shoes to fill:

“So just let me grow, watch me cook, throw no-looks Like Magic in his prime when Kareem sky-hooked… y’all not Worthy.” I feel like that bar went over everyone’s head pic.twitter.com/rJhuFeQU08

Three Number One Draft Picks (1969, 1979, 1982): From 1982 to 1989 the Lakers averaged 60 wins per season. Magic was the best player in the NBA at the time, Kareem’s best moment had already passed and Worthy always rose to the occasion, winners of three NBA titles.

An unexpectedly successful trio that spent 14 seasons together and won 4 championships. Duncan became the most dominant player in the league, Parker and Manu in their prime they were in the top-10 of the NBA.

Nine years ago, Morry Gash captured one of the most iconic photos of the #NBA
Wade celebrating as LeBron rises to pound behind him.
Many seeing only the photo have always thought that it was an alley oop, but no … pic.twitter.com/y0wJ1BcEe0

To this day, This was the trio that was talked about the most in the NBA; the arrival of LeBron blew up the team and led it to two titles. Again. An absolute dominating force like James, next to an “all-terrain” player like Wade and Bosh, a good paint player, but not on a par with his other two teammates.

The best trio ever! pic.twitter.com/2TxhWT5lXA

ANDThe case of this trio is almost worthy of another subject why? Because not only includes three historical basketball forces world, but fate wanted them to meet 3 of the best defensive players to ever play the sport. They won 3 titles together with the Bulls.

There are few threesomes with whom