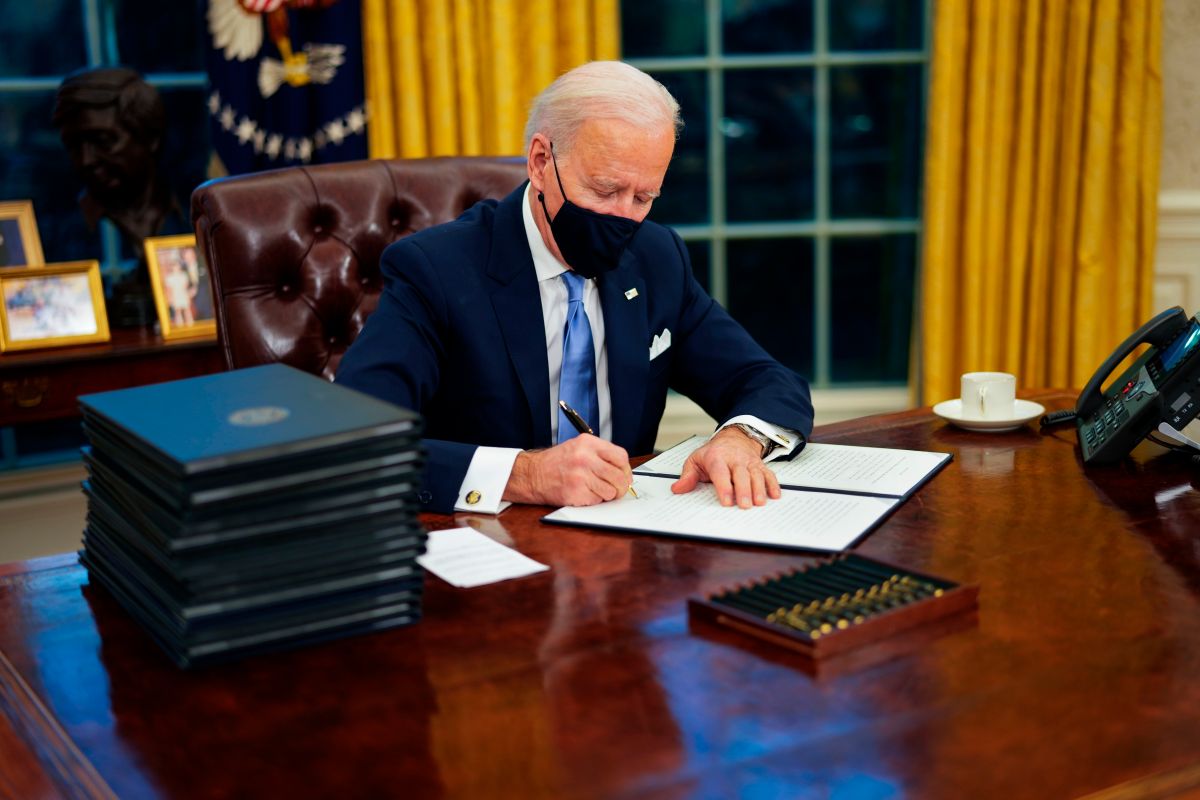 The hard work to undo the legacy of Donald Trump and the great rush to mitigate the effects of the pandemic is leading Joe Biden to include a new day of signing Executive Orders on his third day in office. Today, Friday, the president is expected to extend federal nutrition aid to low-income people with this method through programs that already exist for which the distribution and calculation guidelines are changed.

In addition, Biden will begin to take steps to ensure that more people earn a minimum wage of at least $ 15 an hour.

The White House insists that the most important thing is to accelerate the measures already in place and approve the rescue package for the economy worth $ 1.9 trillion that will begin to negotiate with Congress, but the president believes that there are things like hunger that cannot wait.

In the White House it is estimated at 29 million Americans and 12 million of them children, – one in five Latino families – the number of people who go hungry, which is why the president wants, on the one hand, to increase access to food that normally children They have thanks to the school and they have been transferred to a benefit called P-EBT.

This benefit is about $ 5.70 per child per day. Some households have access problems to these aid, which are also scarce. Biden will order the department to increase those benefits by 15% to better reflect the cost of food and make it easier to apply for this aid.

The department is also changing the guidelines to expedite the increased emergency SNAP benefits already approved to reach the households of lower-income people.

Although the general policy of SNAP has to be established through Congress – the Farm Bill – the guidelines that are issued can change the way of administration and that is what the president can change. And Biden wants to make the Department of Agriculture update the bases to establish these benefits and better accommodate the economic realities of families.

The president is going to ask the Treasury to expedite the procedures to send the check for $ 1,200, the first Economic Impact Payment, which has not yet reached eight million people. To improve the efficiency of the social network due to the pandemic, the Administration will create coordination teams between federal programs administered by the states so that there is greater coordination to reduce waiting time and support in issues such as access to loans by of minority entrepreneurs and there is more efficiency in the payment of unemployment insurance, among other tasks.

Regarding employment, the new president is going to order the Department of Labor to clarify that workers with pre-existing medical conditions and who are at greater risk if they fall ill with COVID have the right to refuse a job that could harm their health and qualify for unemployment insurance.

While waiting for Congress to approve an increase in the minimum wage, which has been $ 7.25 since 2009, Biden has instructed the Department of Labor to prepare an Executive Order in less than 100 days that specifies that the federal government will only contract with companies pay at least $ 15 an hour and provide paid leave to their workers.

The latest Orders of the Day are labor-related and rescind three signed by Trump that eliminated the right to collective bargaining and worker protections for federal employees and will study which federal workers earn less than $ 15 an hour to promote increases.