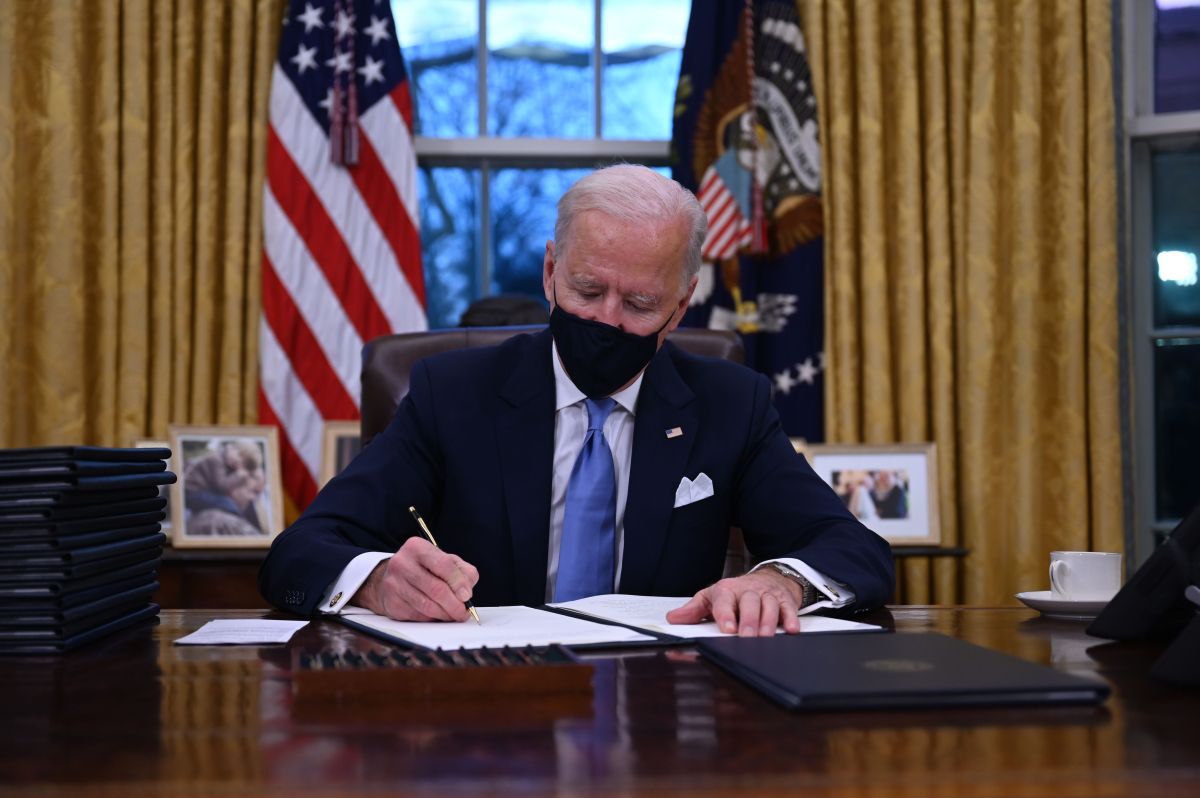 President Joe Biden signed an executive order on Wednesday ordering the arrest the construction of the border wall with Mexico, at the end of the national emergency decreed by his predecessor, Donald trump, to divert funds to that project.

The decree was one of the first he signed when he reached the Oval Office.

Biden also signed an executive order to safeguard the DACA program, which protects some 650,000 undocumented immigrants who came to the United States as children from deportation.

In another immigration measure, Biden signed a decree that overturns the immigration veto that Trump imposed on travelers from 11 Muslim-majority countries, popularly known as the “Muslim veto.” That veto, enacted by Trump when he came to power in 2017, currently blocks nationals from 11 countries with significant Muslim populations from entering the U.S. (Eritrea, Iran, Kyrgyzstan, Libya, Burma, Nigeria, Somalia, Sudan, Syria, Tanzania, and Yemen), and includes restrictions for Venezuela and North Korea.

Biden also presented an immigration reform to give citizenship to undocumented people. The project will be brought to Congress.

With information from EFE.