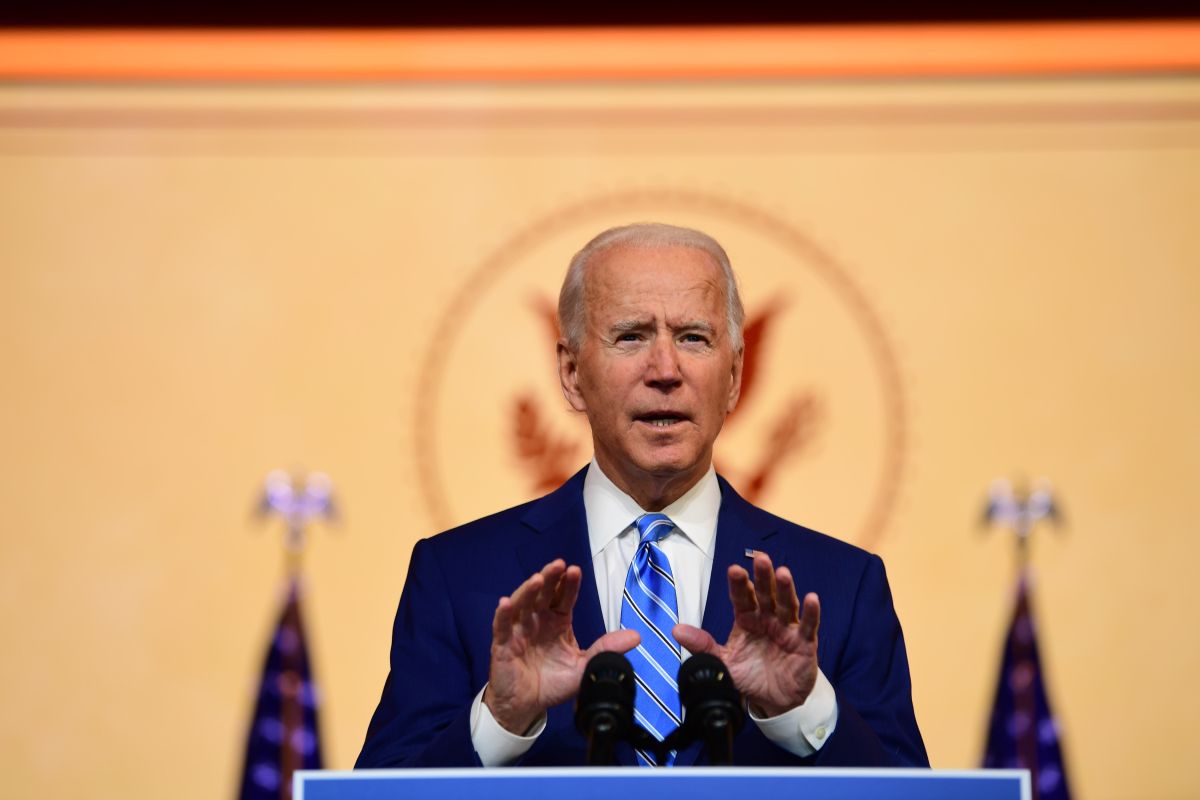 The president-elect of the United States, Joe Biden, promised on Tuesday that 100 million doses of the coronavirus vaccine will be administered in his first 100 days in the White House.

The president-elect made this announcement during the presentation of his chosen ones to occupy key positions of Health in the White House: “This team will help to put at least 100 million vaccines for the covid-19 in the arms of the Americans, “Biden said at an event in Wilmington, where he resides, in which he was accompanied by some of the nominees.

The administration of 100 million doses of vaccine is the second point of the plan to combat the pandemic during its first 100 days in the White House, which Biden outlined during the event.

Regarding this plan, the elected president, who will be inaugurated on January 20, pointed out that the country will not come out of the pandemic soon, but that it will take a while: Even so, “I am absolutely convinced that we can change the course in 100 days of the disease and change life in the US for the better ”, he stressed.

The first point of the plan will be to order the mandatory use of a facial mask, something that he advanced last week in an interview with CNN.

“Everyone during the first 100 days of my Administration will have to wear a mask. It will begin with my signing of an order on day 1 that will require the mask, where I can under the law, such as federal buildings and interstate travel on airplanes, trains and buses, ”he listed.

“I will also work with governors and mayors to do the same for the states and their citizens,” he added. We are going to require (the use of) a mask wherever possible, but this is beyond the action of the federal government ”.

The third and last point of the plan will be the face-to-face return of the students to the schools.

“It should be a national priority that our children go back to school and keep them in school,” said the president-elect.

On the other hand, Biden criticized without explicitly naming the outgoing president, Donald Trump, when he mentioned his administration’s efforts to end the Affordable Care Act (ACA, in English), popularly known as Obamacare.

“The healthcare is a right for everyone, not a privilege for a few, “said Biden, who highlighted that while the country has exceeded 15 million infections and 285,000 deaths from covid-19” the outgoing Administration is asking the Supreme Court to revoke the entire Law of Affordable Care ”, just when it’s needed most.

Biden spoke these words during the formal presentation of his nominees for key positions in Health, including the current California Attorney General Xavier Becerra, and epidemiologist Anthony Fauci.

Becerra, of Mexican origin and elected to lead the Department of Health and Human Services (HHS, in English), intervened in the event this Tuesday by videoconference from California.

“Nobody, nobody should die alone in a hospital bed, with loved ones forced to stay away,” said Becerra, while recalling the death a year ago of his father, Manuel, surrounded by his family at home.

In his speech, Becerra also defended that the department he will direct, if confirmed by the Senate, “has never been as vital, or urgent, as today.”

And he remembered, addressing Biden: “to rebuild a prosperous AmericaWe need a healthy America, and that will be the number one task for your team at HHS. “