With his refined boxing and iron defensive ability, Lara (27-3-3) dominated the challenger Vendetti (22-4-1) and this was reflected in the statistics: 161 hits connected by the champion in exchange for 88 from his opponent.

Lara, who in 2014 came very close to defeating “Canelo” and who has been 8-1-1 since then, said that next she wants the winner of Jermell Charlo and Jeison Rosario.

It may interest you: Russian giant Alexander Povetkin achieved the best knockout of 2020 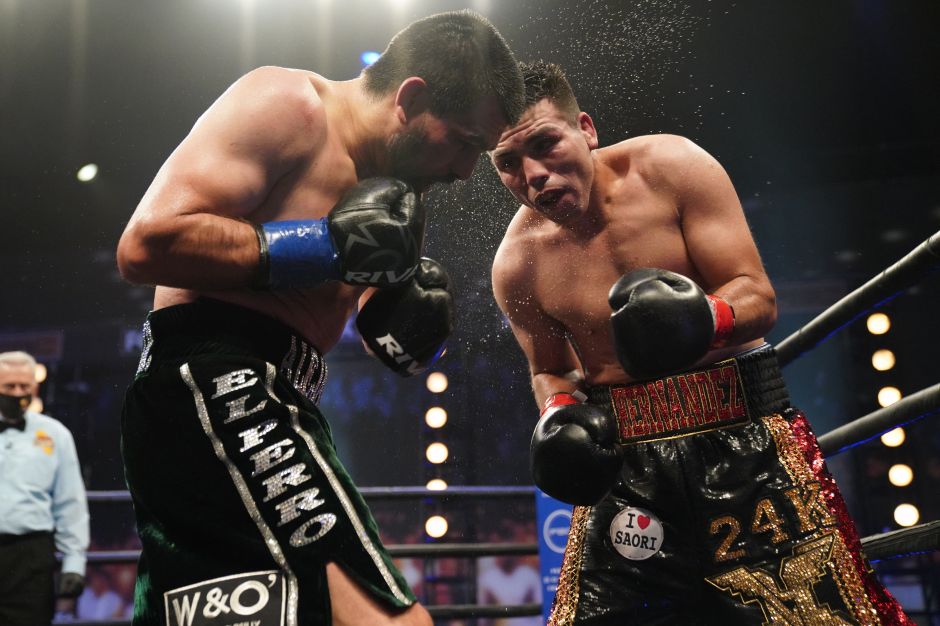 In the same function at the Microsoft Theater, the legendary Mexican gladiator Alfredo “Perro” Angulo was defeated, although perhaps he deserved better luck from the judges.

The Mexicali, Baja California native fell to Vladimir Hernández (12-4), a man born in the Mexican state of Durango.

The 10-round fight in the super middleweight division went to the scorecards and the three judges saw Hernández as the winner by 98-92. But “El Perro”, true to his history and reputation, gave everything in the ring and even connected more than his rival (351 against 306).

Vladimir Hernández was not the winner in the statistics, but he was in the judges’ scorecards. Defeats ‘Dog’ Angulo by unanimous decision. #PBCenFD @ terrible100 @MottaJaime @JessiLosadaTV @premierboxing pic.twitter.com/QP8Qo7G14X

According to data from CompuBox, the two fighters combined to land 2,137 punches, a record of said service for a super middleweight lawsuit.

Angulo, now 26-8, has lost three of his last five fights and six of his last 10. His retirement from the ring is getting closer to 38 years old, although before this fight he claimed to feel rejuvenated.

Although there were obviously no spectators in the venue, it was curious to observe cardboard images of fans, in the manner of sports such as baseball.

IT MAY INTEREST YOU:

Dana White on Oscar de la Hoya’s return to the ring: “Cocaine is not cheap”

The return of Julio César Chávez Jr. is confirmed, but now he does have everything against him