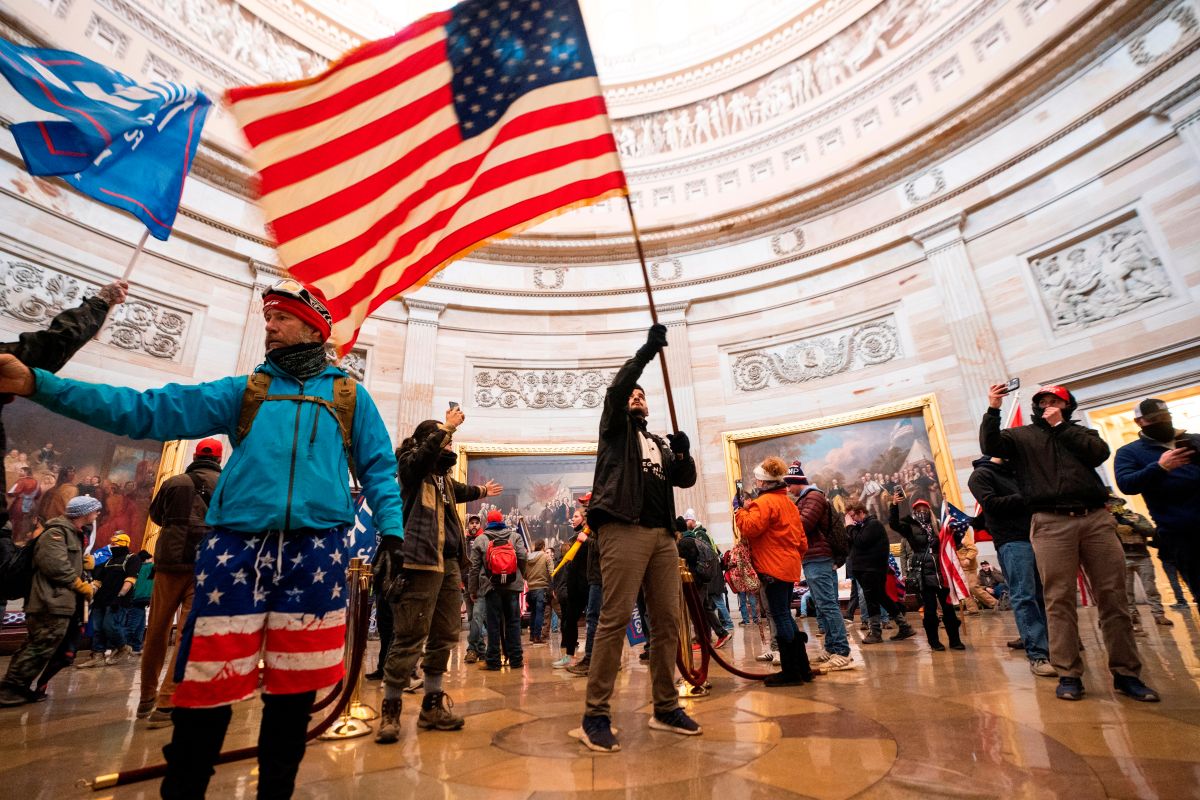 Sack of the Capitol on January 6

Eduardo Florea was arrested last night by the FBI in a house in Queens (NYC) for alleged online threats to send an armed caravan to the United States Capitolpolice sources said.

Florea, 40, was arrested on a federal weapons charge at the home in Middle Village near Elliot Avenue and 76th Street. Sources said Florea is suspected posted online about the Capitol siege last week, though it was determined that he did not attend Washington DC.

It was not immediately clear whether the alleged threat from the caravan was related to the disturbances at the Capitol or a potentially planned separate event.

Florea was also being investigated for possible connections to the far-right group “Proud Boys”, the sources said to ABC News.

In addition to federal agents, members of the NYPD Counterterrorism Office They were seen in that house last night.

Also yesterday in New York the FBI arrested Aaron Mostofsky, son of a conservative Brooklyn judge identified as one of the attackers on the National Capitol last week. AND Will Pepe, an MTA employee, was arrested for the same reasons, in White Plains.

There is growing calls for President Donald Trump to resign or be removed from office, because the Democrats and several Republicans believe that he is the culprit of the siege of the Capitol that he left at least four civilians and one police officer killed. But yesterday the defiant president denied any responsibility for the attacks.