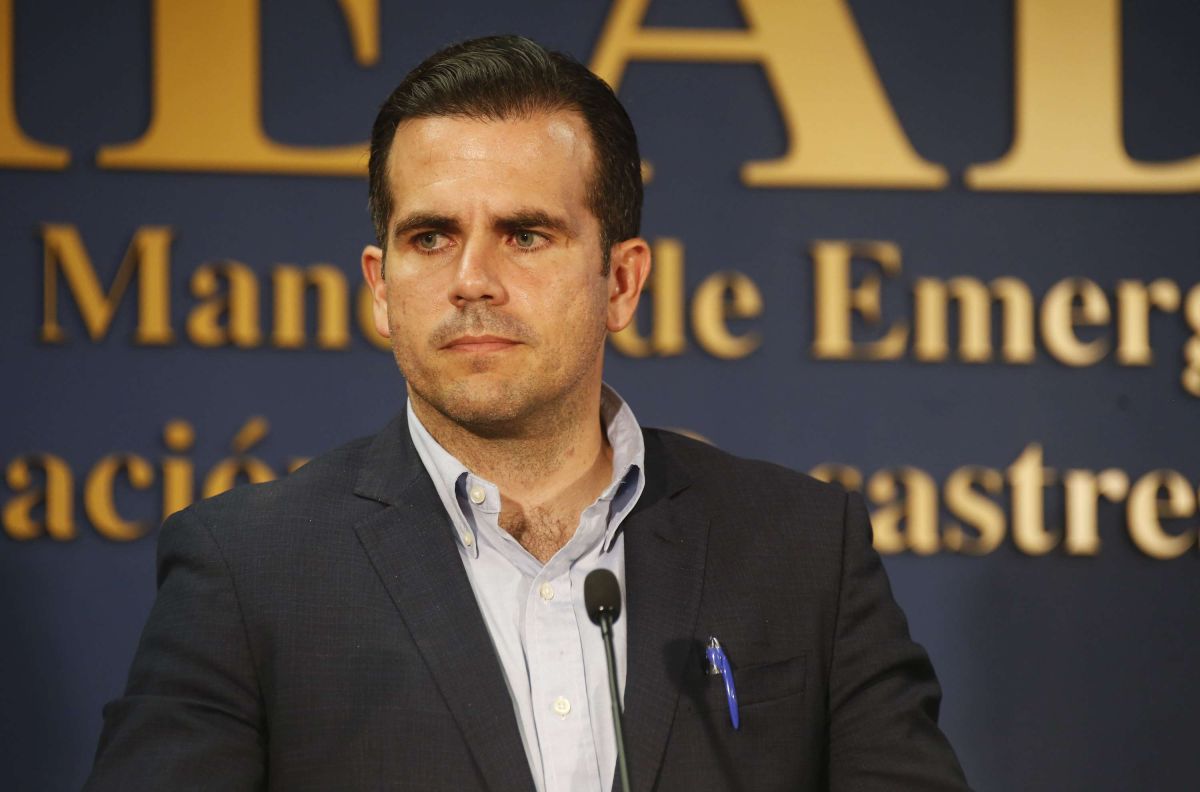 After more than a year of leaving Strength, the former governor of Puerto Rico, Ricardo RossellóHe acknowledged that resigning from the governorship was a “painful” process, but now he celebrates that his life is beginning to take another turn and seeks to vindicate himself before the people.

In an interview with The New York Times, the scientist revealed that he began working as a consultant for the cloud services company My Business Matches and is investing in a Chinese company to develop a treatment for COVID-19, while last month he bought a house on the outskirts of Washington DC for $ 1.2 million after living for a year between apartments and rentals from the Airbnb app.

As president of the island, the former professor earned $ 70,000 annually.

The company he works for is based in San Antonio, Texas. According to the Comptroller’s Office, the company had two contracts during 2015 and 2018, respectively, with the Puerto Rico Trade and Export Company.

The people forced him to resign

Rosselló resigned amid the protests against him after the 889 pages of the controversial were published Telegram chat between him and 11 relatives. On this messaging platform, they wrote homophobic, misogynistic and insulting comments, discussed public and partisan policy issues. He also gave instructions for managing the government’s strategies.

The protests, which lasted for more than two weeks, ended with his resignation on July 24, 2019.

“It was painful to lose the position of governor”, he assured in the interview. “It was painful because I worked so hard to achieve it and I believed we were doing good things. But I think what has been really painful is this kind of total destruction of my reputation “he added.

He revealed that he knew he had to leave office when, in the middle of the demonstrations, he had an accident against a hole in the road with his family. He indicated that his two-year-old daughter, Claudia Beatriz, thought they had been shot.

“It was evident that he could not protect her”he confessed. “That was the moment where it really came true.”

The “chat of shame”

The chat was, for many, what accentuated the indignation against the ex-president, since the questioned handling of Hurricane María and the arrests for corruption of several officials of his administration took the people to the streets.

Rosselló, however, considered that it is his moment to “Show the other side of that story” and “from my point of view, everything I did, I did for the people of Puerto Rico.” The former governor seeks to clear his name and accepted that for that he hired professional relations.

“I’m not looking for people to think that, you know, I’m a gift from God to the world, but I don’t expect them to see me as the opposite,” he added in the interview that was published in English and Spanish.

Before that, He stressed that after the hurricane, he spent a week without sleep and that he went out to rescue people in trouble due to the atmospheric phenomenon. That led him, according to him, to suffer from post-traumatic stress disorder in the days following the disaster that left over 3,000 dead on the island.

“Maria’s deaths are a terrible, terrible pain that I always carry,” he said in the interview with the US media.

Likewise, He defended that his administration achieved important energy reforms, measures to combat corruption and an increase in the salary of construction workers.

The former governor, who admitted that he has slowly returned to normalcy, acknowledged that during his tenure there were “failure of judgment” and that his biggest mistakes were, according to the interview, “trying to change many things too quickly, working too much and not getting enough sleep. enough”.