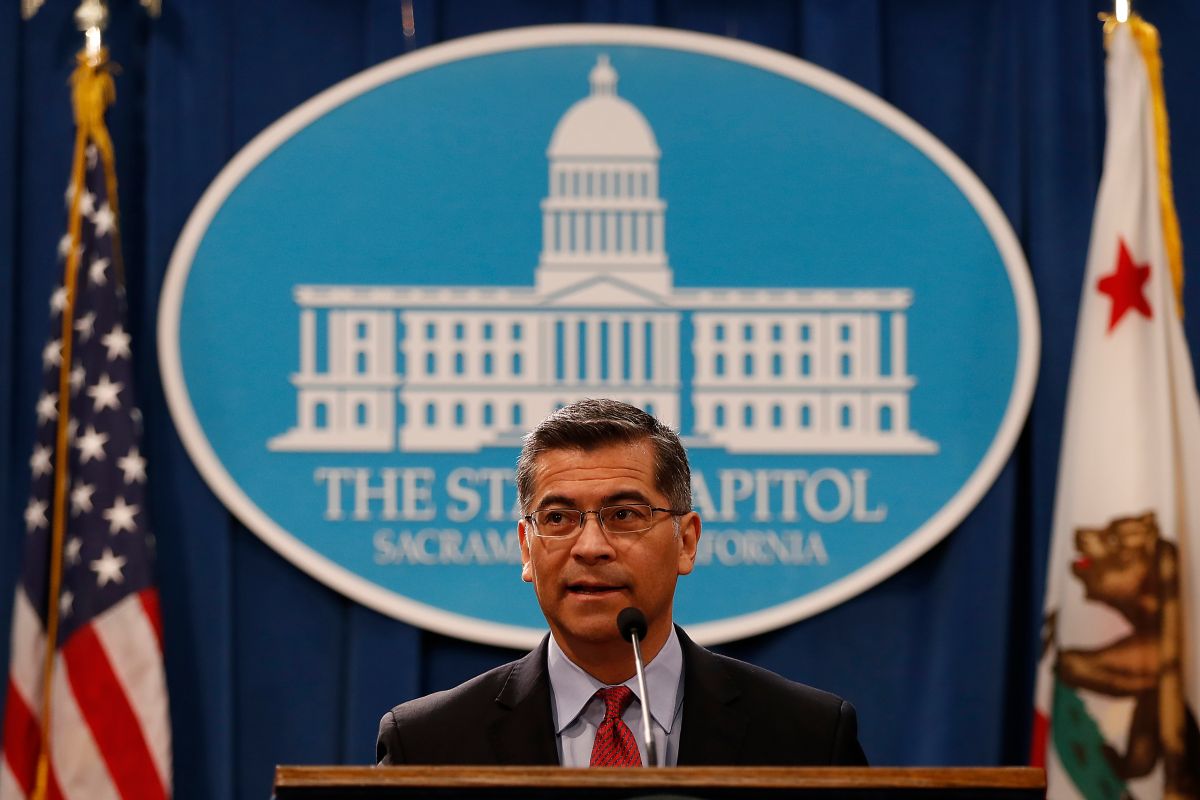 44 days until the inauguration of the president-elect Joe biden, who – along with his team – will face a strong challenge against the coronavirus pandemic, which already has more than 15 million infections and almost reaches 300,000 deaths in the country.

Along with the economic team, presented last week, the health team will have the responsibility of defining and implementing strategies that help reduce infections and ensure immunization with the vaccines that, by then, should be in distribution.

For the challenge, President-elect Biden will include the California Attorney General, Xavier Becerra, at the head of the Department of Health and Human Services, and at Dr. Anthony Fauci, who will be a key element in the team against COVID-19.

Becerra’s nomination was announced on Sunday, something that civil organizations have celebrated by considering that it is an achievement for the Latino community to have an official of that level in the cabinet in the new administration, in addition to highlighting his career and the benefits that you can bring in your new position.

“The first Latino to potentially serve as HHS secretary, Attorney General Becerra possesses the leadership, knowledge and experience necessary to help guide our healthcare system through the most dangerous period in modern history,” said the National Association of Latino Democratic Officials (NALEO, for its acronym in English).

This group is part of a coalition of 42 Latino associations that have pushed the appointment of public servants in key positions in the Biden Administration.

He adds that Becerra has extensive knowledge of health issues and knows the priorities of the most vulnerable groups, since as a representative he voted “to prioritize programs such as Medicare, Medicaid and Social Security”, coupled with the fact that he became the first Latino in history of California to serve as Attorney General. One of his greatest accomplishments is leading the coalition of 20 states plus Washington, DC to protect Obamacare.

In fact, President-elect Biden’s transition team singled out Becerra as a long-time advocate for ensuring “access to health care,” and his confirmation would lead to him being the first Latino to hold the cabinet position. .

The organization Latino Vote He also highlighted Becerra’s nomination, considering that as Attorney General he has helped seek “equity” among communities of color, including Latinos.

“As California Attorney General, he spearheaded the challenge to protect the Affordable Care Act, stood up to polluters, and protected communities of color who are particularly affected by the effects of climate change,” Maria Teresa Kumar, President and CEO of the group. “In the midst of a global pandemic, he is someone we can trust to control this virus, prioritize the health and safety of all Americans.”

The Center for American Progress (CAP) also celebrated Becerra’s nomination, considering that he will responsibly attend to “the most urgent task” for the United States.

“Becerra brings the necessary experience to get the job done, one that is sorely lacking as the country faces the biggest public health crisis in generations,” he said. Mara Rudman, Executive Vice President of Policies of that organization.

Next to Alejandro Mayorkas, nominated as Secretary of Homeland Security, Becerra would occupy one of the highest positions in the incoming cabinet.

The best against COVID-19

Dr. Fauci led the White House task force created by the President Donald trump against the coronavirus pandemic, but his figure was reviled by the president when his positions went in the opposite direction to conspiracy theories and the dismissal of the pandemic.

President-elect Biden has recognized the contributions of the director of the National Institute of Allergy and Infectious Diseases and basically awaited his confirmation of officially joining his team.

“Among the country’s most trusted figures throughout the pandemic and for decades past, Dr. Fauci will continue to be an essential voice both in informing the public about health risks and safety measures, and in helping to the scientific community, the Biden-Harris administration and officials to overcome the pandemic, ”says the transition team.

Both President-elect Biden and Vice President-elect, Kamala harris, highlighted the profiles of Becerra, Fauci and the group of five additional experts to join the medical team.

The other nominees are the Dr. Vivek Murthy as Surgeon General; the Dr. Rochelle Walensky to lead the Centers for Disease Control and Prevention (CDC); the Dr. Marcella Nunez-Smith as chair of the COVID-19 Equity Working Group; to Jeff Zients as COVID-19 Response Coordinator and advisor to the President, and Natalie Quillian as Deputy Coordinator of the Response to COVID-19.

“This team of trusted and accomplished leaders will bring the highest level of integrity, scientific rigor, and experience in crisis management in the face of one of the greatest challenges the United States has ever faced: control the pandemic so Americans can return to work, return to their lives, and to their loved onesBiden said.

He added that his team will implement different measures that include the application of tests, the ordering of the use of masks, supervising the distribution of treatment and vaccine against coronavirus, as well as helping to expand access to medical services to the most vulnerable groups.

“They are some of the best doctors, public health experts and public servants proven in crisis situations”, he expressed. “It is the equipment the American people need and deserve to make quality, affordable health care available to all and to help ensure that safe and effective vaccines, testing and treatment are free and widely distributed. equitable manner ”.

The official announcement of the new team will be this Tuesday.