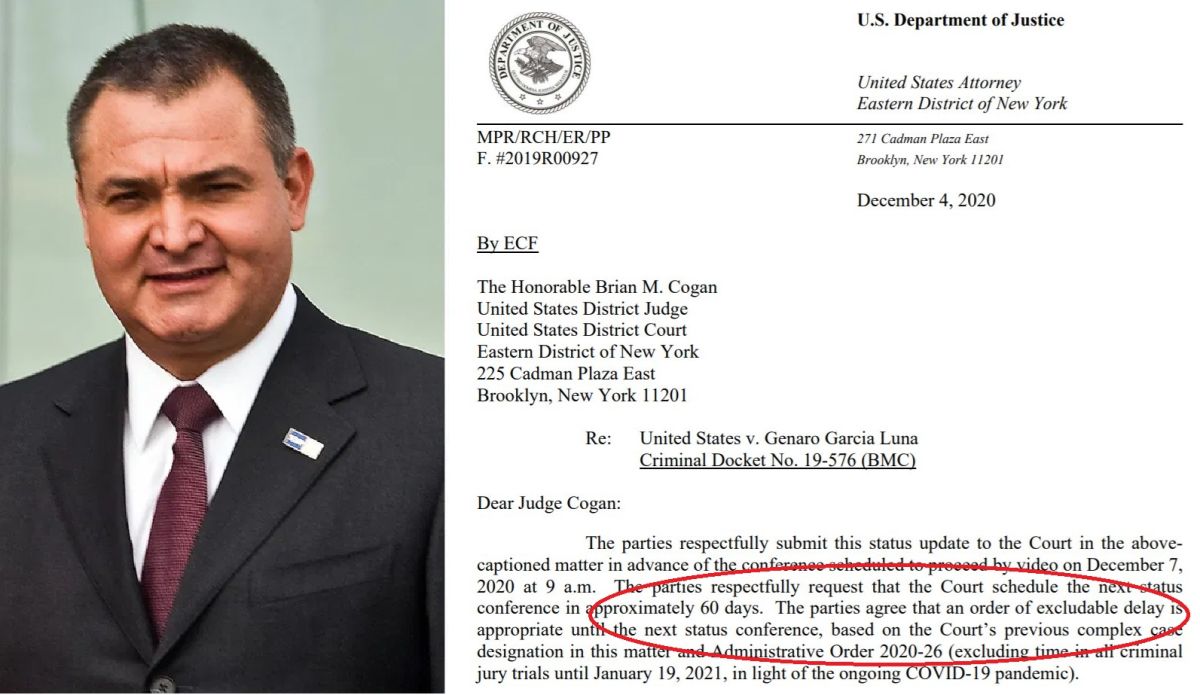 Judge Brian Cogan postponed the case of the former secretary of Public Security, Genaro Garcia Luna, to give the defendant and his defense time to review new evidence against him, although the Mexican’s lawyer opposed the motion.

Cesar de Castro, A lawyer for the former Mexican official, he complained that he has not been able to speak with his client since last October, in addition to revealing that he was in quarantine, due to the increase in cases of coronavirus in the Metropolitan Detention Center (MDC) in Brooklyn.

He anticipated that he will ask prosecutors to allow his client to leave before the threat of more people with COVID-19 in the prison located in Brooklyn.,

At the hearing on Monday, Judge Cogan said that he will wait for the official position of the defense, but determined a new hearing for February 17, 2021, in addition to deducting that time for the basic period before the start of the trial.

Last week, prosecutors revealed the discovery of new evidence against García Luna, in addition to requesting an extra 60 days to review the information, but the defense did not respond over the weekend.

The case of the former police chief of the governments of Vicente Fox Y Felipe Calderon it got complicated in July with the revelation of a cartel-like scheme operated by the federal government, in order to help and protect the Sinaloa Cartel in its drug business.